Choice is an important part of player engagement in boardgames. Players want to think they are in control even when a game is built to be pure luck. That element of choice is what drew many players to  Dead of Winter, the smash hit Plaid Hat Games board game centered in a zombie apocalypse. While the game was full of hard choices to make about resources, Crossroads cards also featured choices that were personal to the characters in the game that had immediate and heavy consequences on the board. 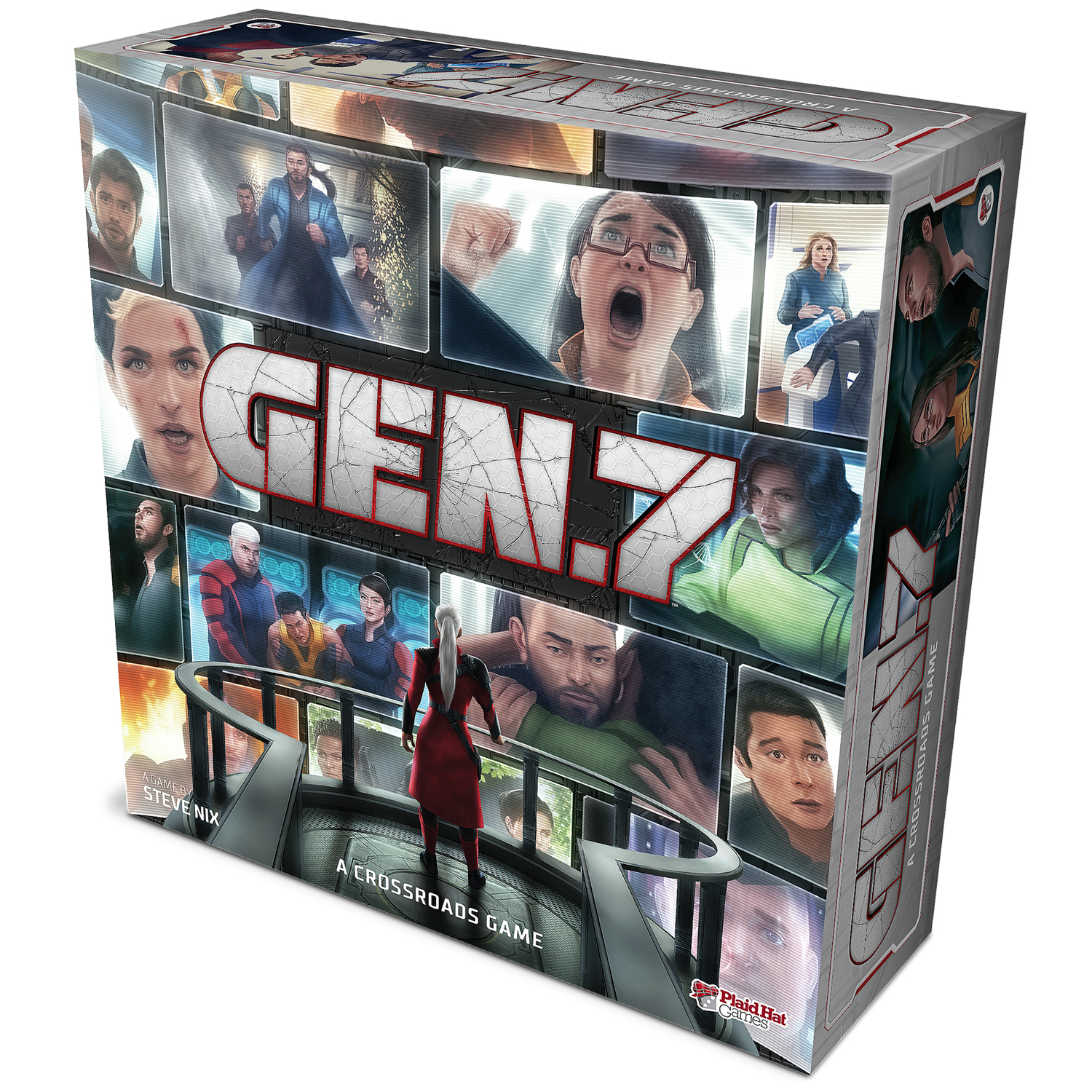 The Crossroads system has returned in an all-new game and an all-new genre with GEN7. The game  uses the system in a worker placement game set on board a colony ship bound for a human space colony. Depending on the choices made, the way the story plays out might change from  Star Trek to  Mass Effect or even a little Alien.

Each player chooses to be the officer of a different section of a colony ship, which the players name and personalize at the start of the game. The players place their workers to balance between the needs of the ship and their own personal glory. Accomplishing personal goals nets the player merit points which increase their rank and allows them to unlock experience based perks. Completing critical tasks keeps the ship from breaking down and lowering the efficiency of each of the departments. Neglecting tasks often on one side often causes bad stuff on the other. Failing personal objectives often costs merit and makes the player gain abilities less often, while skipping critical tasks means things like the servers overheat or a food-producing biosphere is contaminated by radiation. 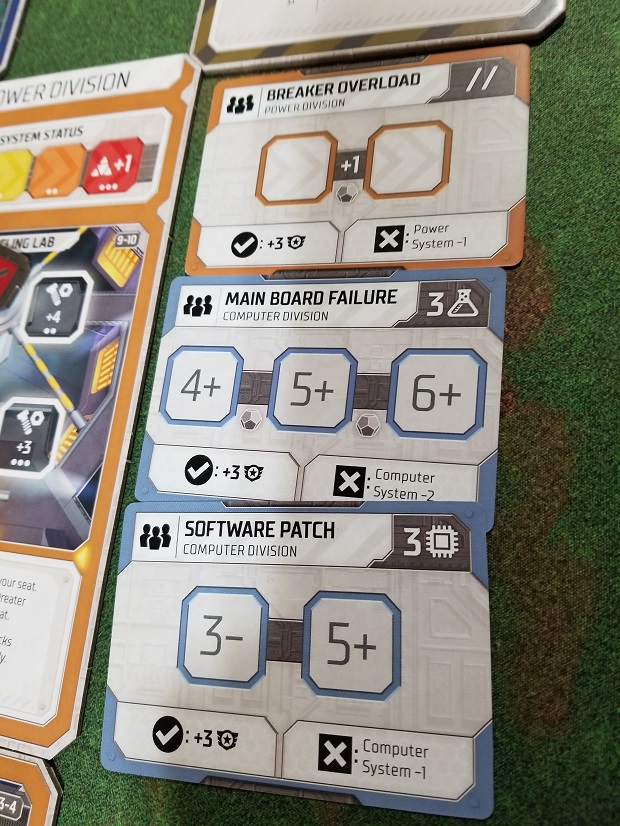 There are also story complications that the players must deal with. Each player chooses a character they are grooming to be their replacement on the next part of their journey. These personal storylines are combined with larger events in the Crossroads deck and are drawn whenever the player uses their officer die in a position on the board. If the situation on the card matches the one that just happened, like the officer was placed into the computer lab, the card triggers.

Like Dead of Winter, Crossroads cards offer a choice that can affect the game right then and there. However, the personal storyline cards play a bit more like Bioware games, where the consequences of a choice might not play out completely until a few games down the line. The mix of big and small problems give the game a sci-fi TV series like feel where the main plot pulls everyone together, but the character subplots pay off at the end of the season.

The main plot comes in a stacked heavy spiral notebook that players look to for each game’s set-up. The book tells players what cards to add and when to open the mystery envelopes to add more game components in between sessions. It also offers a big juicy choice in each game session that affects the overall storyline. All the players have to vote on which direction to take the story. This is where the other mechanics of the game intersect. Choices made on other Crossroads cards can tip the scale towards one of the choices, which are usually split between logic and emotion. Players who rack up Merit points also ascend in rank, which means they get more votes on working out a choice. That can lead to some fun table chatter and plot discussion once the vote math has been determined to flip the one player whose vote really matters. The game is fun when everyone is unanimous but I’ve also seen some arguments that wouldn’t look out of place in an Enterprise ready room that get everyone involved. 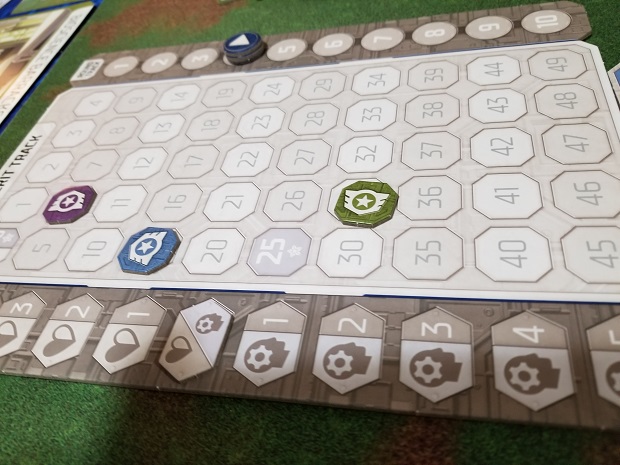 At its heart, GEN7 shares a lot of similarities with another game famous for trying to put out four fires with enough resources to put out two, three if the players are lucky or good:  Battlestar Galactica. The game doesn’t get easier as more mechanics get added in as those envelopes get opened. Yet it never seemed overwhelming. Instead, the players got good at figuring out what things could break or go unsolved. The plot missions often took priority while things like unfilled paperwork and minor breakdowns on the Aldrin-V fell by the wayside.

While it has a lot of the trappings of a legacy game, it’s also designed to be reset. Cards don’t get ripped up or written on (only the record sheet for the campaign does, of which several are included) and everything can be put back in the envelopes to be played from the beginning for those groups who want to see how the different choices play out. I admit to indulging into a little “stuffing my fingers as bookmarks in the Choose Your Own Adventure paperback” chicanery just to see how different the stories could be. I was not disappointed.

Players looking for a game that feels like a season of a short intense sci-fi drama might want to choose GEN7 to binge. It does a good job of rewarding smart play while also offering a compelling story to tell from beginning to end.

What is your favorite sci-fi show? Let us know in the comments!

Disclaimer: A copy of the game was provided by the publisher.