Ang Lee directing a relatively generic action movie was a head-scratcher from the jump. But the Oscar-winning director has always looked for new and interesting ways to make movies, so Gemini Man was a major curiosity. The big technological advancements on this one consist of impressive de-aging technology used on star Will Smith, and an exhibition frame rate of 120 per second, the same as used on Lee’s previous film Billy Lynn’s Long Halftime Walk. I went in thinking I’m just there to watch the technology and the movie itself is probably supremely forgettable. But once the movie got going, I enjoyed the ride, although I wished the gimmickery would go away.

Gemini Man feels like a never-made John Woo movie from the ’90s whose premise, like those of Broken Arrow and Face/Off, feels both utterly preposterous and yet somehow perfectly believable within the context of what we’re watching. Smith plays Henry Brogan, a highly-trained government assassin who’s ready to retire. But because of a bit of information he may know from his final job, private military firm Gemini decides to kill him, and to do the job they dispatch their new, perfect weapon: a clone of Henry, who’s several decades younger than his target.

Right? Silly. But since we already knew about all of this–the trailer even comes at it from Junior’s point of view–we’re not blindsided. On the run from “himself,” Henry eventually recruits Dani (Mary Elizabeth Winstead), a young government agent initially sent to spy on him, and Baron (Benedict Wong), another retired spy, to get answers. But eventually, Henry has to confront his clone and reckon with the teachings of his sadistic former commanding officer (Clive Owen), who’s now in charge of Gemini.

Despite being co-written by Game of Thrones showrunner David Benioff, it’s supremely by-the-book sci-fi action. But I dug the story and its pacing – it’s definitely nothing special narratively, but it’s fun. The performances are mostly solid, even if Smith’s voice as his younger iteration  feels slightly manufactured, and Owen leans into the hamminess of playing a villain. But as Henry and Dani, Smith and Winstead share a great rapport and make for a very effective on screen partnership. 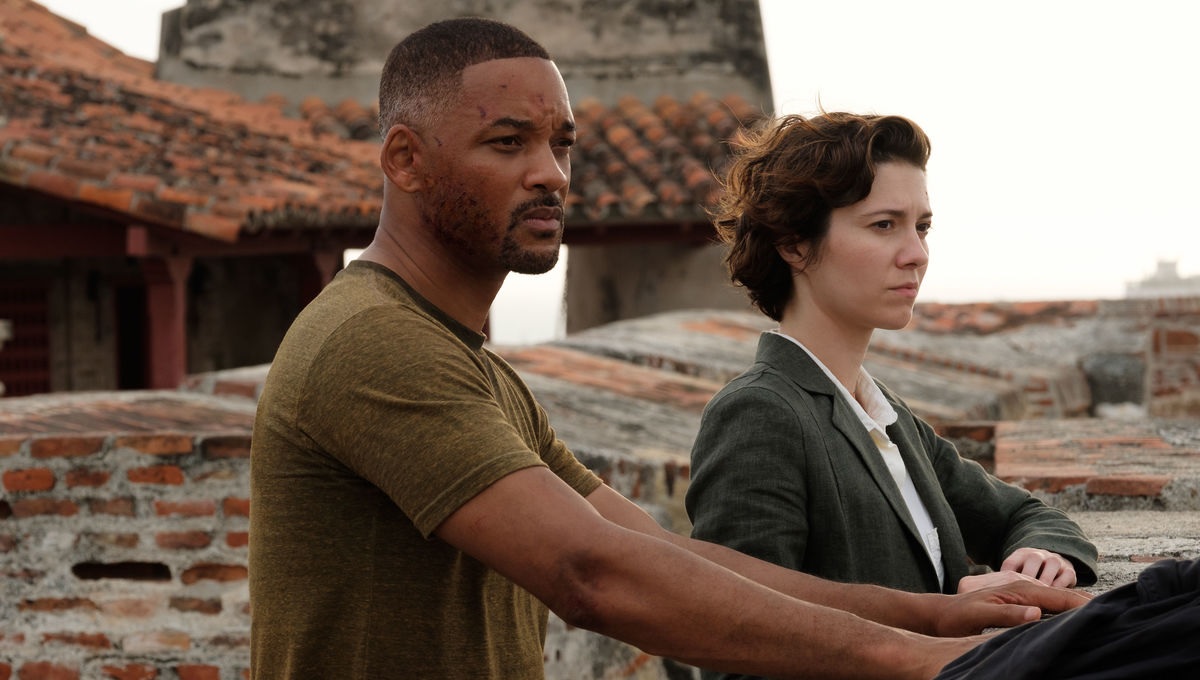 But the look of the movie, sort of the raison d’etre for Lee to make it in the first place, just really doesn’t work. Traditional film exhibition unspools at 24 frames per second, a standard established in the medium’s earliest days. Video recordings play at 30 frames per second, which definitely look a bit smoother and less “cinematic.” But when Peter Jackson’s first Hobbit movie was exhibited at 48 frames per second, it looked weird, like a TV documentary about a Middle-earth movie. And at 120 frames per second, Gemini Man looks like it was shot on a very high-quality phone camera, but not in the cool Soderbergh way.

The movement is incredibly smooth, but movement – such as people walking around – looks like everything being slightly fast-forwarded. But in big action sequences, the format becomes a distraction. Lee shoots these scenes in big, wide, often continuous shots that feel like a cut scene from a video game. Specifically certain arcade games. And because of the uber-high definition of the cameras, everything has to be bright. There’s hardly any true shadow; the most we have is “dimness.” 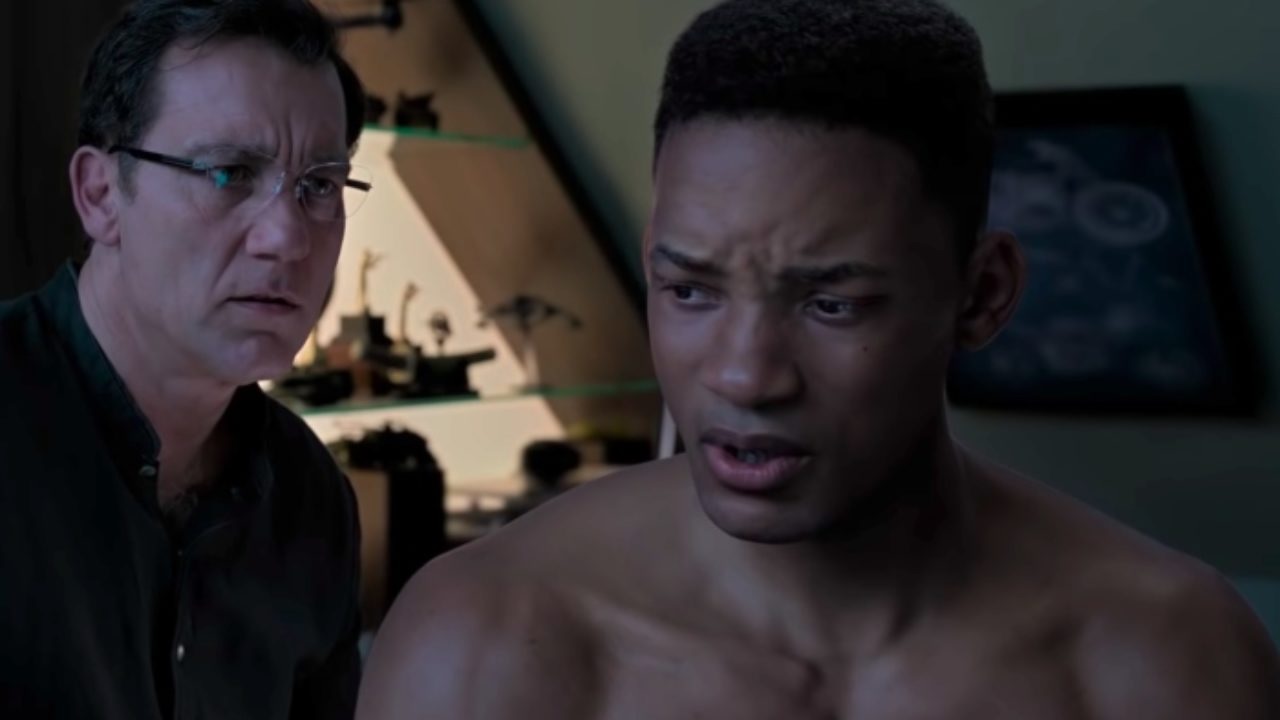 And a consequence of the brightness is that the CGI used in the film seems that much more conspicuous, and less convincing. In a lengthy motorcycle chase through the streets and rooftops of a town in Colombia, for example, obviously neither version of Will Smith is actually him. But whether they’re stunt-drivers with Smith’s faces plastered on or they’re fully digital characters, virtually none of it seems real. Eventually the motorcycles themselves become the weapons and they fly across the screen with zero heft. I even laughed once because of a particularly unbelievable moment presented unbelievably.

When the two Smiths engage in a prolonged fistfight, it feels even more video-gamey. In fact, whenever younger Will Smith does anything, it just looks like he belongs in Spider-Man for PS4 or something. All of the action sequences had me thinking how they’d look if they appeared in a Tom Cruise Mission: Impossible movie and the answer I kept coming back to was “realer.” As we go further into the movie, even more video game type scenarios show up. And dear heavens whenever things go into slow-motion–which happens once or twice–it’s like Ang Lee is saying “Here, let’s really show you how fake this looks.” 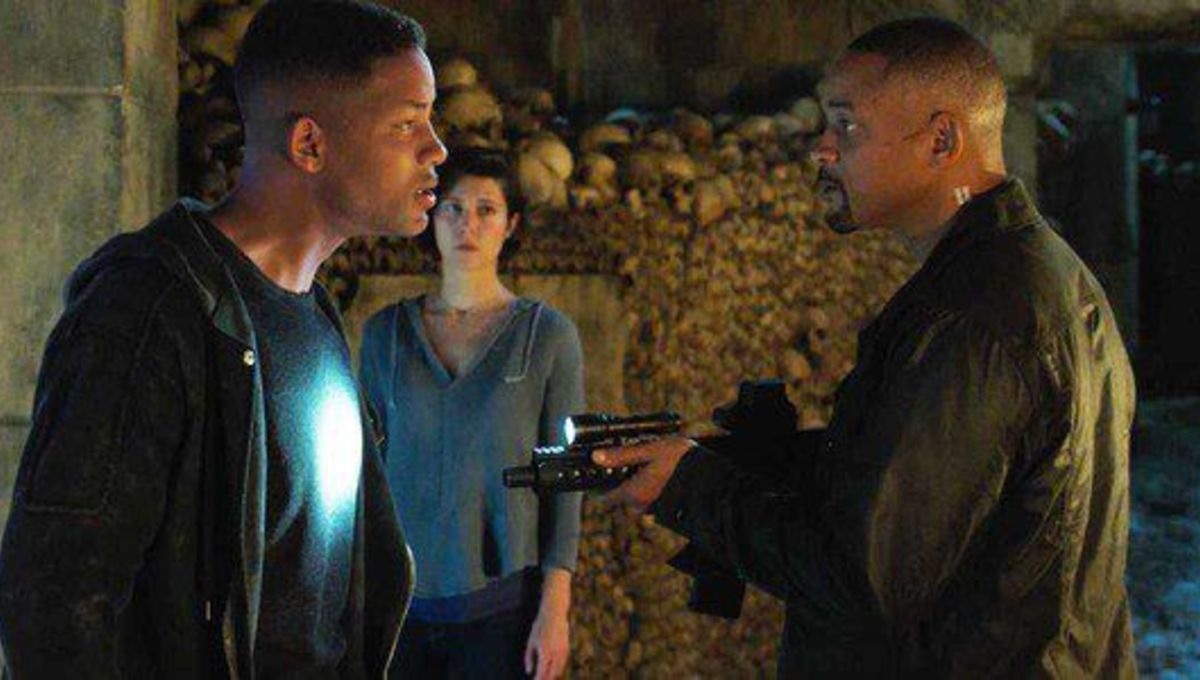 Lee is indeed a pioneer of visual effects. Life of Pi looked amazing and pushed movie-making in new and interesting arenas. But thus far high frame-rate photography and presentation have proven to be a failed experiment. Nothing takes people out of a movie faster than a constant reminder that what they’re seeing isn’t real. Maybe if he’d done more practical things in 120 fps, or tried to up the game of digital de-aging, it wouldn’t have looked so ridiculous. Both together is a yikes from me, dawg.

All of which is a shame. Because Gemini Man is a surprisingly enjoyable, if silly and a bit hackneyed, action movie; like a feature length Burn Notice episode with better stunts. Without the new technology, this movie would be fully forgotten. But with it, it’s impossible to take seriously. Who, then, is it for? I don’t think audiences will ever get on board with a movie looking like something they’d see for 45 seconds in a theme park ride. I sure couldn’t. Maybe it’ll be big in China. The movie’s playing in regular frame rate; I’d suggest seeking that one out if interested.