We’ve heard whispers from our little birds the original Shake Shack in New York City’s Madison Square Park has a special Game of Thrones menu. Today a raven has announced it will soon be available across the entire Realm. And you can even order from it in Valyrian. 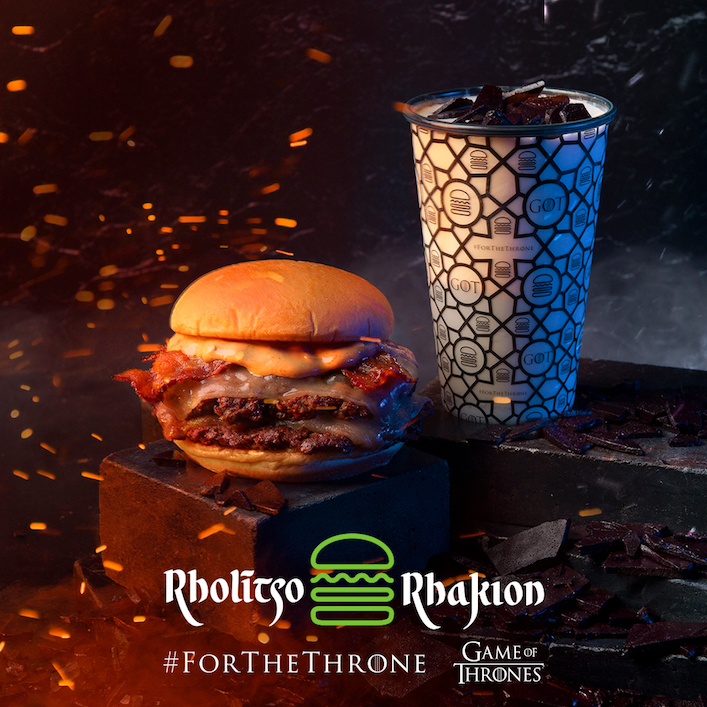 Starting Friday, April 12, Shake Shack is rolling out a special Game of Thrones menu at locations throughout the U.S. At participating stores you’ll be able to enjoy a true celebration of fire and ice. Fill up on a Dracarys Burger ($10.99) and wash it down with a Dragonglass Shake ($6.49 and up, depending on the market).

The Dracarys Burger (Drakaro Parkliapos) features a double Monterey Jack cheeseburger sourced from the finest head of cattle the Seven Kingdoms has to offer. Griddled by the fires of Drogon and Rhaegal, the burger is then topped with a fiery ShackSauce created from herbs and spices sourced from the conquered cities of Yunkai, Meeren, and Astapor. The final touch are slabs of bacon imported from Essos—a Dothraki delicacy. Caution: may be too hot for non-Targaryens. 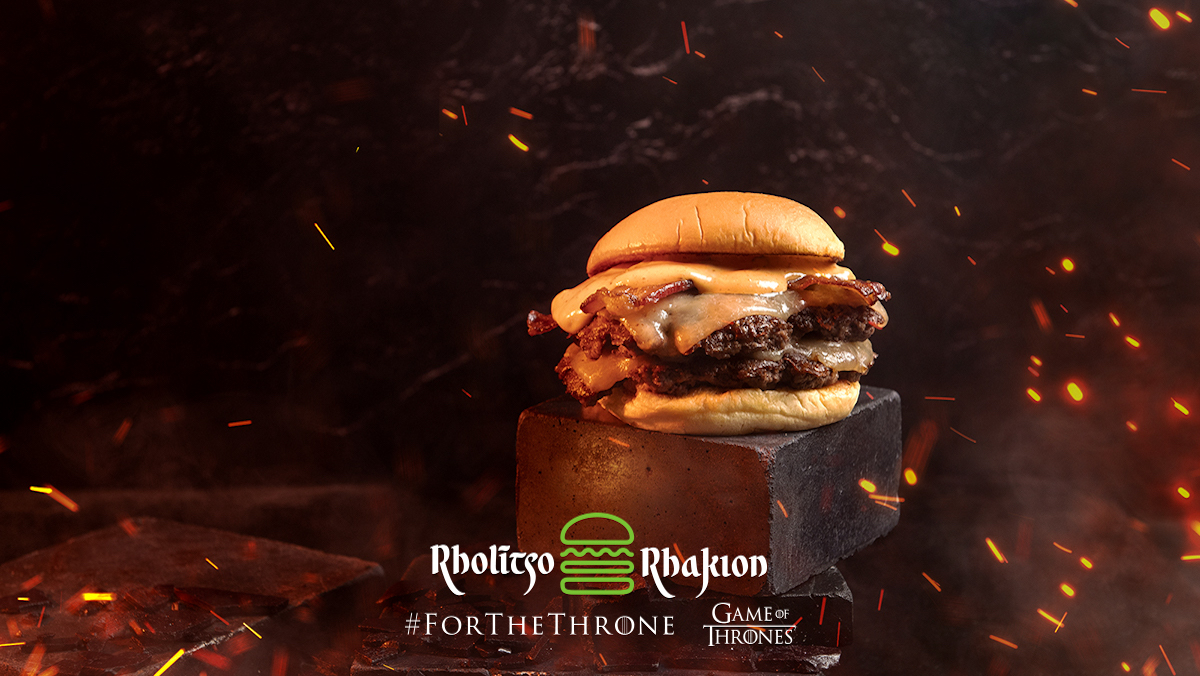 We have confidence the Dornish and their love of spicy foods will also be able to handle the Dracarys Burger. For those with a more Northern-esque pallet, their new Game of Thrones shake will cool off any burning you experience.

In keeping with Shake Shack’s (Rholtso Rhakion’s) commitment to premium ingredients and thoughtful sourcing, the Dragonglass Shake (Zrtom Perzomy Rholtsos) is a prime example of the Wall to Table movement. Custard is frozen with packed snow harvested beyond the Wall and hand churned by members of the Night’s Watch. Final prep occurs in Winterfell, where the shake is topped with shards of Dragonglass imported from the caves of Dragonstone. Please note supplies are limited as the Wall is currently undergoing major renovations. 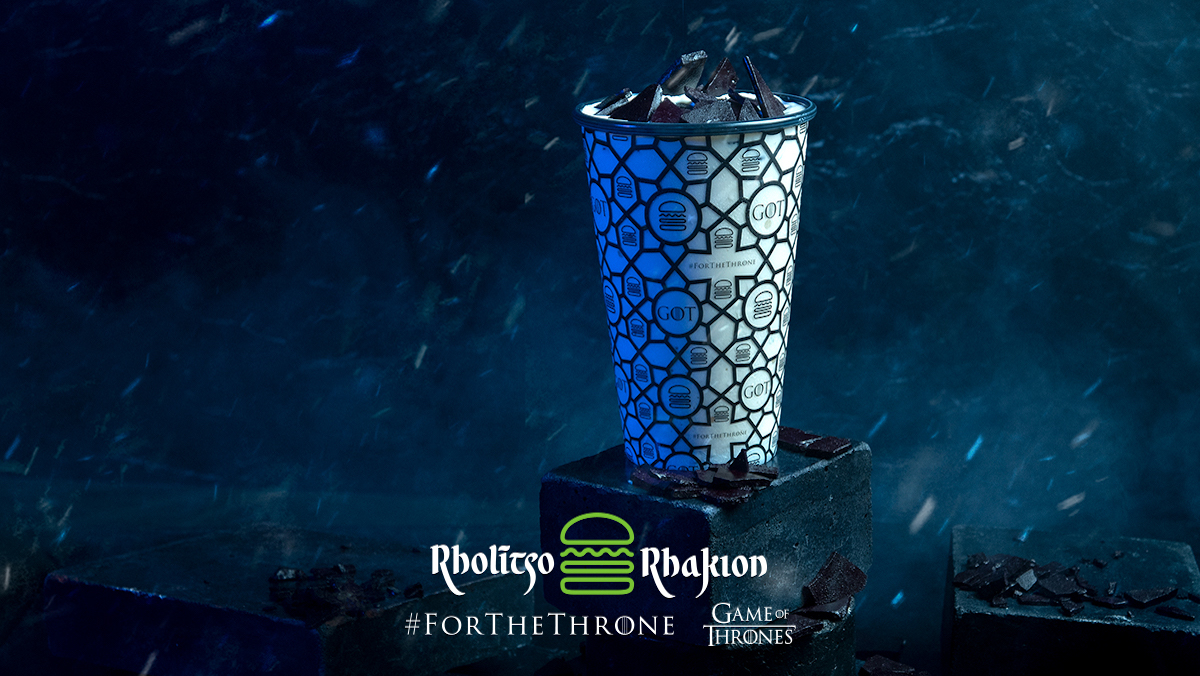 That’s a very fancy way to describe a mint, white chocolate custard shake covered with pieces of toffee covered in black food coloring and butter, and we love it. Almost as much as we love the accompanying Valyrian pronunciation chart they provided for customers who want the full experience of ordering like a true dragonlord. 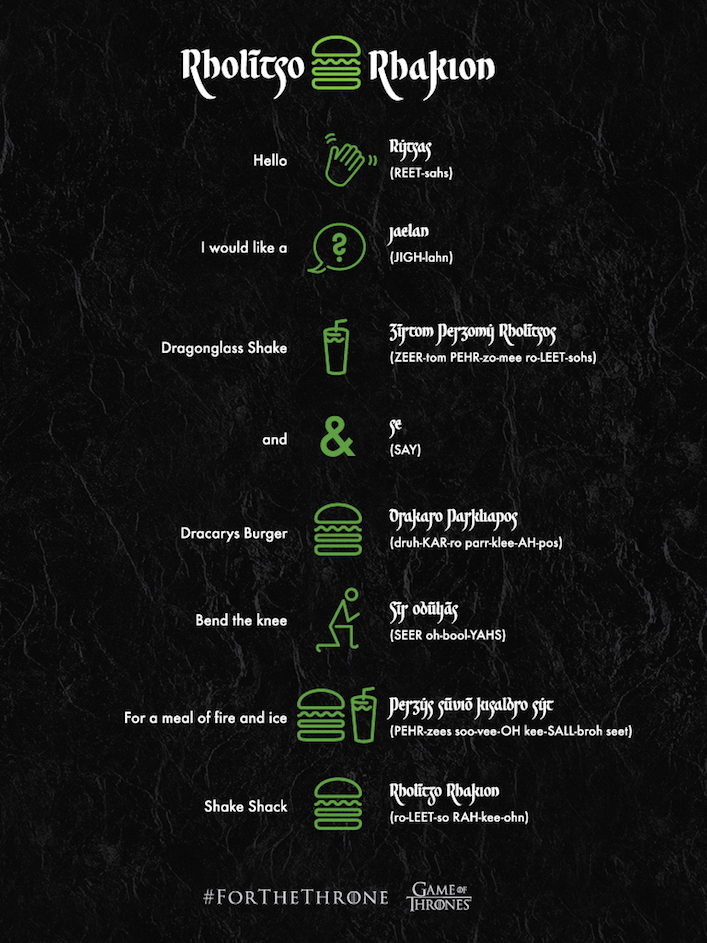 The Dracarys Burger will only be available through April 21 (while supplies last), but the Dragonglass Shake will be sold through May 19. You can order them in store, or through the Shake Shack app or website.

Those in the Big Apple will also get a chance to pay special tribute to House Targaryen on Friday April 12. The Dragonstone Throne will be at the West Village Shake Shack from 10 a.m. to 11 p.m. Guests can have their picture taken while imaging themselves as the head of House Targaryen. RSVP is required via Splash, however that “does not guarantee entry – first come first served!”

We have no idea if ice or fire will prevail in Game of Thrones final season, but now we know the Great War is going to taste great.