The Hidden Meanings in Sansa's Dress On GAME OF THRONES - Nerdist

The Hidden Meanings in Sansa’s Dress On GAME OF THRONES

Warning: This post contains Sansa Stark spoilers for the Game of Thrones finale, “The Iron Throne.”

The finale of Game of Thrones gave us a lot of things to mull over. What will become of Jon Snow? Is Arya going to find America? Where’s Drogon? But one thing we don’t have to wonder: How Sansa will fare as Queen of the North. Because we’ve already seen her rule, and know that she’s diplomatic, kind, and cares dearly for her people. The daughter of Ned and Catelyn Stark is a natural ruler, and her final moments were some of the show’s most powerful. “The Queen of the North” are even the last words spoken on the show.

Sansa accepts her new title and walks to her coronation in what has to be one of the show’s most gorgeous costumes to date, a beautiful blue-grey dress that shows off her Northern regality. But the dress is also loaded with symbolism and references. Let’s take a closer look. 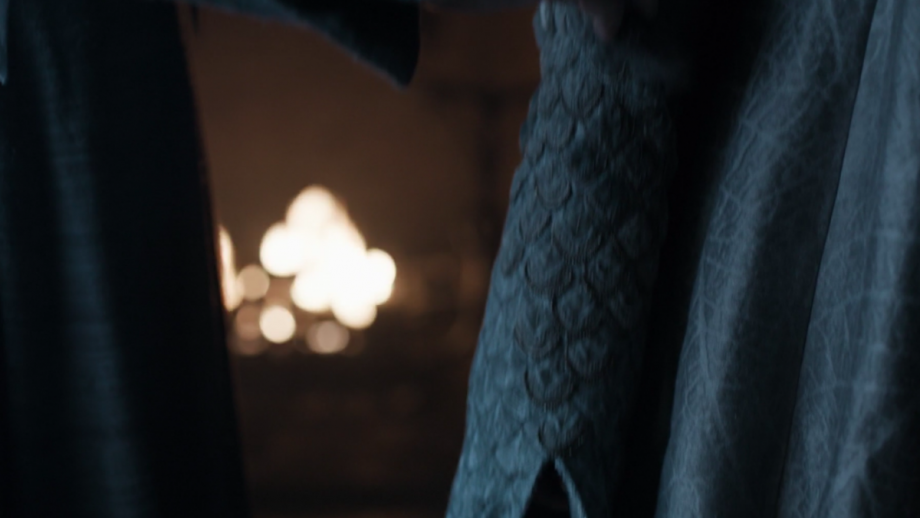 The first really noticeable details on Sansa’s dress are the blue scales. At first look, they mimic some of Daenerys’s dragon-scaled dresses, but on closer inspection these are most likely fish scales to represent House Tully, for her mother, Catelyn. The entire dress is rendered in blue, which is also House Tully colors. As for the dress fabric, eagle-eyed fans on Twitter recognized the plant-like design from somewhere.

Yes, that’s the same fabric used on Margaery Tyrell’s wedding dress. Already we’re seeing a pattern (ha) here: the dress is comprised of elements of Sansa’s past and the people who have influenced her to get to where she is now. 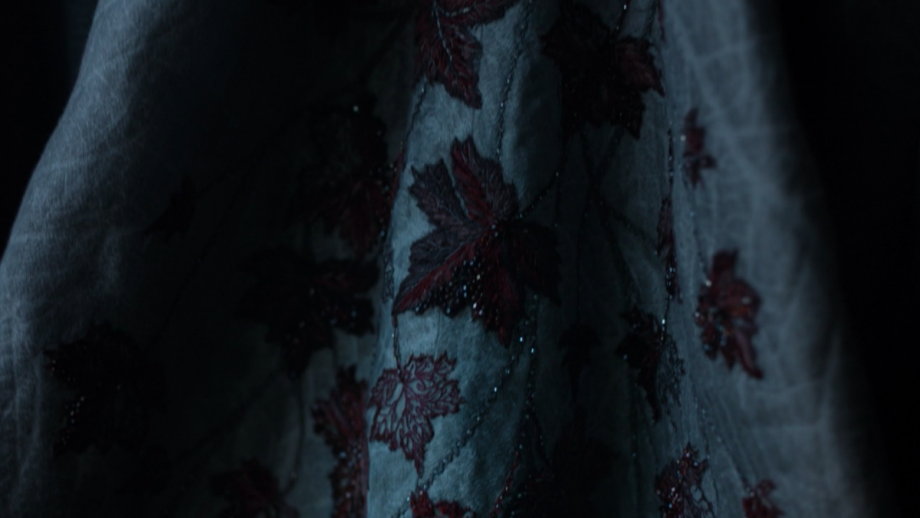 A nod to the Godswood

The red leaves on the inside of the scaled-arm sleeve represent the red leaves on the Weirwood tree in the Winterfell Godswood. That’s the part of the castle where the Starks go to pray to the Old Gods. There’s a layered meaning to this reference. First, the Godswood is where Ned would spend a lot of his time in thought, so it’s likely a nod to her father. But the Godswood is also where Theon died and where Arya killed the Night King, so it’s a place that holds a lot of meaning for Sansa. 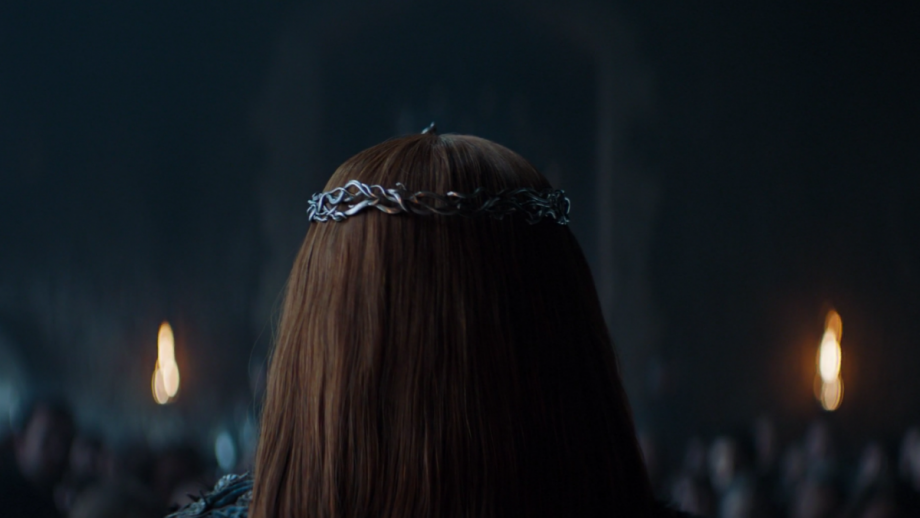 This isn’t exactly a direct reference, but the simplicity and entwined design of Sansa’s crown is in tandem with the one Cersei wore at her own coronation back in season six. Only instead of lacing together to create a lion, Sansa’s form two direwolves, the sigil of House Stark.

Honestly when I first saw Sansa’s coronation, when we see the back of the crown, I thought it looked quite similar to Cersei’s. Am I the only one who thinks so? pic.twitter.com/SWWephmEMf 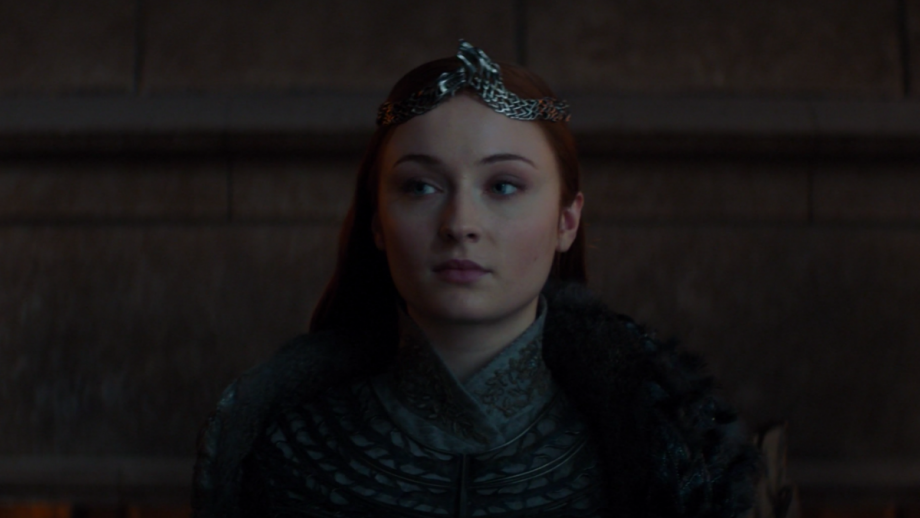 This one is also a bit of a stretch, but the collar on Sansa’s dress reminds us of one of Littlefinger’s pronounced, folded shirts. This would make sense; if Sansa’s dress really is a tribute to all that she’s accomplished, incorporating Littlefinger would only make sense. He put her through hell pretty consistently, and she rose above it each time. So much so, that she’s now the Queen in the North.