Well, it certainly seems that “The Mountain” actor is living up to his name in real life. Hafþór Björnsson, who played Ser Gregor Clegane, a.k.a. The Mountain, on Game of Thrones, recently surpassed a deadlift world record. So, carrying Cersei Lannister (played by Lena Headey) on the show was literally like carrying a feather for him, right?

Standing at 6 feet 9 inches tall and weighing 452 pounds, Björnsson’s stature is certainly impressive. Coupled with intense training, his size no doubt aided him when he lifted 1,104 pounds (501 kilograms) at Thor’s Power Gym in Iceland on Saturday. He live-streamed the historic moment. Unsurprisingly, he has competed in multiple fitness competitions over the years. He also won the World’s Strongest Man competition back in 2018 and has earned at least third place or higher every year since 2012. Talk about consistency!

Björnsson broke the record by two whole pounds. United Kingdom resident Eddie Hall previously held the title. In 2016 Hall became the first man to lift 1,102 pounds (500 kilograms). Bjornsson took to Instagram after he completed the record and said, “I have no words. What an amazing day, one I will remember for the rest of my life. I said I was coming for it, and once I set my mind on something, I’m a dog with a bone. I want to give a huge shoutout to my family, friends, coaches, fans, sponsors and haters, all of whom helped this lift be possible.” 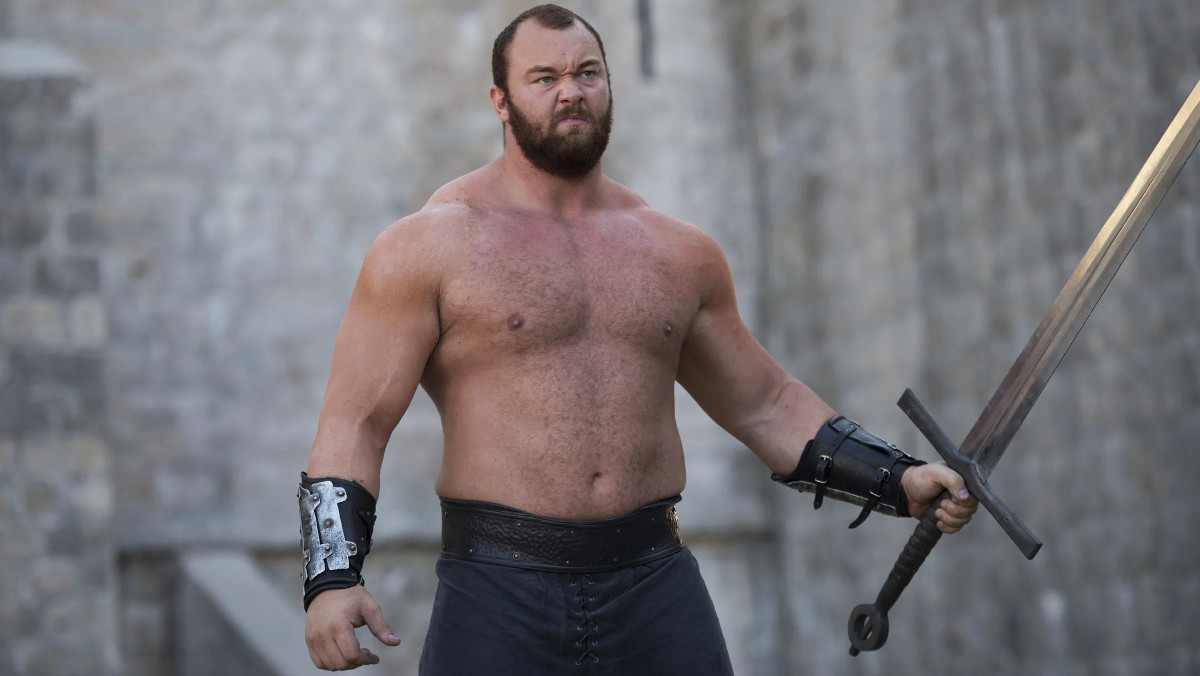 Game of Thrones fans will remember three actors played the role of The Mountain throughout the series. Conan Stevens and Ian Whyte both played the role in early seasons. Björnsson took over in season four until the end of the series.

After watching the clip, you may want to see how much you can lift, but please, proceed with caution. May we suggest starting with a nice five pound set of weights and go from there?