Westworld‘s Old West park was Delos Destinations’ first immersive amusement, but it’s only one of six fantasy worlds guests can visit. So far, the show has taken viewers to Shogunworld and The Raj. And now season three’s second episode has revealed the themes of two other parks. First it gave us a virtual look at Warworld. Then we got a behind-the-scenes glimpse of Medievalworld.

That Middle Ages-inspired experience is more than just a fantasy land of swords and dragons. It has made a silly fan theory about Game of Thrones and Westworld real.

Stubbs took Bernard to Park 4’s tech center. It’s currently listed as “offline” on the Delos Destinations site, but from what we saw of its hosts and accessories, it’s a Middle Ages-themed world. That was also one of three theme parks in the 1973 Westworld movie. However, HBO’s version of Medievalworld is also based on the network’s other fantasy series. Game of Thrones co-creators David Benioff and D.B. Weiss made cameos as the two technicians still working in Park 4. And the giant host dragon they were about to slice up and mail to Costa Rica was Drogon. 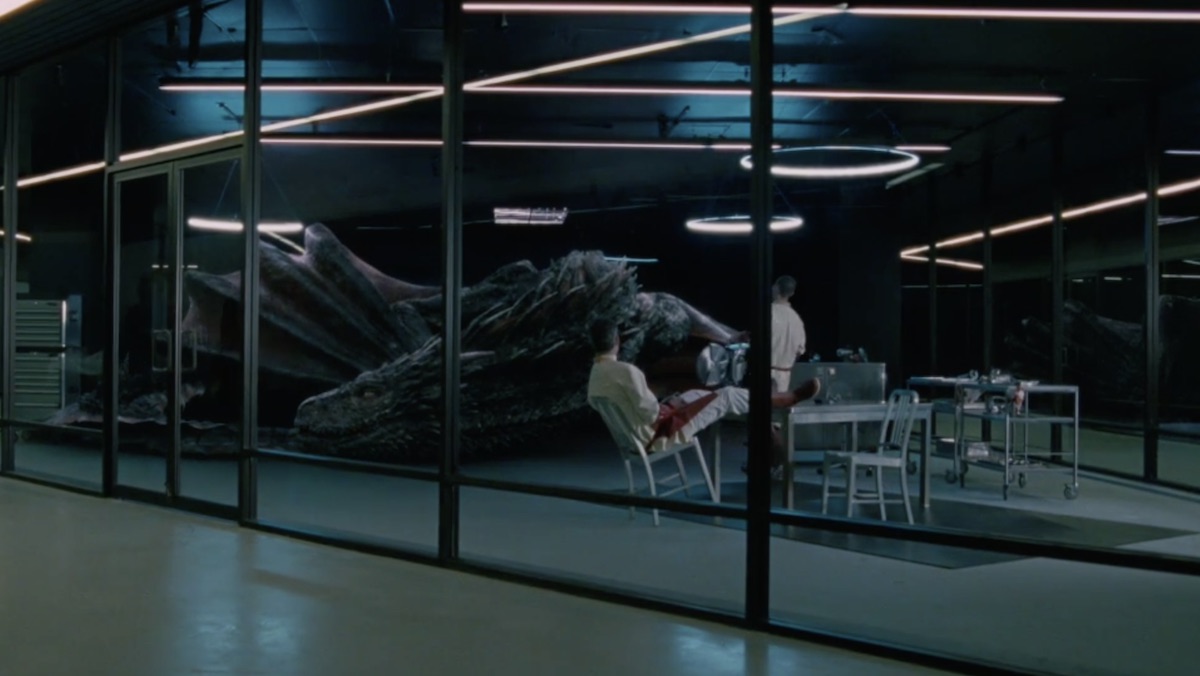 In a vacuum this is a double-dip Easter egg, connecting the show to both the movie and HBO’s Game of Thrones. But the presence of Benioff, Weiss, and Drogon makes this more than a meta joke or cute reference; it’s in fact vindication for an insane fan theory.

For years, some viewers have argued Westeros was really another Delos theme park. Jon Snow and Daenerys Targaryen weren’t leaders in their own world; they were robots in a Westworld-like fantasy land of magic, where rich visitors could pledge fealty to the Starks and fight White Walkers.

This idea was initially based on tenuous connections. HBO produces both shows, and Delos can create literally any kind of park they want. (Plus, “Westworld” and “Westeros” sound similar.) But viewers have been finding “evidence” on the shows themselves to support the theory.

Some argued that Arya’s direwolf Nymeria had wandered into Westworld. Others thought the library of human readouts in the virtual Forge, which included a gyroscope, was reminiscent of the Citadel’s library in Old Town where Samwell Tarly trained. Even Jon Snow’s magical resurrection looked like a host “waking up” after being killed in Westworld.

Did you see Nymeria the direwolf on Westworld? (Via Reddit: https://t.co/4ycfR7y8sC) pic.twitter.com/b1tY79CfvR

None of the other Medievalworld hosts were recognizable denizens of Westeros. One robot seen in profile looked like the Hound (picture below), but the robots we saw clearly were obviously not based on known characters from the Seven Kingdoms. There weren’t any famous House sigils from the Realm either.

But that was definitely Drogon that was about to be chopped up into shippable pieces. 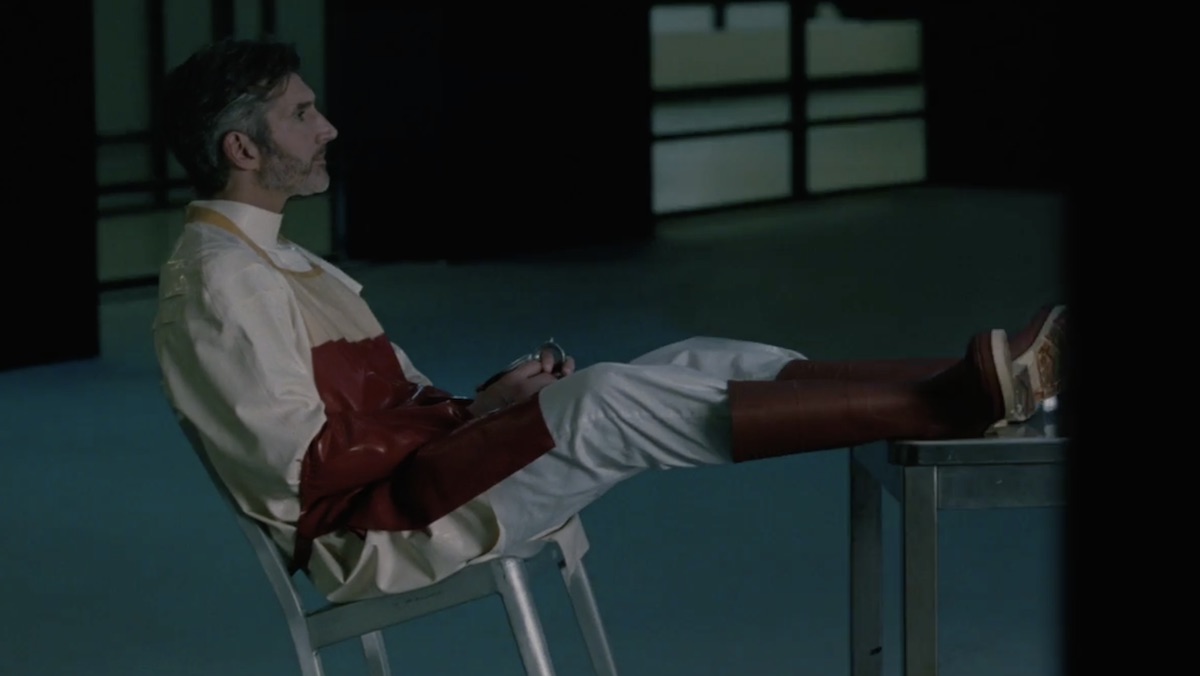 No one expected a crossover quite like this, even though George R.R. Martin once suggested it himself to Westworld co-creators Jonathan Nolan and Lisa Joy. But the duo shot down the idea to Enteraintment Weekly in 2016. “I need to be believe that dragons are real,” Joy said. “I want them be a real thing. So as much as I love George, I can’t lose that for myself!” Clearly that changed, maybe because Game of Thrones ended.

If any other technicians were working in Park 5, we could argue that Delos’ dragon had been inspired in-universe by Game of Thrones. Westworld takes place in the future, with season three set in 2058. Game of Thrones could have been just as popular in this reality, making the creation of a Westerosi theme park an obvious winner. But assuming those lab techs weren’t also hosts based on Benioff and Weiss (which can’t be ruled out!), it suggests that, within the Westworld universe, Westeros really was just an amusement attraction the whole time.

And that means that we might know what went wrong with the Game of Thrones‘ final two seasons. Delos Destinations’ Head of Narrative, Lee Sizemore, likely died before he could finish the story. He sacrificed himself to save Maeve during the robot uprising, never completing his epic saga of ice demons and dragons. The hosts had to improvise without his script. And as we saw in virtual Warworld, that leads to total disaster. 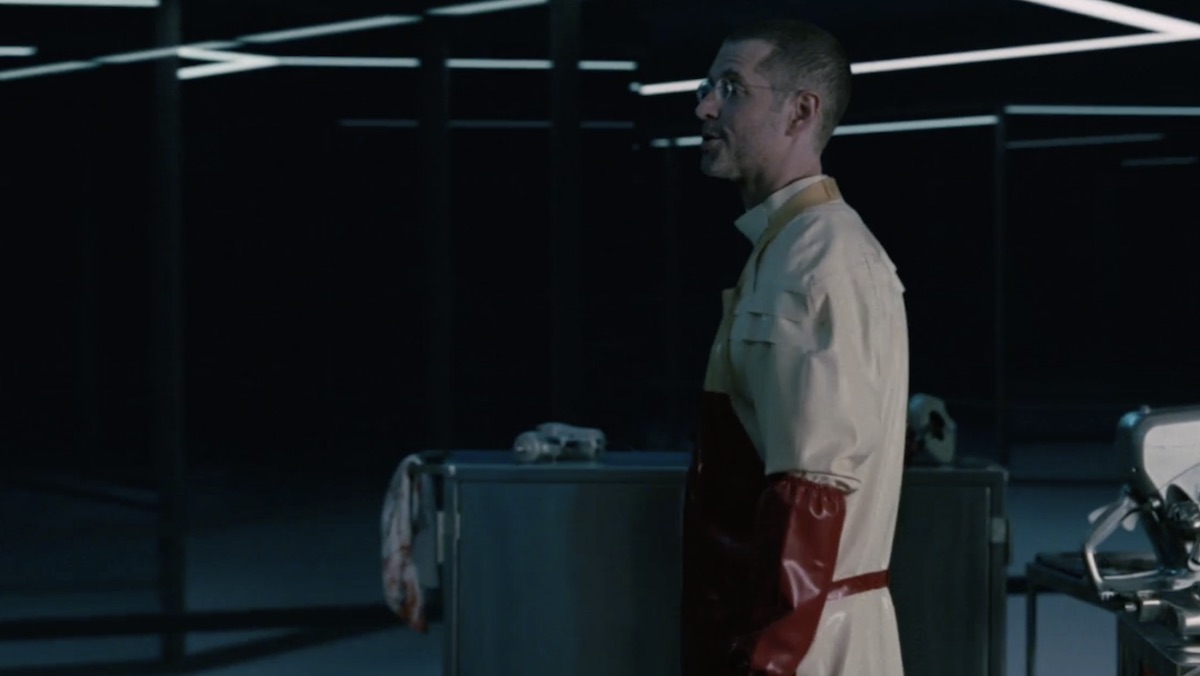 In short, Westworld didn’t just make this seemingly absurd “Westeros-world” fan theory true. It gave us a plausible explanation for why Game of Thrones “glitched” at the end.