This Interactive GAME OF THRONES Chart Tracks the Deadliest Characters

It’s hard keeping track of who’s done what on Game of Thrones. With so many characters, across so many locations, keeping log of every action and intention can be messy. But thanks to the fine folks at Visallo, it’s never been easier to see some of the show’s character data laid out in the form of digestible charts, which let you keep track of everything from kills to relationships to survivors and more.

Titled the GOT Kill Chart, the interactive feature is broken down into categories that let you see vital information about the show’s many characters in graphics form. For instance, under the “Kill Chart” category, you can click on Jon Snow and see not only a graph of his kills—both direct and tangential—but also his stats. For instance, house, gender, and relationship status. (“It’s complicated.”) 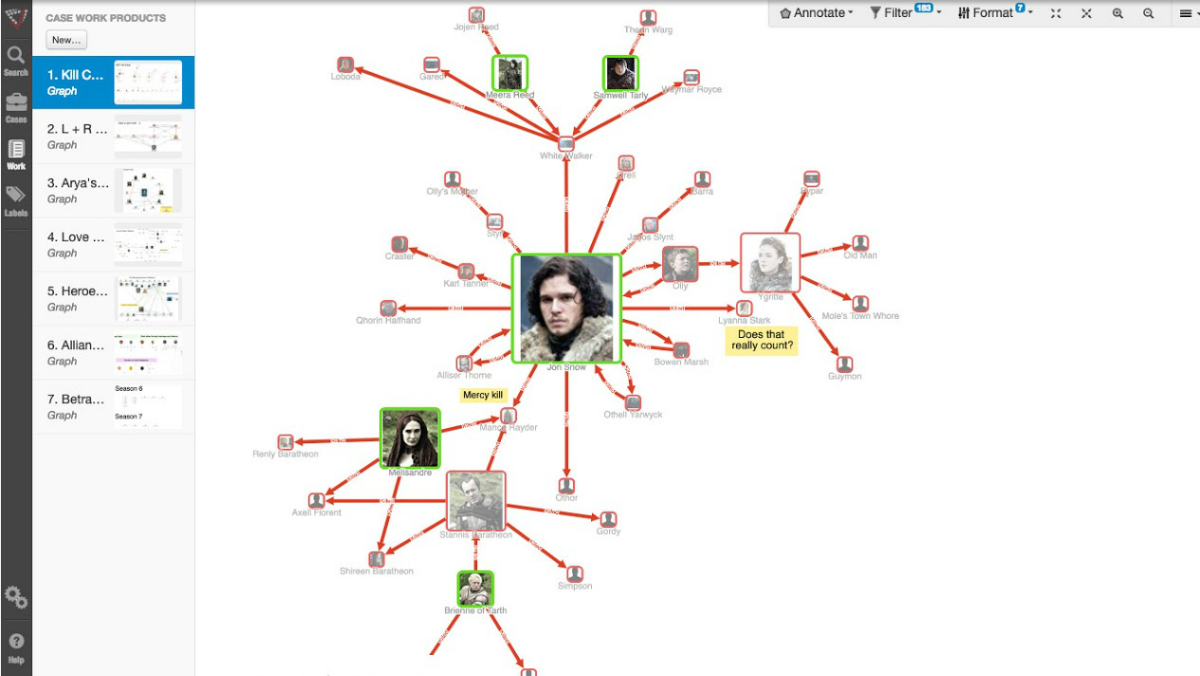 The feature also has several other breakdowns, such as a section on Arya’s infamous kill list. Who’s already dead and who’s left? You can see it all laid out for you in visual form. (For reference, there are 12 people on her list and six of them are dead, so she’s halfway there!)

You can also check out charts that show the webs of love and marriage and family, a section that shows all of the remaining heroes and their alliances, and a timeline that specifically delves into betrayals, like Sansa selling out Arya in favor of Joffrey, Littlefinger’s many duplicitous interactions, and Oleanna’s dying admission to Jaime.

There’s also a dashboard that lays everything out in color-coded fashion, broken down by character and season. Who’s the biggest backstabber? Cersei, of course, and the chart shows this in a readable, season-by-season format. 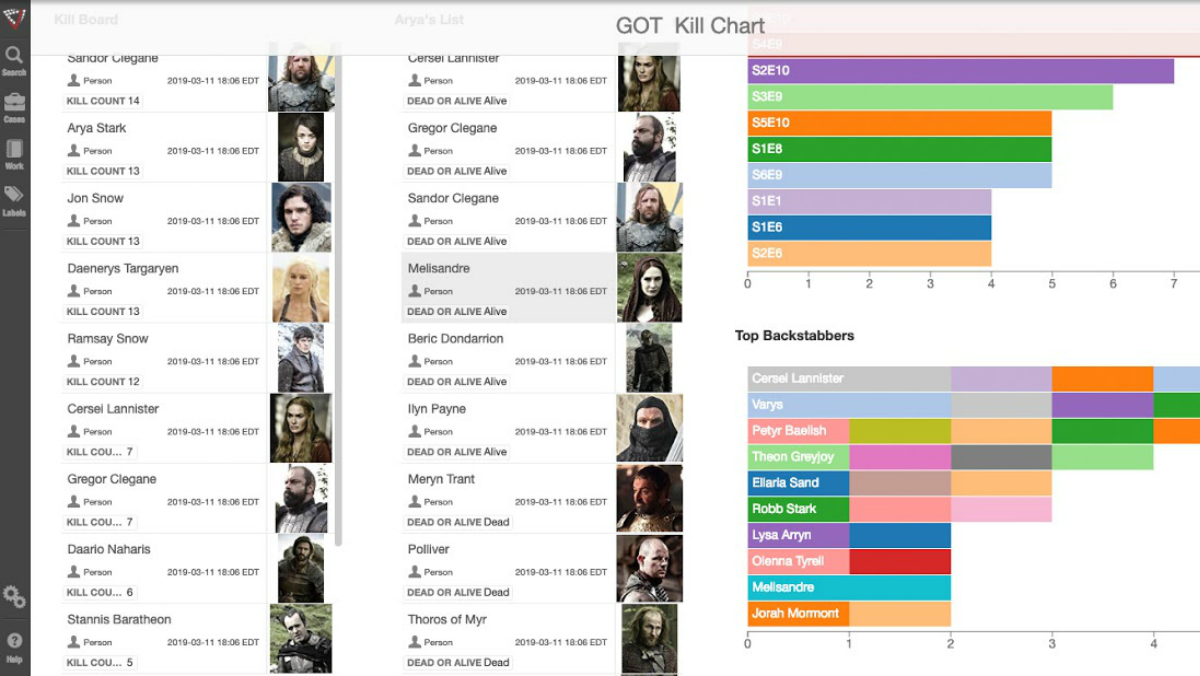 Visalla’s chart is a ton of fun to play around with, and is a perfect way to catch you up before the show’s big return on Sunday, April 14. Sign up at got.visallo.com and start exploring!