Dragons are amazing and awe-inspiring creatures, but they are also terrifying. In an instant they can bathe an entire army in flames, killing thousands. That’s a major problem if you’re the head of the Lannister army, or if you’re the stunt coordinator for the most popular show in the world. When a hot-tempered Khaleesi whose family’s words are “fire and blood” is trying to retake the Iron Throne of her ancestors, she’s willing to use her children to get what she wants.  So just how does Game of Thrones set so many people on fire all the time without ending up with a bunched of crispy-fried performers? As this new behind-the-scenes video from the show reveals, the answer is very carefully.

In this inside look at the show from HBO, stunt coordinator Rowley Irlam explains the process of safely setting his stunt actors on fire—repeatedly. From the fighting pit of Meereen to the Loot Train attack in Westeros, the importance of dragons to the Realm means Game of Thrones constantly has to actually engulfed people in flames, moreso than probably any other television show ever. To do that without getting anyone injured requires as much preparation as it does precaution, because while the performers are covered in even more fire-resilient layers than you might guess, setting someone on fire and then making sure they are doused in a safe and timely manner means a lot of practice and planning before any flames are involved.

It also requires some very creepy latex masks that we have never noticed before, but are absolutely going to be keeping an eye out for from now on. Seriously, those things are just as terrifying as the Night King’s wights. “Burn them all” indeed. 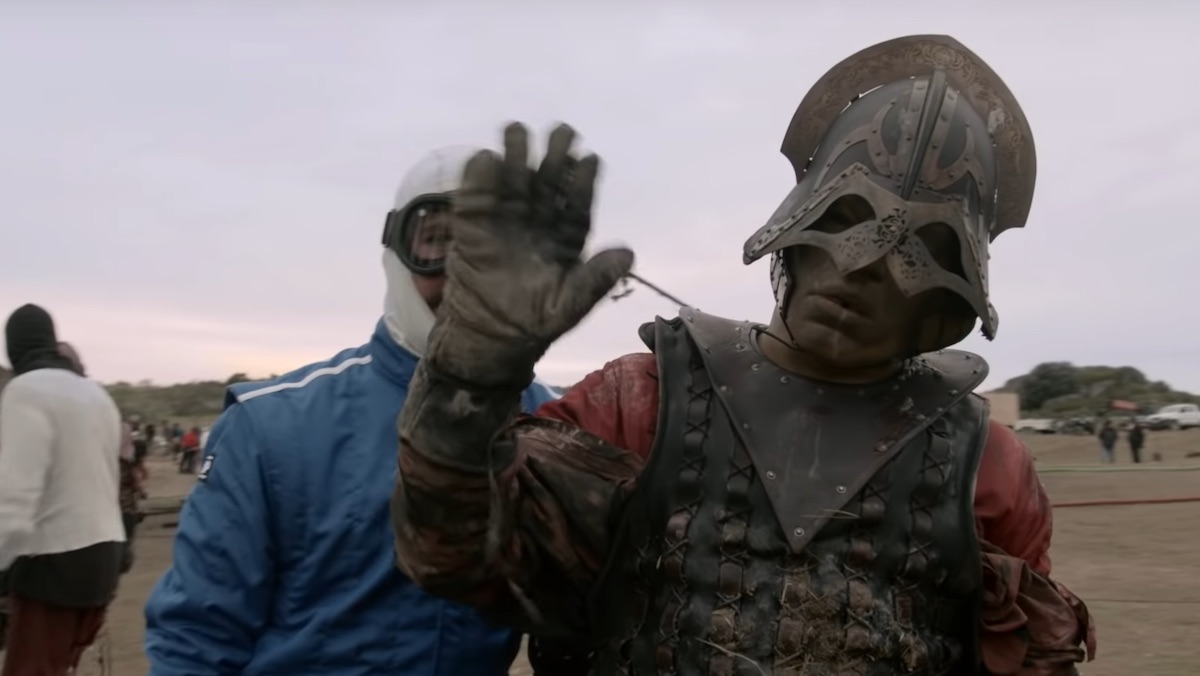 Whether dealing with actual dragons or bringing them to life on TV, it’s clear that if you want to enjoy seeing one you should always proceed with a lot caution.