7 Things We Learned from the GAME OF THRONES Finale Script

It wasn’t the ending many fans wanted, but “The Iron Throne,” the series finale of Game of Thrones, still earned an Emmy nomination for Outstanding Writing for a Drama Series. As with all nominated scripts, it has now been made available online, and while it mostly hews to what we saw on screen, it did contain some intriguing new information. It answers some questions and clarified scenes that were ambiguous, but also showed how the actual filming of it both helped and hurt. Here are the seven most interesting things we learned from reading it. 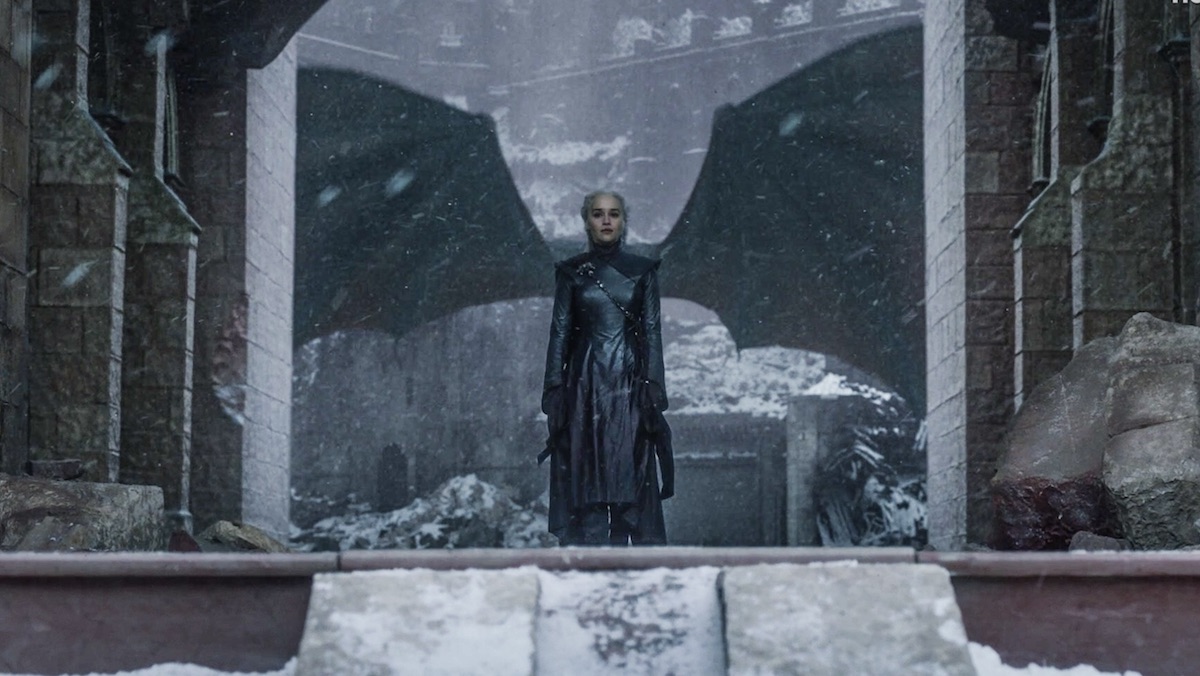 In the episode, it was obvious Daenerys had become completely evil, but the script made that even clearer. The script describes that memorable shot of her walking out with Drogon behind her, where it looked like she had dragon wings, as, “Her Satanic Majesty’s Request.” The use of “Satanic” doesn’t leave much room for ambiguity, though this appears to be a reference to the Rolling Stones’ 1967 album Their Satanic Majesties Request. Makes sense too—that shot was pretty rock ‘n’ roll. 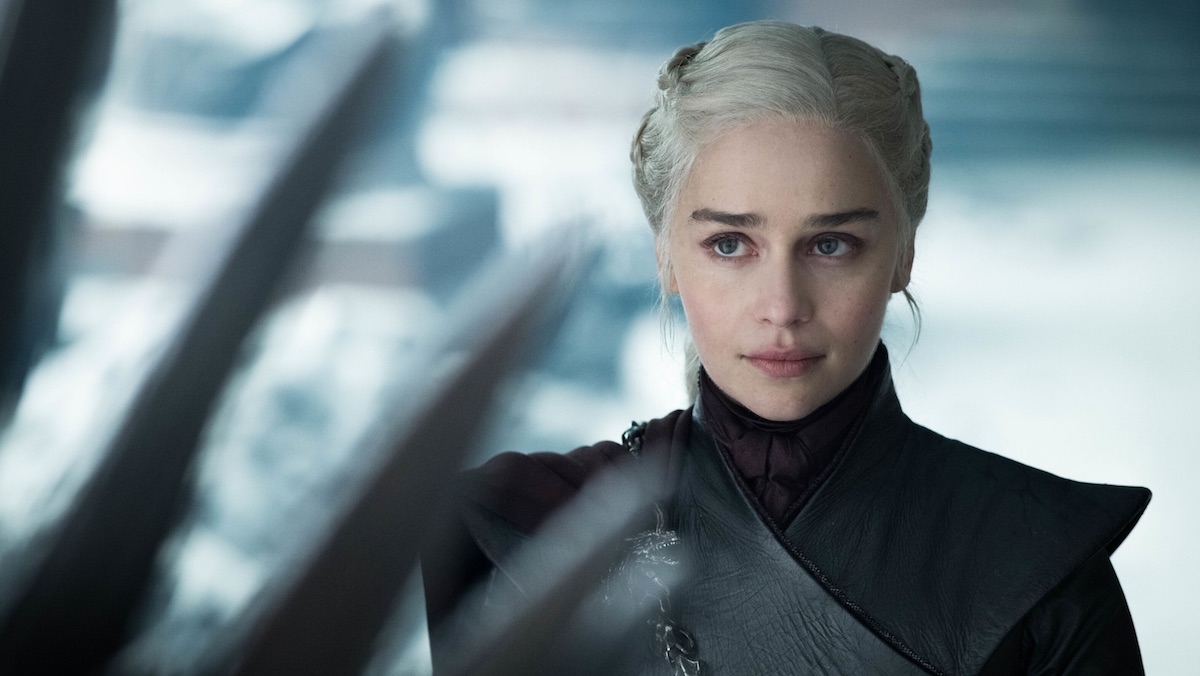 Page 16: Daenerys Reconsidered Her Dream for a Brief Moment

Daenerys apparently had second thoughts about taking the Iron Throne for a fleeting moment. The script cites how similar her approach to the chair was to her vision at the House of the Undying, where she never put a hand on the throne. The script reads, “She reaches out to touch it, and hesitates. Perhaps she remembers the vision in which the throne was a temptation to avoid.” Whatever concerns she had in that moment, and whatever worries about the dangers of temptation she felt, they quickly faded, since she did grab hold a second later. 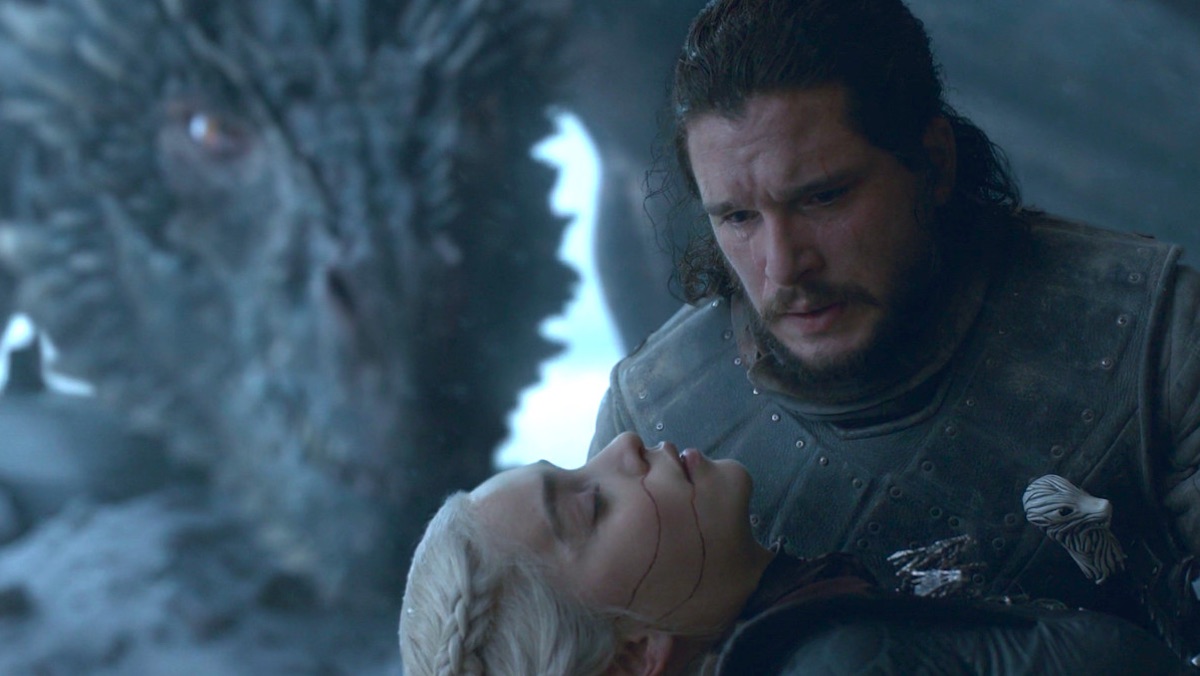 Page 19: Jon Was Thinking About His Sisters Right Before He Killed Dany

Jon’s final conversation with Daenerys, where he asked about what would happen to those who didn’t agree with her (“They don’t get to choose.”), showed he was worried about others. The subtext also indicated he was concerned for his sisters, who Tyrion pointed out in the previous scene would never bend the knee to Daenerys. The script shows Arya and Sansa were specifically on Jon’s mind right before he stabbed Daenerys. After Dany’s aforesaid line, it says, “Jon understands what this means for the people he loves the most.” Had Dany said anything to ease his worries about his family’s safety, Jon might not have killed her.

Page 21: The Iron Throne Was Only a “Dumb Bystander” of Drogon’s Wrath

Turns out dragons don’t understand the importance of symbolism, because Drogon didn’t melt the Iron Throne in a fiery commentary on the perils of questing for power. Drogon just wanted to melt stuff in a fit of rage and grief and the throne got in the way. No, really. Not wanting to harm Jon, but furious over the death of his mother, Drogon wanted to burn down the remains of the Red Keep. The script says that the Iron Throne was “not the target” of his anger, merely a “dumb bystander caught up in the conflagration.” 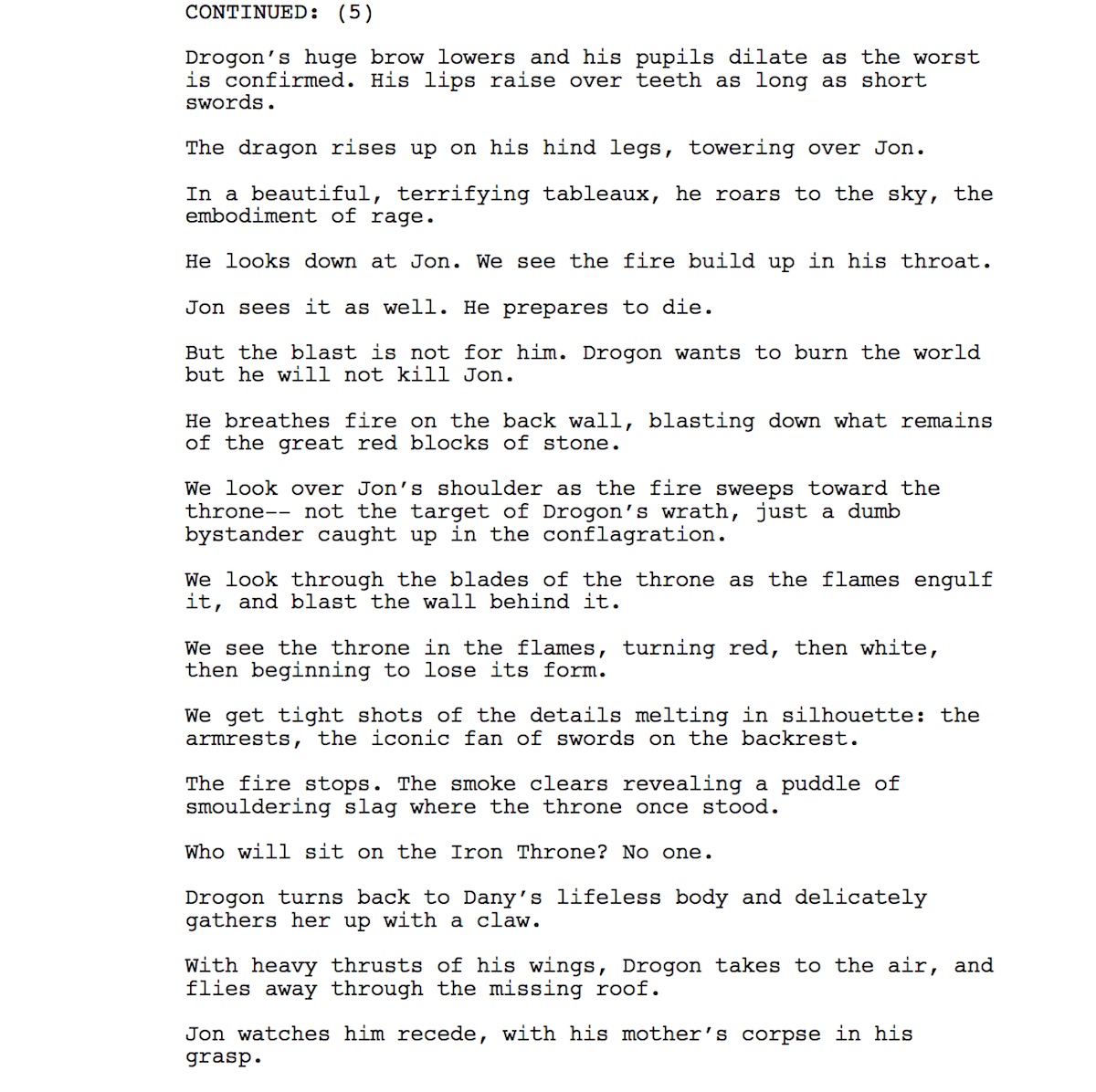 This was one of the silliest moments in the finale. Dragons are smart, but they aren’t smart enough to understand metaphors. This was a failure in how the scene was filmed and framed, rather than how it was intended. 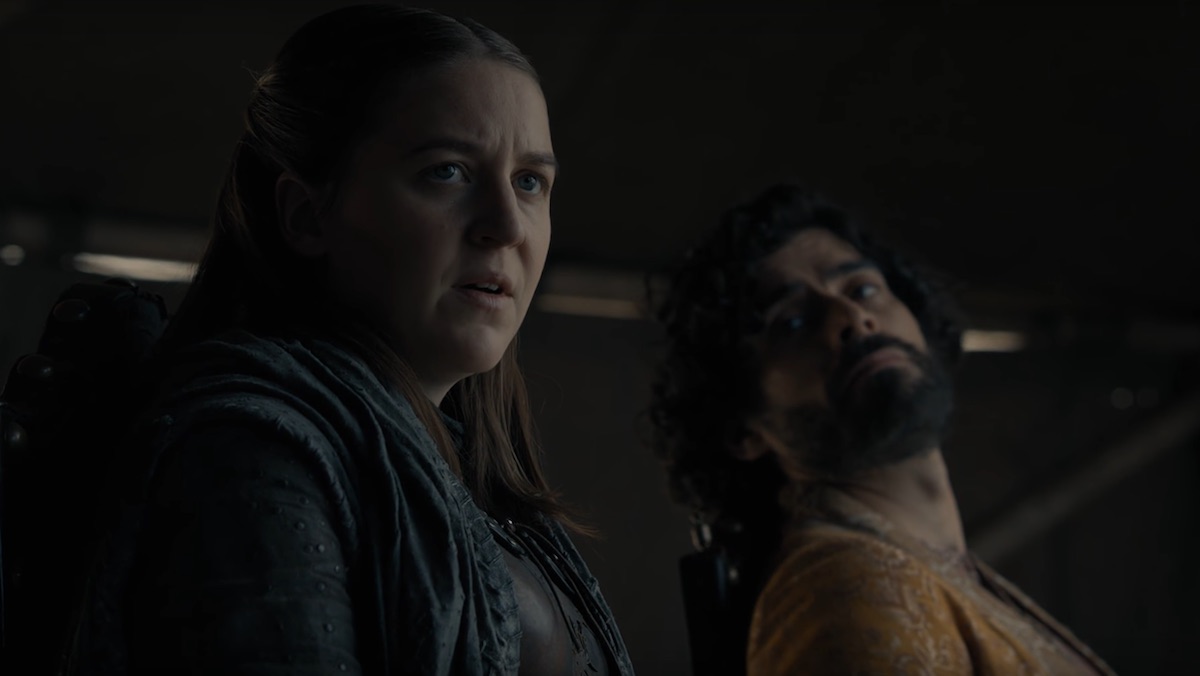 Page 29: Yara Consented to Bran Being King Because of Theon

It still makes no sense that six kingdoms would name a Northerner king and then immediately let the North secede, especially when two of those votes came from the new Prince of Dorne (unnamed in the script too) and Yara Greyjoy. Dorne was fiercely independent and only joined the other kingdoms under one banner 120 years earlier, and we know all about the Iron Islands’ desire to be free. The script does offer some insight into why Yara consented, saying, “Yara has heard that her brother died defending Bran. She knows this choice would make him happy.” Theon’s sacrifice not only helped save the living from the dead, it helped broker a peace when Bran was suggested as the new king. Whether or not that feels believable is debatable, but at least Yara did have a reason for doing something that seemed so strange. 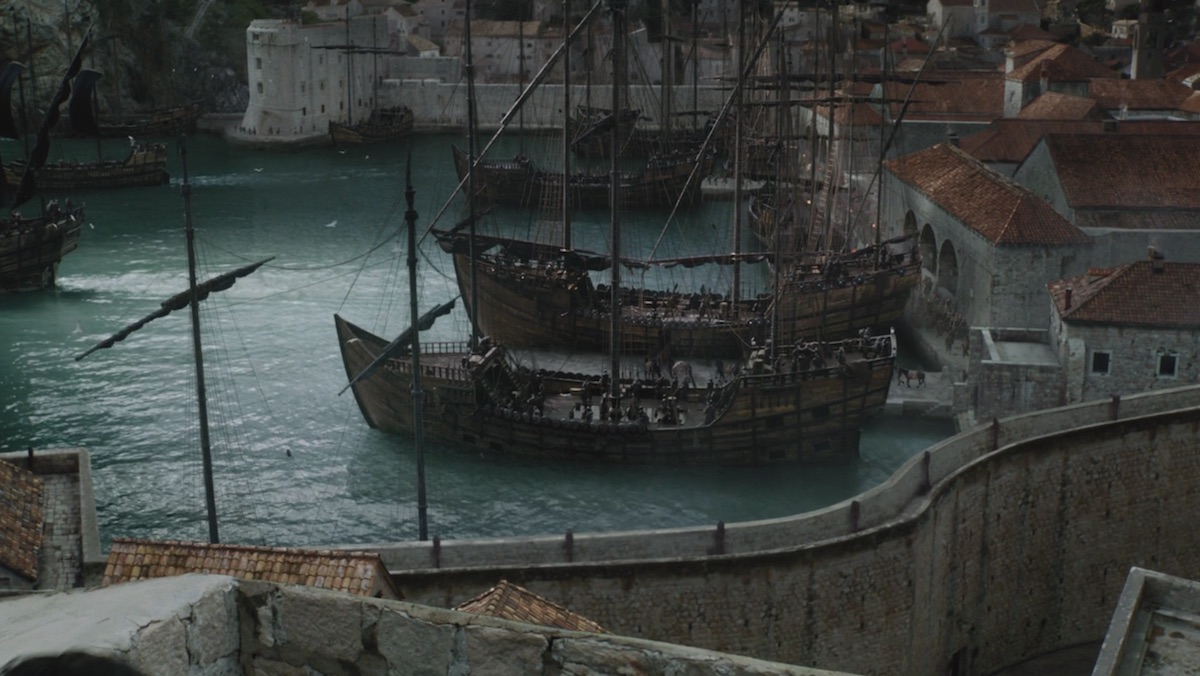 When the Unsullied boarded their ships and headed to Naath, it seemed as though the Dothraki were staying behind in Westeros, promising future problems for the Realm. That’s not what happened. The script says as Jon watched the Unsullied board the ships in an orderly fashion, “The remaining Dothraki do the same; they have dismounted their horses, and walk them up gangplanks.” A rewatch reveals this was technically shown, but from very, very far away, making it easy to miss.

Since it’s doubtful the Dothraki also went to Naath, they likely headed back to Essos to resume their way of life, which was best for everyone. Well, not the people of Essos. 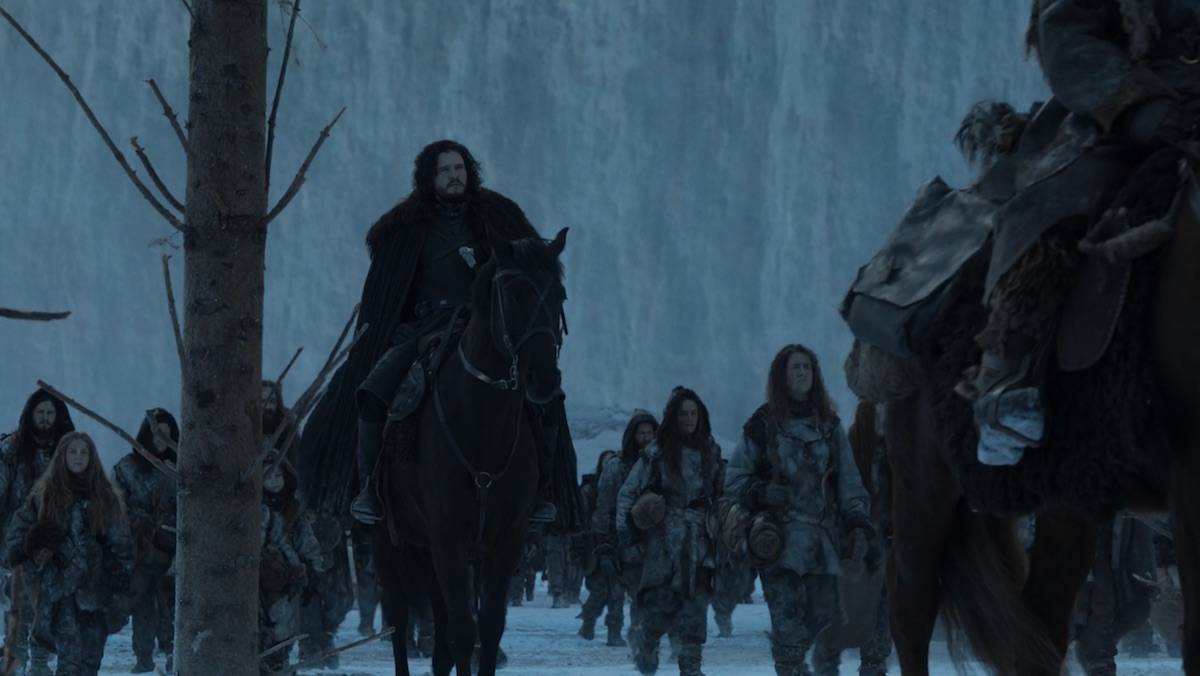 Page 45: The Castle Black Gate Never Closed on Jon in the Script

We are confident we know what happened to Jon at the end of the series. While escorting the wildlings beyond the Wall, the gate was closed behind him. Jon was surprised by that, but then he smiled, indicating his fellow Night’s Watch brothers were letting him go free. None of that is in the script though. There’s no mention of the gate shutting, or Jon being caught off guard by it. He did disappear into the forests with the wildlings though, and if the original intention as written was to leave audiences with the impression he was joining the Free Folk forever, the changes in the way it was filmed clearly helped convey an idea that isn’t obvious in the script. 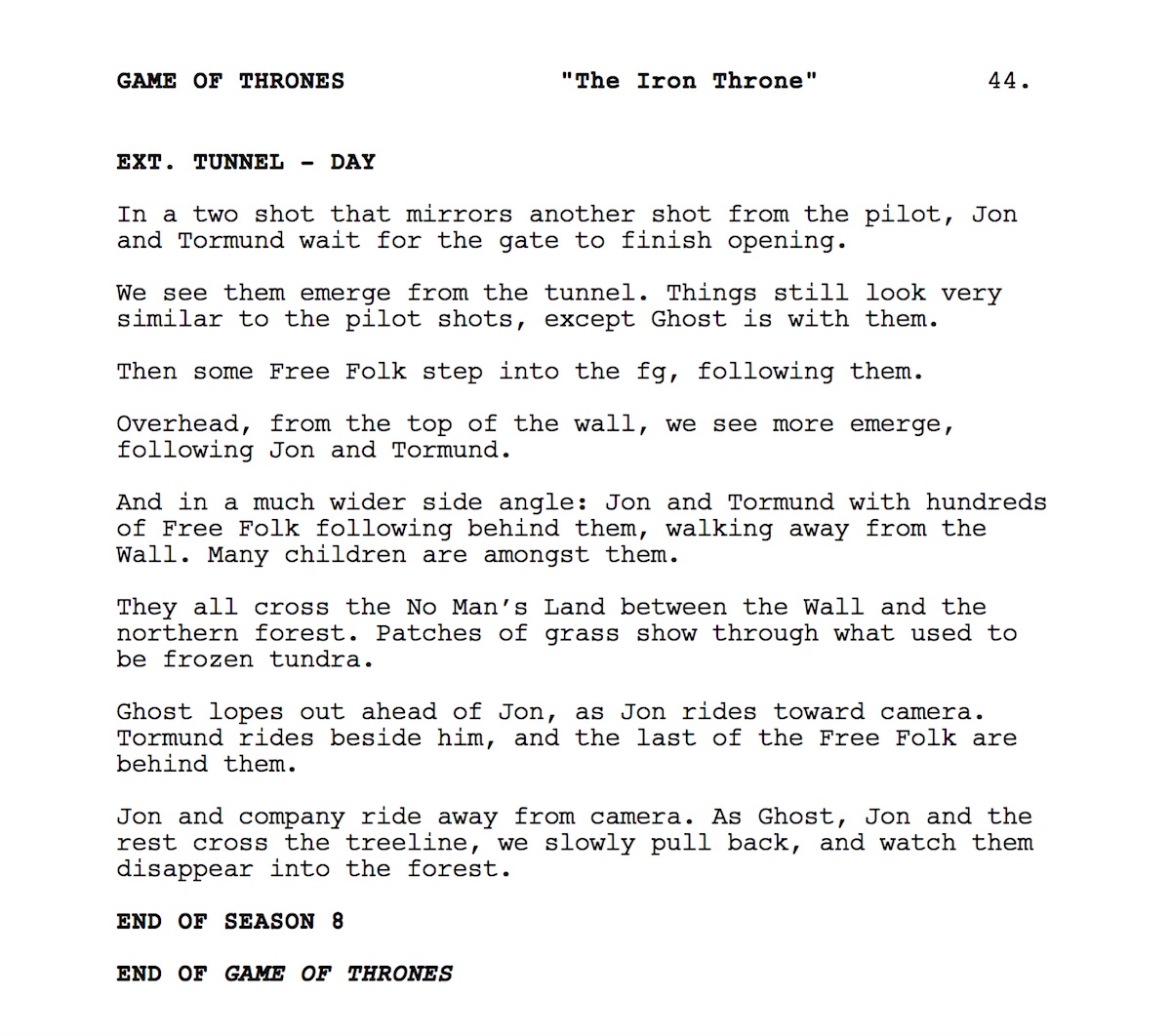 Since David Benioff and D.B. Weiss both wrote and directed this episode, they are responsible for the improvements and failures of the script and the way it was filmed. And since this script is up for an Emmy and not the finale we actually saw, it should help them that Drogon wasn’t aware of symbolism.