Game of Thrones ended well for all of Ned Stark’s children—with Bran as King of the Six Kingdoms, Sansa as Queen in the North, and Arya headed out on a grand adventure—except for Jon. His thanks for saving the world from a mad tyrant was a life sentence at the Wall. At least that’s what his punishment was supposed to be, because in the series’ final scene Jon was rewarded for always serving Westeros by being granted freedom from it.

Jon was transported from King’s Landing to the Wall by two members of the Night’s Watch, whose numbers are minuscule after many died fighting at the Battle of Winterfell. Waiting for him there was Tormund and the wildlings, many of them old men, women, and children. Tormund had told Jon they’d stay at Castle Black until the winter storms passed, roughly half a year earlier. 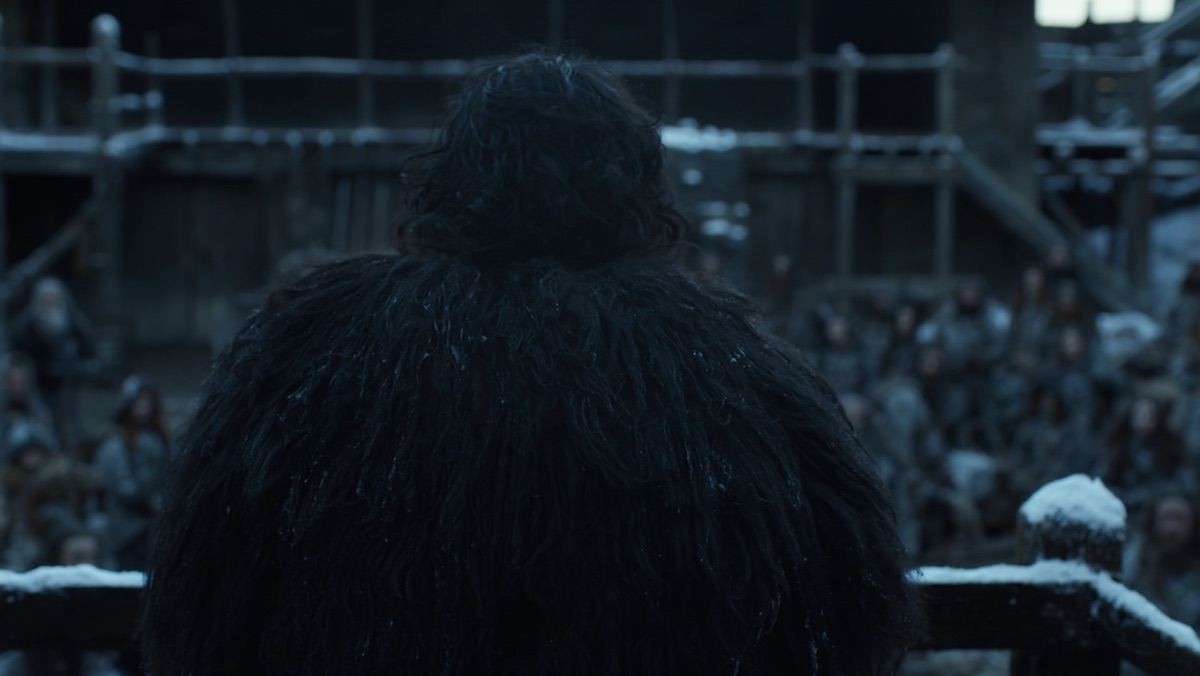 When he arrived at Castle Black, Jon was wearing his Stark clothing, but soon was back in his black Night’s Watch garb. He also appeared to have been reappointed as Lord Commander, as we saw him standing on the raised platform above the mixed group of wildlings and his fellow brothers in the courtyard. It makes sense they named him their leader again after Dolorous Edd died fighting the dead.

When Jon walked through the crowd the wildlings and his fellow brothers parted for him with reverence. Jon saved the freefolk by letting them come through the Wall, and without his efforts to unite everyone at Winterfell, the Night’s Watch and the world would have fallen to the White Walkers. Everyone there knew what Jon had done for them, and how he was murdered at that very castle and sent back there after killing Daenerys, all for doing the right thing. If any two groups know Jon got a raw deal with his sentence, it was the wildlings and Night’s Watch. The final scene of the show proved that. 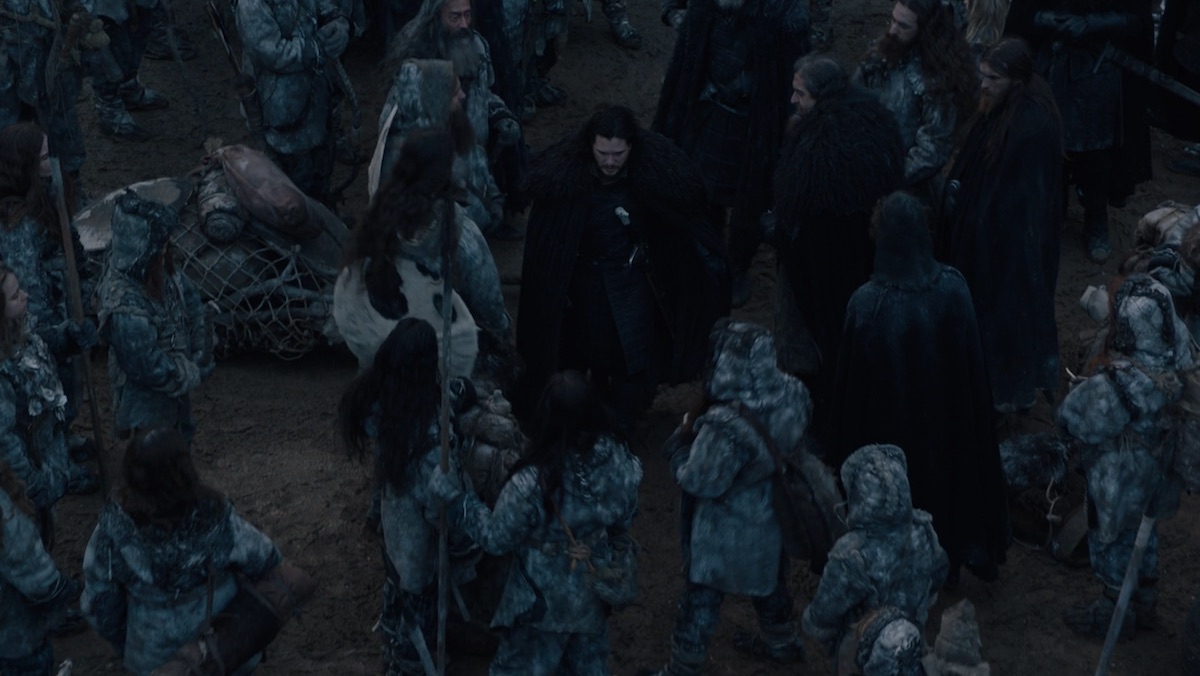 There was no need for Jon to escort the wildlings through the gate. The lands beyond the Wall aren’t just free of enemies now, they are free of anyone. Those who stayed behind when Jon brought them to Castle Black were surely consumed by the army of the dead, and Tormund doesn’t need directions on how to traverse his homeland. As they continued out past the Wall amid signs of a thawing winter, Jon was surprised to hear the gate behind him closing. There was no reason to shut it. The wildlings and Night’s Watch will likely have a friendly alliance for a generation, since they all fought and lived together.

The gate was shut because the Night’s Watch was letting Jon go. They know he didn’t deserve a fate of living at the Wall defending Westeros against nobody. His brothers were thanking him for everything he had done for them and the Seven Kingdoms by freeing him of any responsibilities to it. 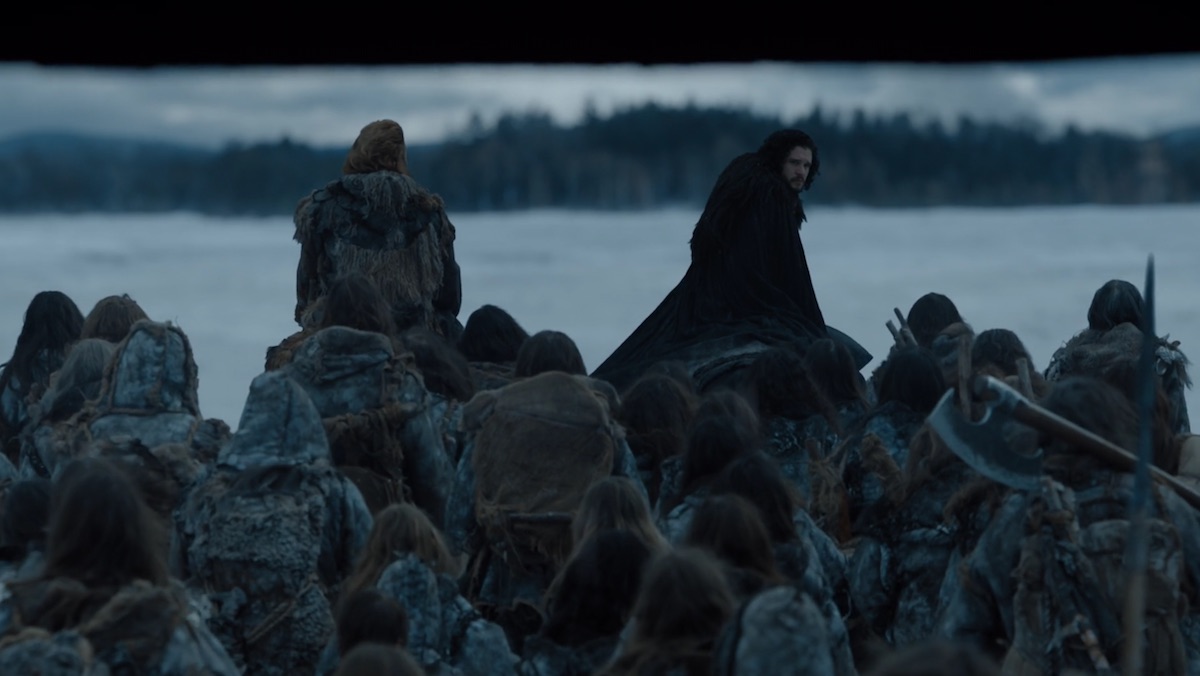 We thought Jon might make that decision on his own before the finale. He had told Tormund he wished he was going with him, and it was the only place he had ever found true happiness, when he was with Ygritte. Instead, it appears the Night’s Watch made that decision for him. As Jon realized what they were doing for him, a slight smile came across his face, before he headed out into the forest, another one of the freefolk who bends no knees and plays no part if any future game of thrones. 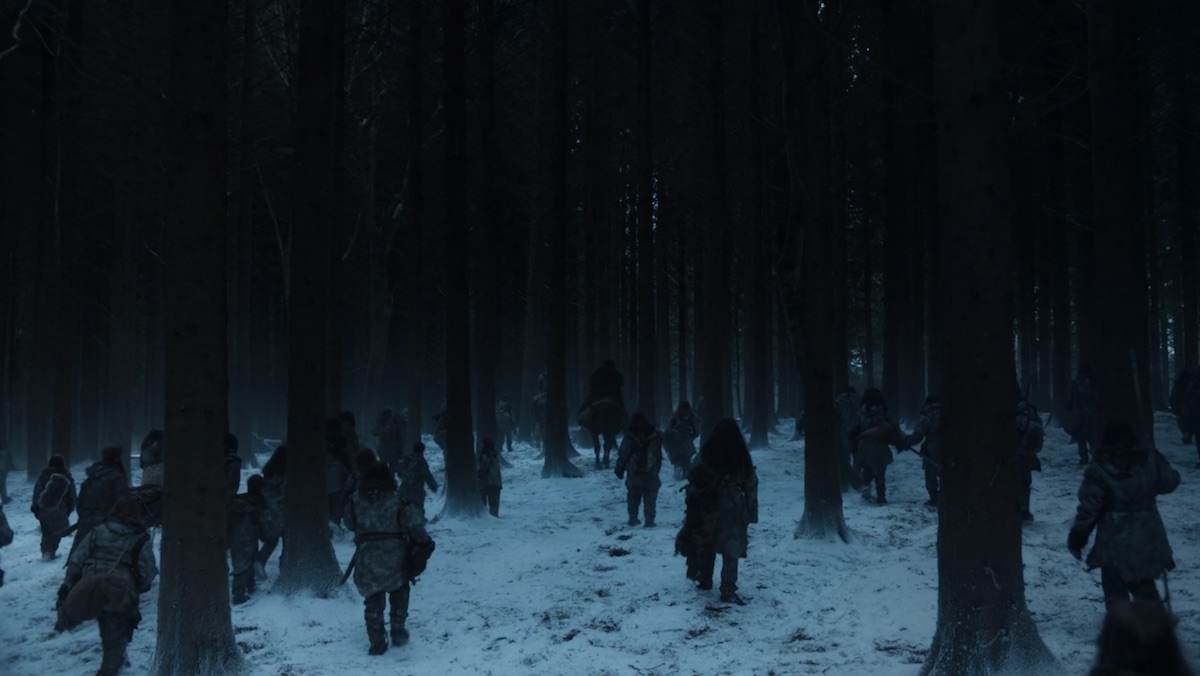 Tyrion said there would still be a Night’s Watch because “the world will always need a home for bastards and broken men,” but Jon is neither. He was a good man who always tried to do right by the Realm, no matter the personal cost, and in the end he was rewarded for his service by finally being allowed to stop living for everyone else. He was given his freedom and the chance to find peace. “And now his watch is ended.”

Game of Thrones ended well for Ned Stark’s children. All of them.