New GAME OF THRONES Line of Beers Coming to Stores

This April marks 10 years since Game of Thrones premiered on HBO. The network is celebrating the “Iron Anniversary” with a month-long celebration. That will include an all-new way to toast to Starks, Lannisters, Targaryens, and White Walkers. Warner Bros. Consumer Products is joining forces with the Danish craft beer company Mikkeller. The brewery will produce an original line of beers inspired by the show.

Fans still craving more of the Seven Kingdoms will soon be able to satiate their thirst with Mikkeller’s Game of Thrones Iron Anniversary IPA. It’s kicking off a multi-year partnership that will let fans pay tribute to the hit series “one stein at a time.” The partnership follows Ommegang’s line of Westerosi beers. The brewery released its 15th and final Game of Thrones beer in 2019. 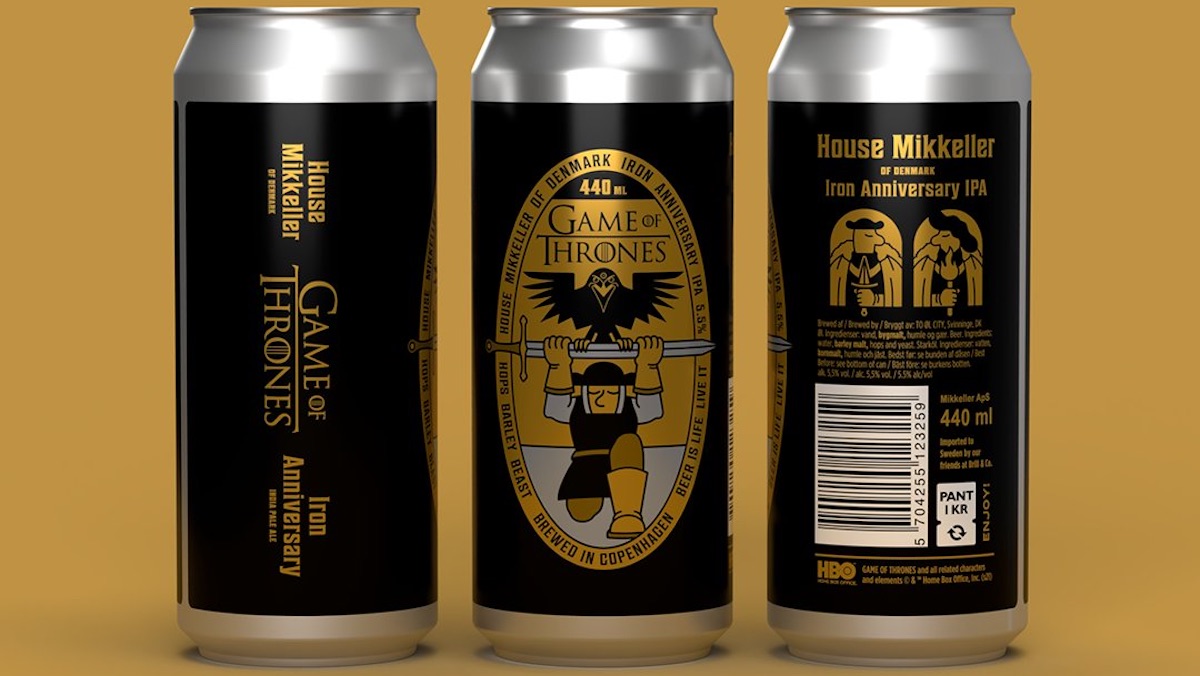 This inaugural release is a New England IPA. The unfiltered “juicy IPA” has a hazy appearance “and significant amounts of hops that give it a fruity aroma.” Mikkeller says it’s “expressive without being too extreme, and has been much hyped among microbreweries and beer enthusiasts in recent years.” That sounds like something that could be enjoyed throughout the Seven Kingdoms, especially as it starts to thaw out from winter.

“From the very beginning, collaborations have been one of the key elements in Mikkeller’s universe and are one of the things we have the most fun with and love the most. We have done a lot of them, but this is without a doubt the biggest so far, and we are extremely proud and happy to get this opportunity,” said Mikkel Bjergsø, Founder and Creative Director of Mikkeller, in a statement. “We are looking forward to brewing a lot of fantastic beers and sharing them with the series’ dedicated fan base and other beer lovers.” 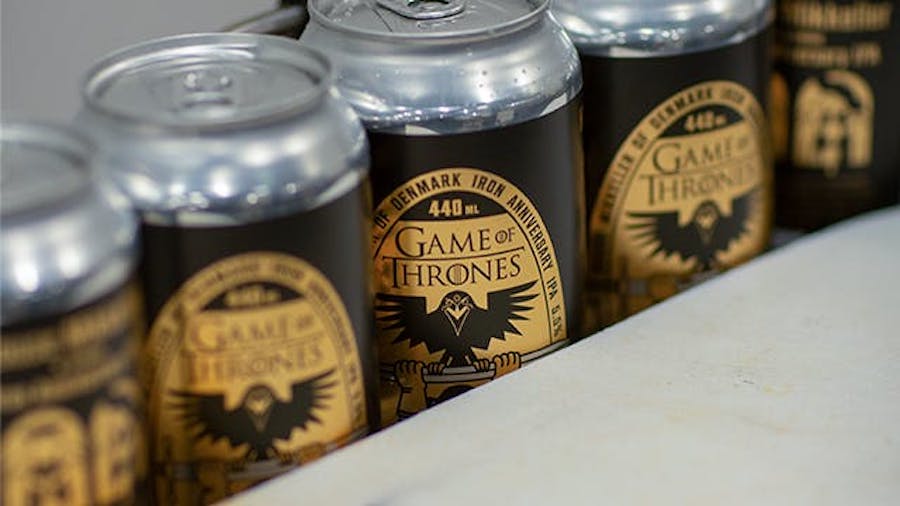 The Iron Anniversary IPA’s release was announced ahead of the April 17 anniversary of the show’s 2011 debut. But it’s just the beginning. Mikkeller has plans to launch two more beers in 2021. With several more will follow in the coming years. Beer lovers should expect a wide-variety of styles, “including lagers, IPAs, spontaneously fermented beers, stouts and non-alcoholic beers.

Some future beers will get wide releases around the globe. However, Iron Anniversary will only be available in limited quantities in select markets. You’ll be able to get it in the US, Denmark, Sweden, and the UK. You will also be able to order it through Mikkeller’s online webstore when it goes on sale.

Which is hopefully soon. The best way to celebrate any anniversary, Iron or otherwise, is with a toast.