Over the last few years Game of Thrones fans have not only been able to digest all of the sweet Westerosi-content they crave, they have been able to literally ingest it. For six years Ommegang has partnered with HBO for a number of Realm-related brews. They took inspiration from characters, events, and locations on the show . Now that the series has said goodbye though, Ommegang’s beers of ice and fire are coming to a close too, but not without one final beer befitting the end of the brewery’s watch.

Brewery Ommegang has announced the 15th and final beer in its Game of Thrones series will be the aptly named My Watch Has Ended, an imperial brown ale meant to express “the state of Westeros after eight seasons of bloody battle.” Here’s how Ommegang describes the ale, which has an ABV of 8%.

“My Watch Has Ended is brewed with two-row base malt, specialty grains such as oat flakes and chocolate malt, plus maple syrup and fenugreek, an herb with a maple-like aroma and flavor. Hopped with Hallertau Magnum and Styrian Golding varietals and fermented with an English ale yeast, with aromas of sweet maple and caramelized sugar, the beer pours a rich mahogany. Notes of cocoa and toffee and a smooth, velvety mouthfeel finish dry, with gently smoldering roast.” 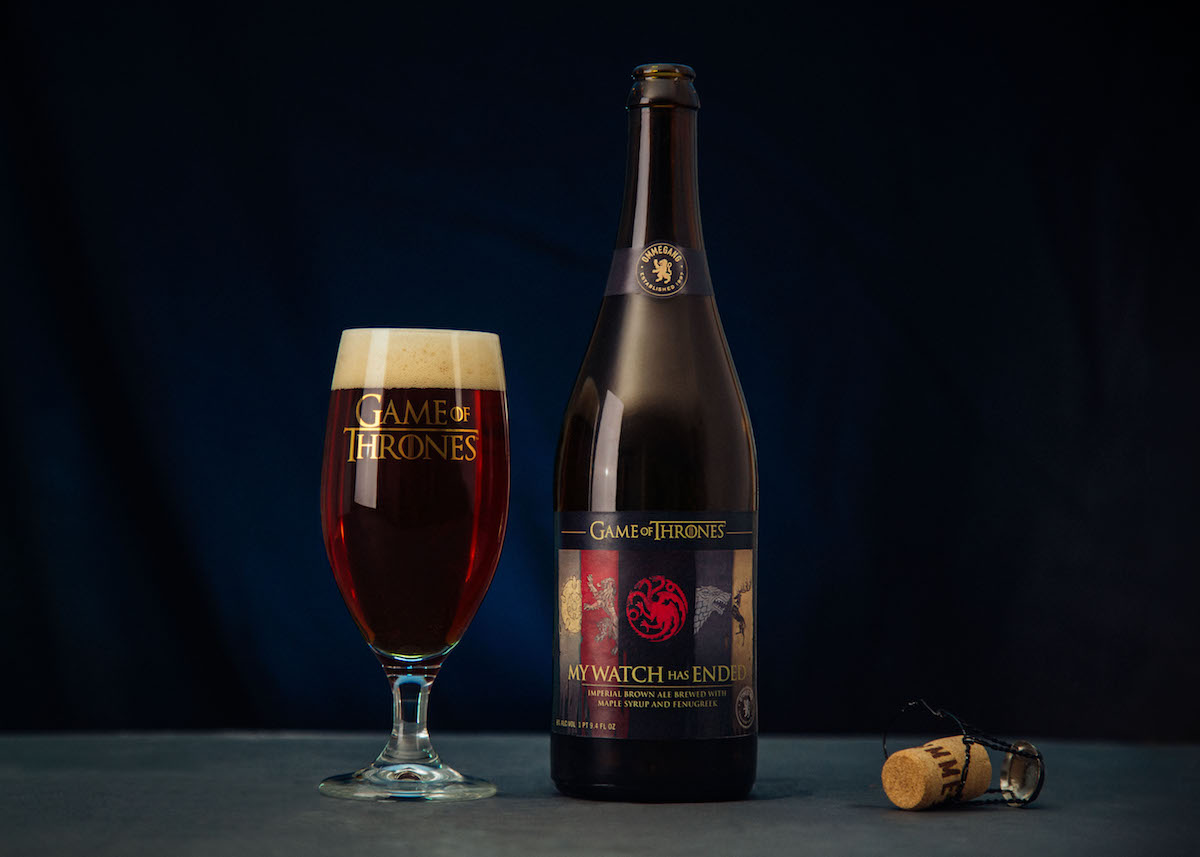 My Watch Has Ended will be available this fall. It’ll be on tap in select locations and in 750 ml bottles ($11.99) in stores. Ommegang recommends enjoying either by a fireplace or with a grilled steak. As they say, “the char pairs with the roasted malt while maple notes play off the sweetness in the meat”. No word on how well it goes with lemon cakes.

The brewery also announced a special Collector’s Edition pack will also come to stores in December. It will include three previously released Game of Thrones beers – Take the Black Stout, Fire and Blood Red Ale, and Winter is Here Double Wit – as well as a commemorative glass.

Hopefully for beer lovers and Game of Thrones fanatics alike (:raises both hands:), this final brew will go down a lot smoother than the final season.

Food
Get Into the Holiday Spirit with a Tree Stand That Pours Beer
Melissa T. Miller
2 MIN READ