Futurama, the Sistine Chapel of animated television, is a show that never gets old. In fact, thanks to the series’ complex narratives and its warping of physics, it can basically be considered a Peloton for the mind. Here, for example, are eight Futurama episodes that continue to break our brains every time we watch them. Which is all the time. 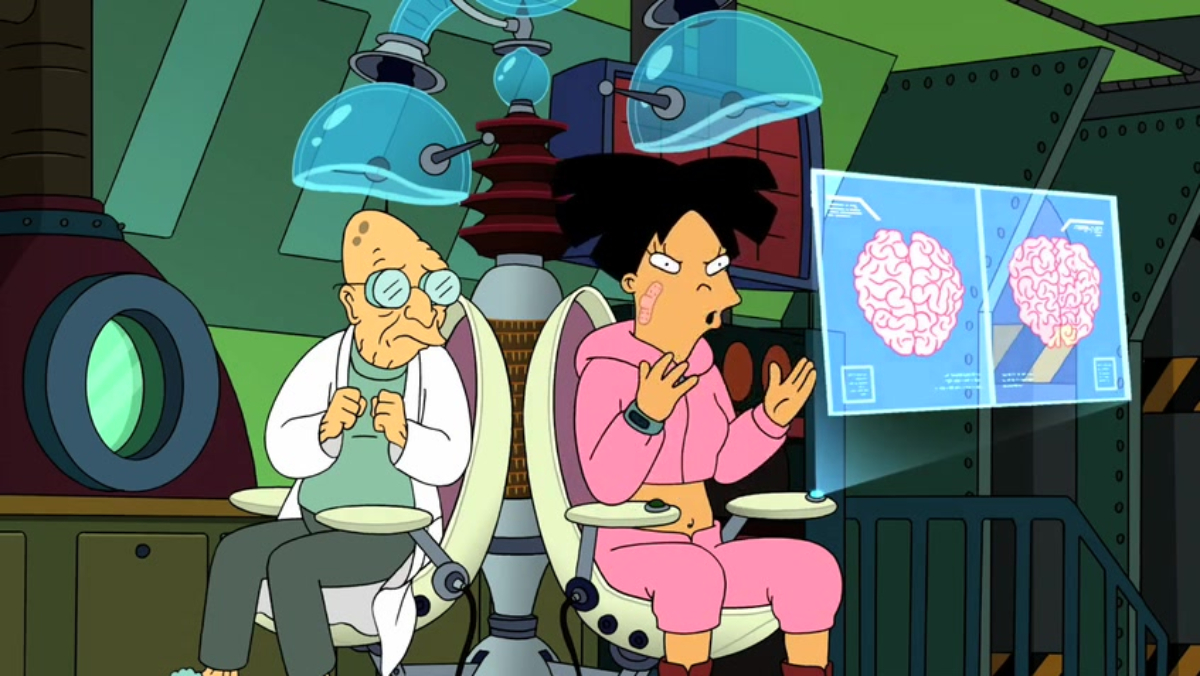 “The Prisoner of Benda”

“The Prisoner of Benda,” the tenth episode of Futurama‘s sixth season, is one of the biggest brain-breakers ever. Not only for the viewers, but the writers as well; writer and PhD mathematician Ken Keeler had to come up with a provable mathematical theorem to solve the show’s plot twist—one involving lots of brain and body switching.

Like “Benda,” this spoof of Minority Report and homage to Police Academy is made for brain busting. The episode features a robot—”Pickles”—who’s able to see into the future, and therefore predict crimes that haven’t yet happened. This feedback loop between prediction and variating future timelines leads to the kind of confusion astrophysicists get to enjoy all the time.

Although Futurama is el numero uno in dovetailing physics, math, and storytelling, it also gets into the weeds of philosophy. “Free Will Hunting” considers the question of whether or not robots, or people, have free will. It’s a timeless question, and one that’s especially painful to think about while following Bender around as he tries to answer it.

Although it’s a collection of episodes—technically one of four straight straight-to-DVD movies—the narrative of Bender’s Big Score has the perfect blend of narrative elements for endless thought-branching: time travel, duplicate characters from different timelines, and Al Gore. Anyone watching it for the first time should wear a helmet.

“Möbius Dick” is one of those episodes that mostly seems easy to understand on its face, but becomes more complicated the more you think about it. For example, the space whale that emerges from the 4th dimension in the episode; how does the whale fill its lungs with vacuum, exactly? And what fills its lungs when it escapes the 3D world?

Another standout headache-maker from the show’s later seasons—when the writers really began churning out brain-knotters—is “2-D Blacktop.” The episode, via an ultra-high-speed hotrod collision and “four-dimensional drifting,” takes viewers on tour of Flatland, a place where there’s only two dimensions. (It’s also a reference to the novella Flatland by Edwin Abbott Abbott.)

An oldie but a goodie, “The Farnsworth Parabox” sees the Futurama crew dipping into, and out of, a—literally—infinite number of parallel universes. And while not quite as brain-bending as “Benda” or “2-D,” the episode constantly asks viewers to question which universe they’re really in.

The show’s finale, unsurprisingly, also involves time travel, and is therefore quite hard on the ol’ cortex. In the episode, Prof. Farnsworth invents a “time button” that causes the entire universe to jump backward 10 seconds (as well as a shelter that shields people from the button’s effects). The episode subsequently forces the characters to come up with solutions to temporal conundrums, and, incidentally, features one of the most bittersweet moments in the show. 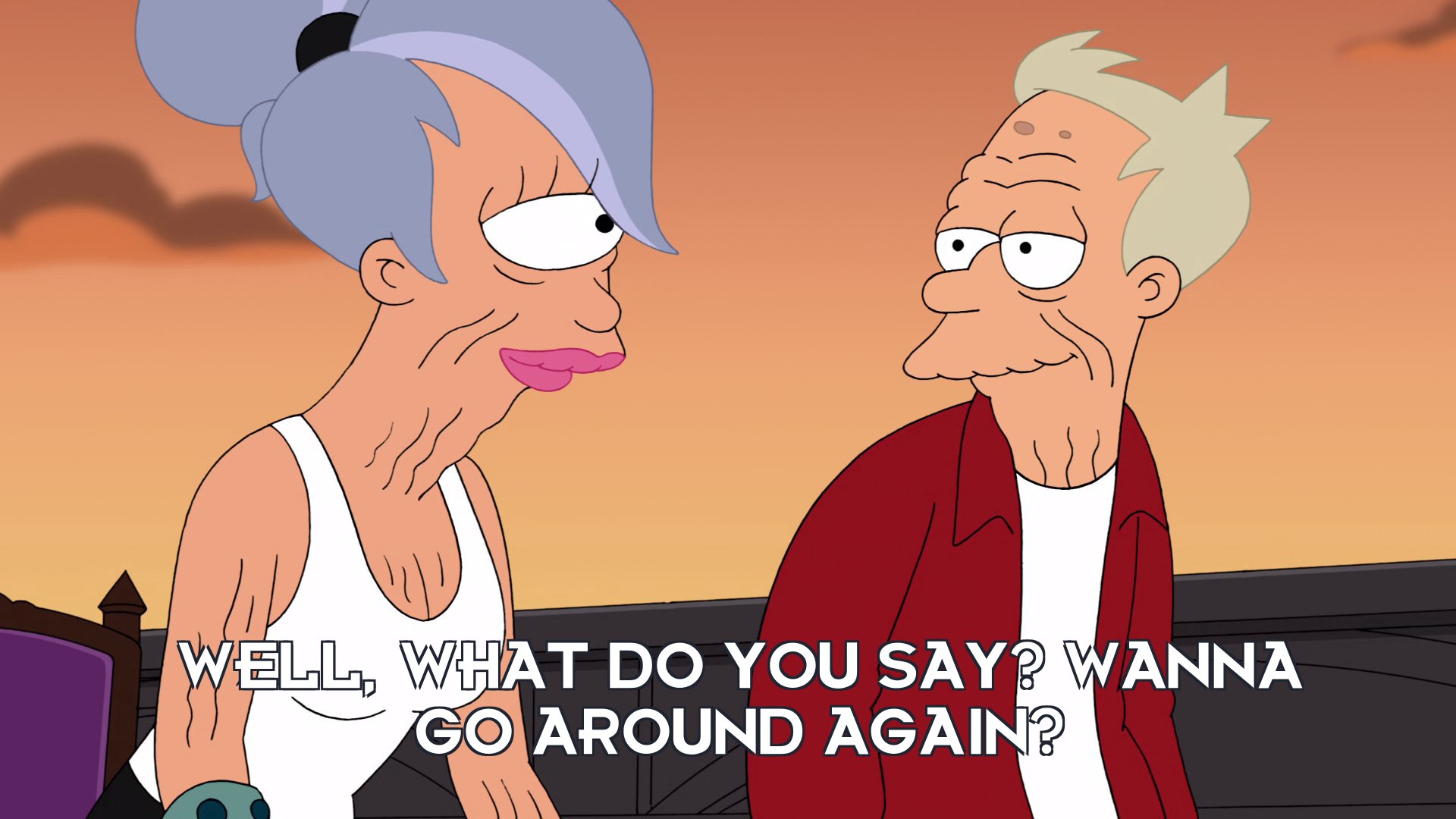