Behold, a Functional Iron Man Helmet Fit for a Cat

While engineers are desperate to emulate Iron Man’s armor IRL, attempts have fallen enormously short of the real fake thing. Some variations, however, have made up for their lack of efficacy with a ridiculously cool form factor. Such as the functional Iron Man helmet in the video below, which fits snugly around a cat’s head and both opens and closes on command.

The helmet’s maker, Rémy Vicarini, posted the above video to his eponymous YouTube channel. Vicarini, a scientist, has actually made numerous helmets like this one before for his cat, Cathode. (We love that pun name.) Including an astronaut cat helmet, a bicycle cat helmet, and a LEGO Knight helmet, which is in the video below.

In the video, Vicarini shows how he created Cathode’s Iron Man helmet; using rendering software and a 3D printer to make its two interlocking pieces. He then attached the two pieces, and used a mechanism—we think a servo motor—for raising or lowering the helmet’s top part. The button to operate the helmet’s moving piece is located on an external controller however, which is perhaps a -1 for style. Although, to be fair to Vicarini, even if the button were on the helmet, the cat wouldn’t be able to press it. (Probably, anyway. At least not on purpose.)

What’s perhaps most impressive about Vicarini’s feline Iron Man contraption is the fact his cat isn’t phased by it. Obviously, cats aren’t known for being docile creatures under duress, which is especially true when it comes to putting armor on them. We can only assume this means: A) Vicarini really knows how to build a comfy helmet. And B) there is a strong cat-human bond here built on trust.

As for folks who are now in the mood to dress up their cats (again), there are easier, although perhaps less cool, ways to make your kitty pretty. You could use cat bonnets, for example. Or maybe a cape and sunglasses. Really your imagination—and your cat’s tolerance for shenanigans—is the limit. 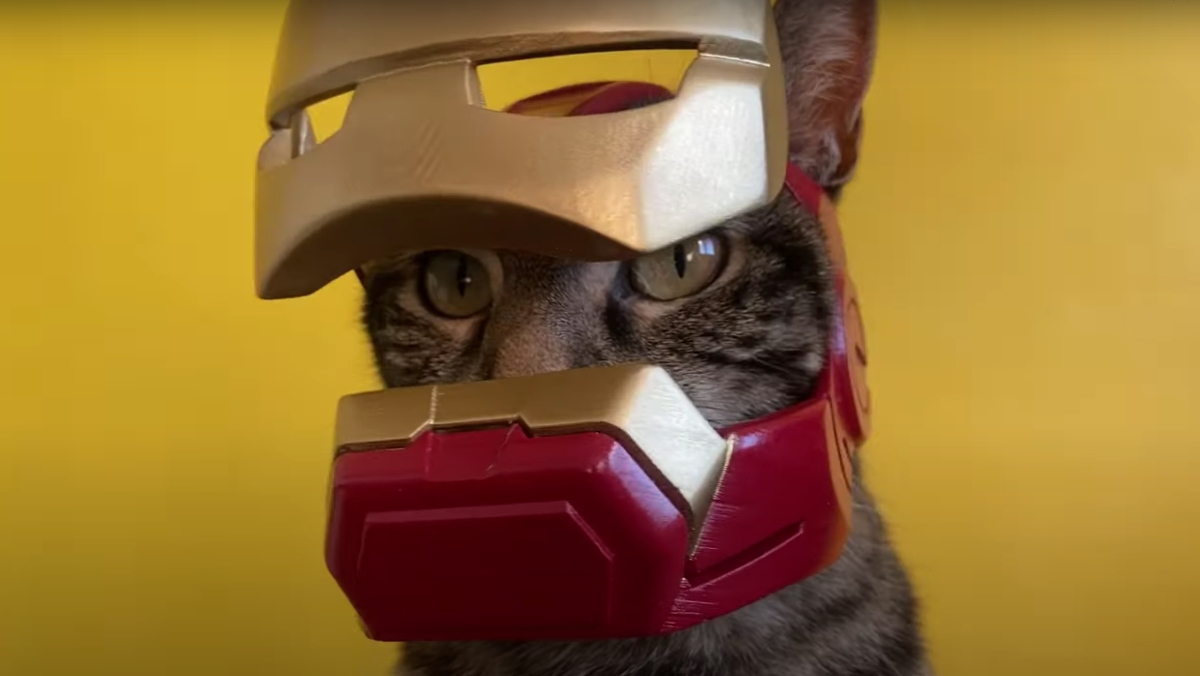