Take a Fully Functioning Miniature LEGO Bicycle for a Spin

Over the years there have been plenty of LEGO Ideas submissions we’ve wanted to take for a spin. In a metaphorical sense that is. But we actually will be able to with a new design. This miniature red bicycle made with LEGO pieces isn’t just a great replica. It’s a fully functioning machine.

This ingenious design (which we first saw at Laughing Squid) comes from LEGO builder SleepyCow. It uses 999 authentic pieces of both technic and system bricks to build a working bike. And despite the LEGO bicycle’s small stature, it’s fully tricked out.

This is full list of features included with this mini bicycle:

A mini bike stand for a working miniature LEGO bicycle might be the best display stand ever. 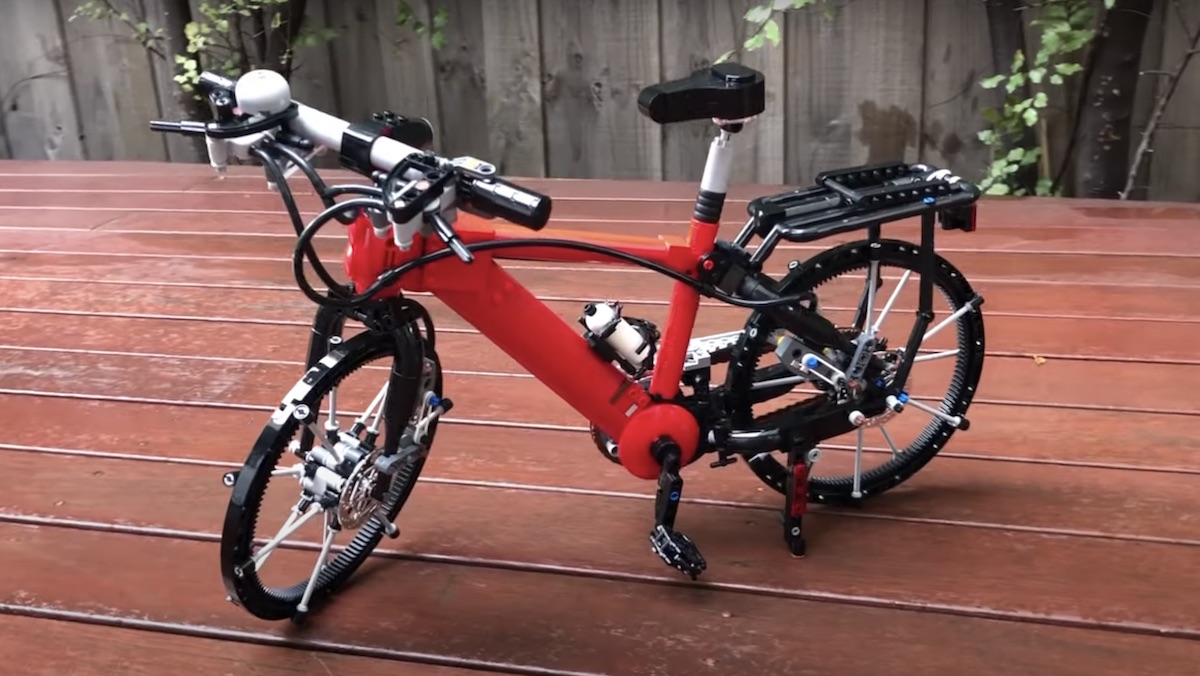 SleepyCow wrote that his LEGO bicycle design was “very challenging” to pull off. “Especially making the bike frame sturdy enough to hold the rest of the model.” But all that work was more than worth it. This design would be worthy of support even if it didn’t work. The fact it actually works while only using authentic LEGO pieces makes it one of the coolest submissions we’ve ever seen at LEGO Ideas.

However, it does need your support for formal consideration. As of this writing it only has a little over 700 of the 10,000 supporters it needs. So if you agree with us that this design is worthy of becoming an actual LEGO set, head over and back the campaign.

We’d like to actually take it for a spin. Metaphorical spins just aren’t as much fun.