FULCI FOR FAKE is a Strange, Moving Portrait of a Horror Maestro (Review) - Nerdist

FULCI FOR FAKE is a Strange, Moving Portrait of a Horror Maestro (Review)

The career retrospective biography is a tried and true formula in the documentary world. Pick a subject, follow their life and career, and give some anecdotes along the way. Very little muss, almost absent of fuss. When it comes to the career of filmmakers, the films about them can take on a mythic quality. Hitchcock, about the making of Psycho, makes the director seem otherworldly in his madness and genius. Straight-up documentaries, like Noah Baumbach’s De Palma, depends entirely on one-on-one interviews with the subject himself. But what do you do if you want to do a documentary about someone who was fairly standoffish and died 25 years ago? And what if you can’t show any clips of the actual films? You get something like Fulci for Fake.

Fulci for Fake is a new film from Italian filmmaker Simone Scafidi. I caught it last weekend as part of the fully online Chattanooga Film Festival. Ostensibly it’s a documentary about beloved horror director Lucio Fulci, most famous for supremely gory movies like Zombie, City of the Living Dead, and The Beyond. Horror circles revere Fulci, but consider him less of an auteur than people like Dario Argento or George Romero. What this movie attempts, at times, to contend is that Fulci’s films were the work of an artist rather than a jobbing craftsman. His personal tragedies and peccadilloes translated to the screen. Sort of.

The documentary’s title is a riff on the Orson Welles movie F for Fake, a pseudo-documentary art film about forgeries in the painting world, and how even documentaries can mislead or downright trick the audience. It’s a fascinating study of the artifice of art, and the shadiness of storytellers. What we’re watching is almost never “the whole truth” in even the most fly-on-the-wall of documentaries. What it seems like Scafidi is trying to do with Fulci is prove that what we think we know about him is a facade. 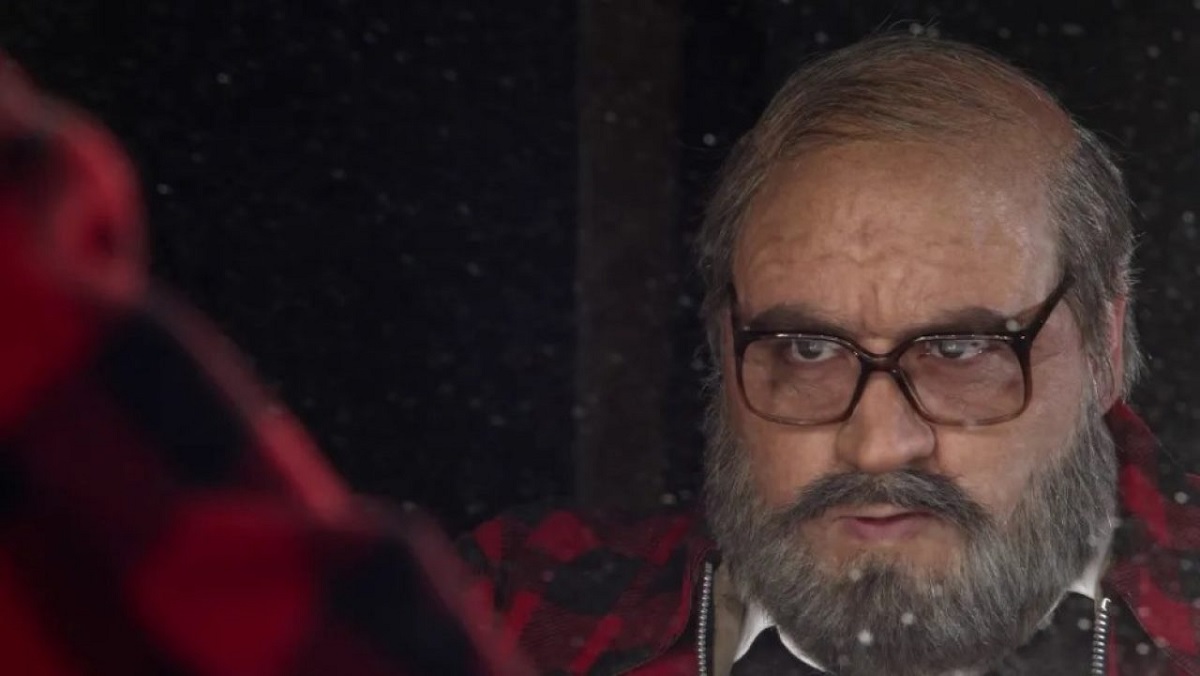 In order to achieve this, Scafidi gives us a thin framework. Actor (Nicola Nocella) must portray Fulci in a biopic (that doesn’t exist to my knowledge) attempting to know the real man. He does this through interviews with people who knew him best. Nocella begins the film in full, bearded Fulci makeup and he tears off the prosthetics over the course of the opening titles. Sporadically throughout the movie, we see Nocella as Fulci in other parts of his life; always with actress Martina Troni appearing as any one of Fulci’s apparently many girlfriends and leading ladies. These don’t do a lot to propel Fulci’s story. There’s also no footage of any of Fulci’s finished films in Fulci for Fake. We get behind-the-scenes shots and home movies and other, more candid things. And we get stills from the movies, but no clips.

And so, because of this, in addition to Nocella’s in-makeup appearances, we also get his narration and far-away staring about the dichotomies inherent with Fulci’s persona. He was a self-proclaimed misogynist and several of his movies seem to bear this out; he was also deeply sad at the loss of his wife at a very young age and was a caring single father to his two young daughters. Both Camilla and Antonella Fulci appear in the movie, though Camilla’s interviews form the bulk of the context and most moving moments. Fulci is famous for his horror movies, but he directed 15 movies before he’d even made a thriller; he didn’t start making out-and-out horror until his 20 years into directing. 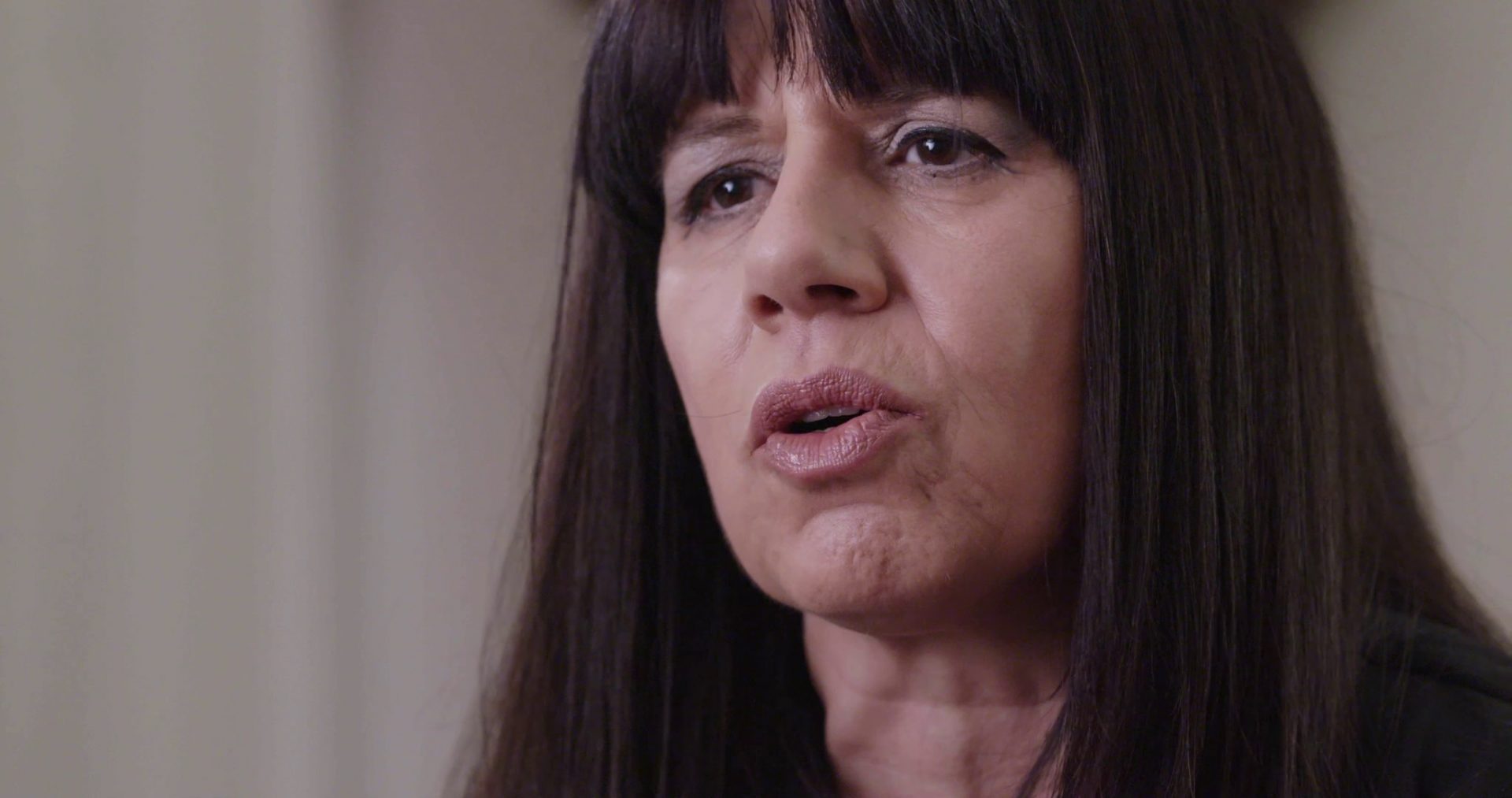 This is where Fulci for Fake truly delves into the interesting. Did Fulci hate that which made him famous? He died penniless either way, with no one willing to give him a substantial budget, even though he’d made mega-hits in the ’60s and ’70s. Fulci directed more comedies than horror movies, yet it’s impossible to find his comedies anywhere, while even the worst of his horror movies get special edition Blu-rays.

So, like the man himself, Fulci for Fake can’t quite settle on anything. While Camilla and Antonella provide insight into him as a man, and collaborators like actors Paolo Malco and Michele Soavi, and composer Fabio Frizzi, give anecdotes about his prickly nature on set, we don’t really know him very well by the end. Only the incredibly interesting essayist Davide Pulici offers any analysis of his films as such. I’m left, therefore, to wonder what am I supposed to glean from any of this?

And yet, I can’t help but think back on the movie and on Fulci himself with a weird warmth. He was clearly a complicated and angry man, and his most famous films seemed to bear that out. But he was also a man whom nobody really knew all that well, who kept people at a distance, and regaled them with stories about himself that couldn’t possibly be true. Like Nicola Nocella, we’re left wondering who was the real Lucio Fulci? This might be the closest we get.