In 1959, nine hikers died in the Ural Mountains in Russia, leaving a mystery behind as to what killed them. Now, 62 years later, scientists say they know what brought those young hikers’ lives to an end: a slab avalanche. And they say they’re certain of this, in part, thanks to simulations generated by the code used to animate Disney’s blockbuster movie Frozen.

Movie Web reported on the newly announced scientific explanation for the event, known as the Dyatlov Pass Incident. Johan Gaume, the head of the Snow Avalanche Simulation Laboratory at the Swiss technical institute, EPFL, led the team that’s come up with the novel explanation; one they’ve recently outlined in a study published in the journal, Communications Earth & Environment.

“A small slab of avalanche released right above the [hikers’ tents], and surprised them while they were sleeping,” Gaume says in the EPFL explainer video above. “Some of them [incurred injuries], and they had to cut the tent from the inside to escape,” he adds.

The two models developed for this study of the #Dyatlov Pass Incident will be used to better understand natural avalanches and the associated risks. Their investigation was published in Communications Earth & Environment by @nresearchnews @CommsEarth https://t.co/0hwop7v3DU

While researchers have considered the avalanche hypothesis as the most likely explanation since first analysis of the incident, there have still been some major question marks. The hill on which the inexperienced hikers made camp, for example, was at a slope of less than 30 degrees; seemingly too flat to allow for an avalanche. And the injuries on the hikers’ bodies weren’t consistent with those caused by an avalanche either.

After The New York Times asked Gaume for his insight into the incident in 2019, he began to ponder it. Then, at some point, serendipitously, the researcher watched Frozen, and found himself struck by its realistic snow simulations. So much so that he went to meet with the film’s animators so he could use their animation code. 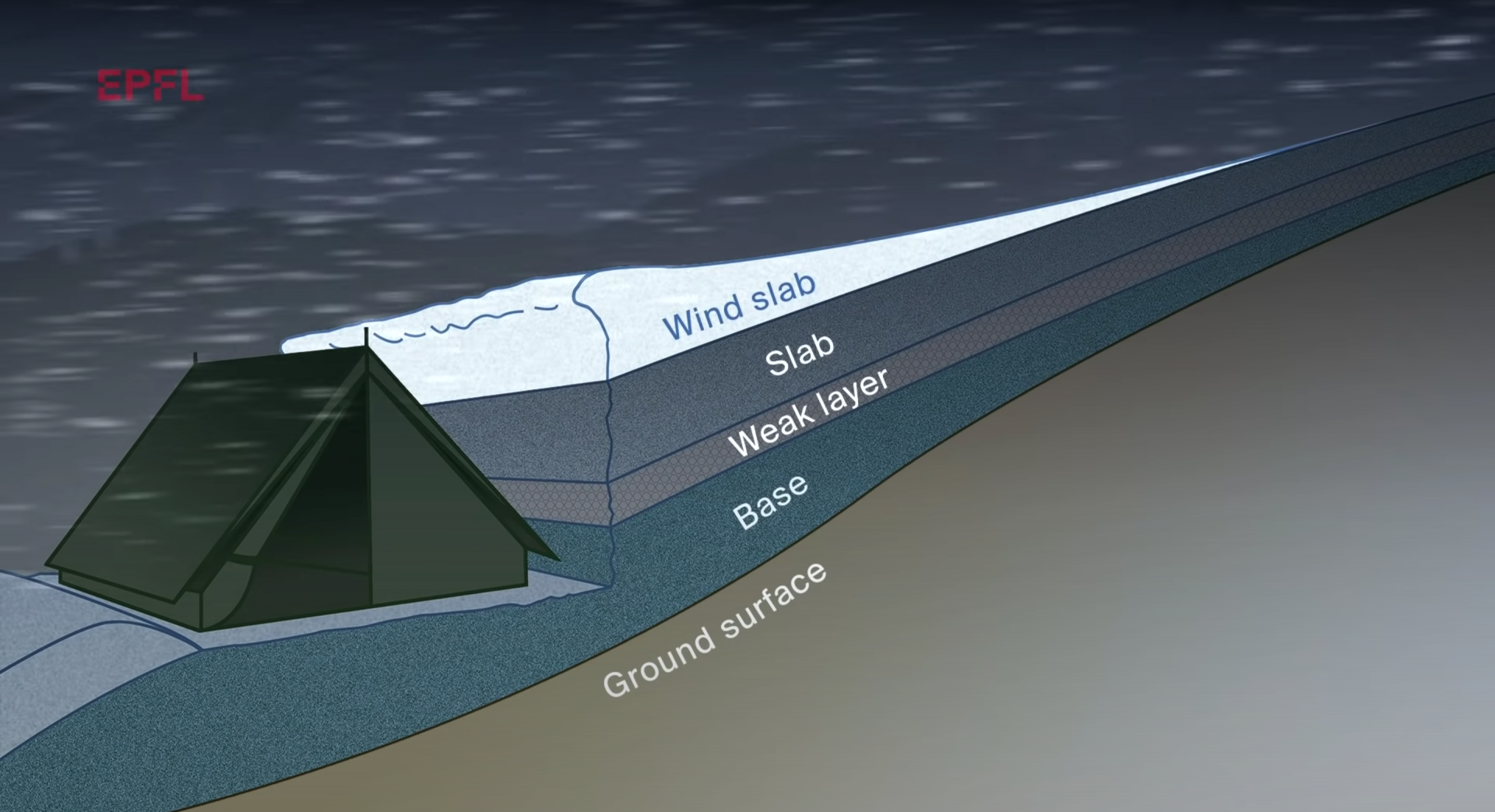 In the image immediately above, Gaume et al. visualize the circumstances that allowed for the slab avalanche. Note that the slab layer—which could’ve “handily [broken] the ribs and skulls of people”—clings to a weak layer of snow, only releasing when enough wind looses it. Once that slab Let it go—the weaker layer of snow—the hikers had no way out.