There may be plenty of fish in the sea, but sadly that’s not the case forÂ Sehuencas water frogs.Â For a decade, no one has been able to locate a single member of the species other than poor little Romeo, leaving himÂ to live all alone in his Bolivian aquarium. But true love always finds a way, and at long last researchers have discovered more of his own kind, including a Juliet for Romeo. 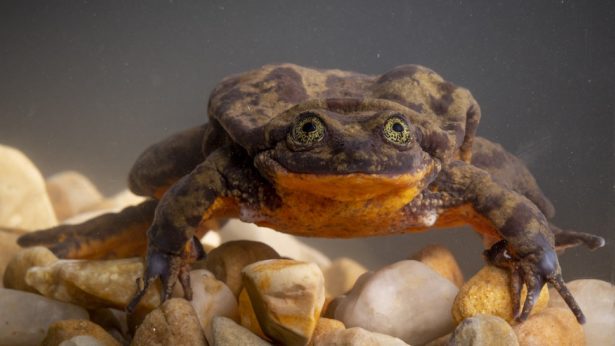 The Global Wildlife Conservation and theÂ Museo de Historia Natural Alcide d’Orbigny in Bolivia have announced that five more Sehuencas water frogs, three males and two females, were located in Bolivia during their latest expedition. The hunt for more of the frogs was made possible last year on Valentine’s Day, after an online dating profile for Romeo raised awareness of his existential plight. Now his lonely existence will soon be a lot more social. 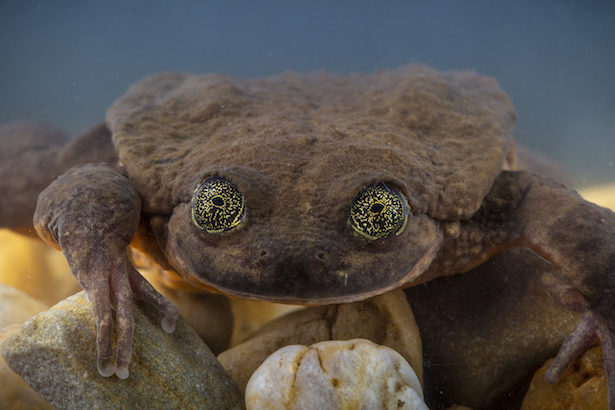 Once the newly discovered frogs are “ treated for the deadly infectious disease, chytridiomycosis, which is partly responsible for the steep decline of this species and other amphibians in streams where they were once found,” Romeo will get to meet Juliet. Scientists hope Romeo and the young frog will fall in love, resulting in lots of offspring to help restore the species numbers.

The museum’s chief of herpetology and leader of the successful expedition, Teresa Camacho Badani, said in a statement this discovery will let conservationist learn about the frogs’ reproduction, hopefully leading to their revival and ultimate survival. “With this knowledge we can develop strategies to mitigate the threats to the species’ habitat, while working on a long-term plan to return Romeo’s future babies to their wild home, preventing the extinction of the Sehuencas water frog.” 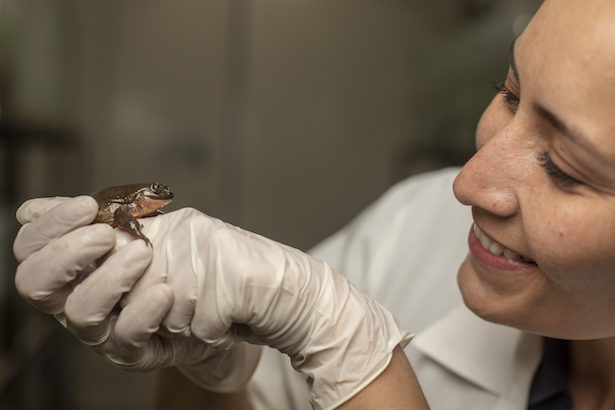 It’s an ending we’re hoping to see written. Not only would it save the species, it would ensure there are plenty of fish in the sea—or rather frogs in the river—so no little Romeo will ever have to live alone for 10 years.