5 Lessons We Learned from FREAKS AND GEEKS’ Lindsay and Kim

Freaks and Geeks only ran for 18 episodes when it debuted in 1999. But over time, the short-lived series from Judd Apatow and Paul Feig has cemented its legacy as one of pop culture’s most underrated shows. Hailed for its incredibly realistic portrayal of high school life as well as for launching the careers of its main cast, Freaks and Geeks made growing up, being an outcast, and fitting in something that we could all relate to. And in between the house parties and class cuttings and relationship woes were poignant character moments that helped make the show so special and personal.

The source of many of those moments is the sometimes contentious friendship between “freak” Kim Kelly (Busy Philipps) and wannabe rebel Lindsay Weir (Linda Cardellini). Kim and Lindsay maintain a yin-and-yang relationship that evolves from teenage animosity into something respectful and real. It perfectly illustrates not only the power of female friendship but also how you can connect with someone who is in every way your polar opposite. The friendship between Phillips and Cardellini in real life is just as genuine, down to the fact that they coincidentally share the same late July birthday. 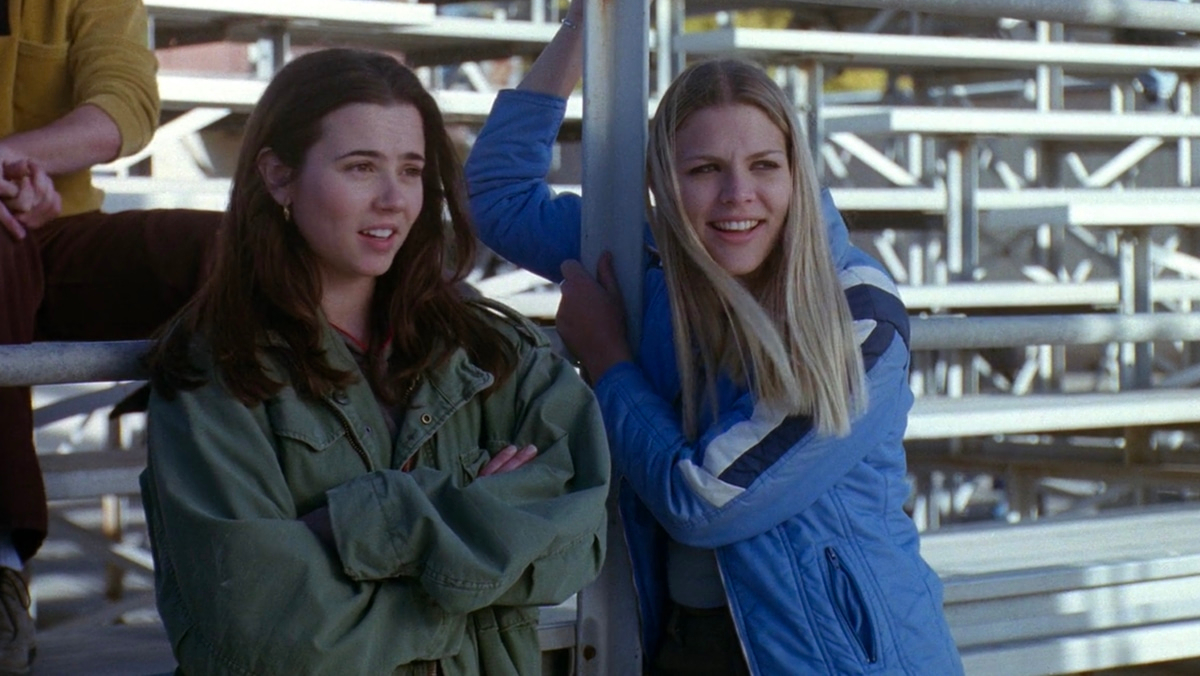 In an interview discussing the show a few years ago, Feig outlined some headcanons for where the main characters would be if Freaks and Geeks had a longer lifespan, noting that Kim and Lindsay “would have become a true friendship.” While it will be forever disappointing that we never got to see the full evolution of their relationship, we can still appreciate what Kim and Lindsay taught us. They’re lessons that, like the show, have only become more important.

Appearances Can Be Deceiving

We don’t mean that you shouldn’t judge people by what they wear. (Although you shouldn’t.) On the surface, Kim is abrasive and sarcastic. Her blunt opinions and lack of emotional filter make her both intimidating and standoffish. But in the episode “Kim Kelly Is My Friend” (arguably the series’ best episode and the one that’s most significant for Kim and Lindsay’s friendship), Lindsay eventually learns that Kim’s life growing up was nothing like her secure, loving experience. Kim’s violent stepfather and lack of parental support likely contributed to shaping her personality. Underneath all the harshness, Kim is a vulnerable teenager who just wants to find a genuine connection with someone. An emotional scene between where Kim breaks down the walls between her and Lindsay is a key catalyst towards Lindsay understanding that no matter how Kim acts, they’re much more alike than she thought.

You Have the Power to Change Opinions

Lindsay constantly defends Kim to her skeptical and overprotective parents, attempting to rationalize her behavior. It’s very much the classic “you don’t understand me!” argument that teenagers feed their parents who don’t approve of their friends or boyfriends. But the fact that Lindsay fights so hard to change their minds on behalf of Kim shows how putting in the work can ultimately lead to the reward of a great friendship. And it reminds us that you should give everyone a chance—after all, you can never tell if someone is worth getting to know if you don’t try to understand them. 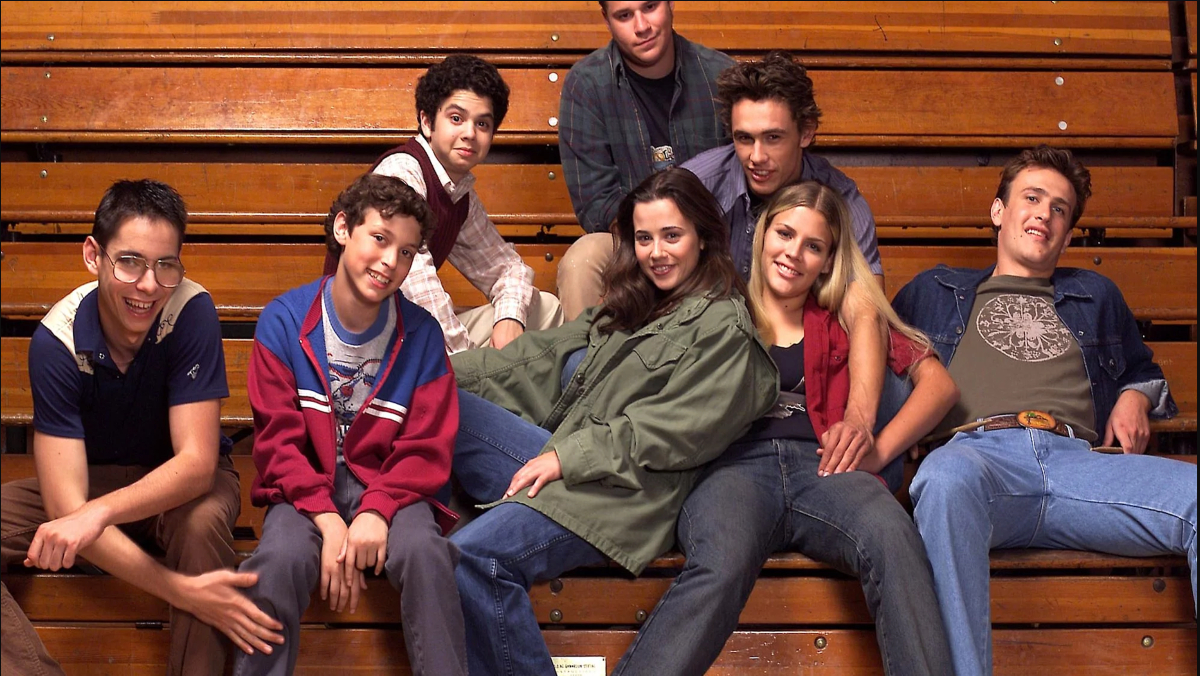 In one of the show’s classic moments, Lindsay—who has gotten into a fight with Kim because her parents don’t want them to hang out anymore—takes her own advice: “Just because a girl speaks her mind doesn’t mean she’s psycho.” Delivering a smackdown of Jack Kerouac, Lindsay openly validates Kim by defending her choice of not completing an assignment. In doing so, she shows her loyalty. This small moment of Lindsay publicly supporting her friend at the expense of her reputation makes a world of difference. Not only does it mend their friendship, it reminds Kim that someone has her back in this crazy high school world.

It’s what everyone wants in high school: to fit in. To not be the person who is judged because they’re taking a different path. At one point in the series, Lindsay falls back in line with her grade-A, good girl personality. That also means she goes back to her friendship with mathlete friend Millie (Sarah Hagan). But even though she’s not associating as a freak and it causes a rift with her new pals, she doesn’t completely reject them. She defends Kim to her mathlete friends, standing up for her and explaining that just because the freaks live their lives in a different way, it doesn’t mean they should be written off. Kim’s friendship with Lindsay—and by default, Lindsay’s time that she’s spent with the freaks—has taught her the lesson of seeing different sides of people. Sure, Kim might not be the model standard for a friend. But just because she’s not “perfect” doesn’t mean that she’s a bad person. 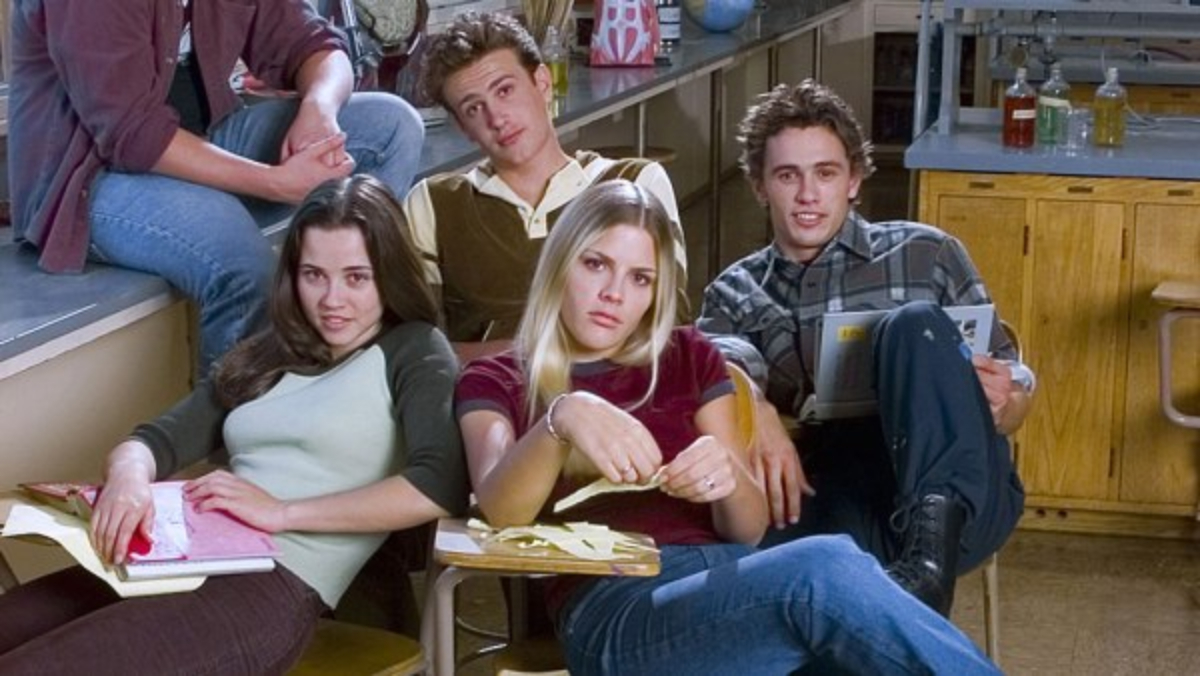 Life Waits for No One

In the series’ final episode, “Discos and Dragons,” Lindsay ditches her summer school program to follow the Grateful Dead tour with Kim. The scene feels like a culmination of all the progress we’ve seen when it comes to the girls’ relationship—Kim’s excited face when Lindsay shows up to join her speaks volumes. If being a part of the freaks has taught Lindsay anything, it’s that you can allow different versions of yourself exist while figuring yourself out. Becoming friends with Kim also taught Lindsay to realize that if you don’t take advantage of life every once in a while, you might regret it. We’ll sadly never know how Lindsay’s parents reacted to her decision, but we know she definitely experienced some independence and happiness. And for both Kim and Lindsay, that’s something their friendship helped them achieve.