A long time ago, it seemed like anything other than live-action filmmaking could be scary. Animation was for kids, and puppetry was for comedy or kids.  The Dark Crystal changed that to a degree; at least there was an example of a fully puppet movie with different aspirations. Peter Jackson made the raunchy, satirical Meet the Feebles in 1989 as a black comedy take on Jim Henson. Obviously Henson’s work is the hallmark of puppetry in any form. But as we can see from the trailer for the new film Frank & Zed, that same principle can be applied to a straight, gory horror movie. And it’s kind of magical.

The movie follows the titular monsters Frank, a man-made-man, and Zed, a zombie. They are the servants of a foul wizard, cut down ages ago with cursed weapons. For centuries, the two creatures help each other and form a bond. But ego and machinations from the leaders of the nearby village bring threat to our ghoulish heroes. The ensuing battle might just unleash hell upon the land. Can two undead things maintain their friendship amid all of that? 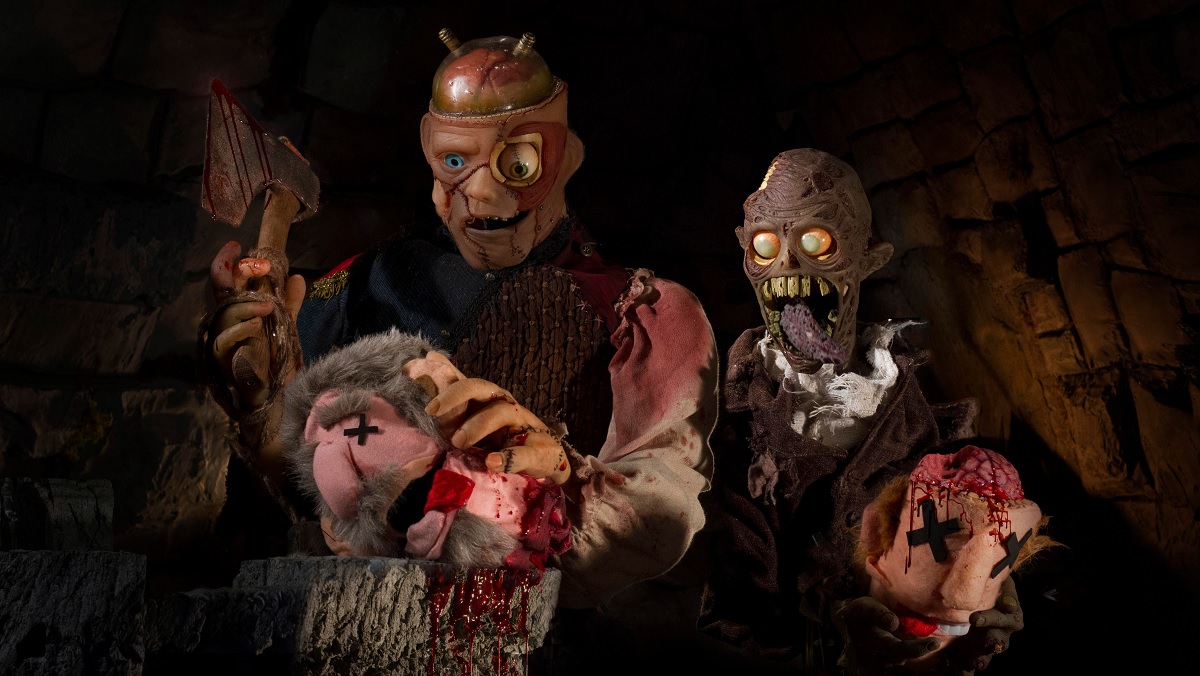 Frank & Zed is the gargantuan work of writer-director-puppeteer Jesse Blanchard. In 2011, Blanchard founded his company Puppetcore with two mandates: make sure the characters are real, even if they’re puppets, and use practical effects whenever possible. With that in mind, and two successful Kickstarter campaigns to fund the film, Blanchard spent seven years filming Frank & Zed. The feature length Gothic horror adventure required over 40 handmade puppet characters, intricate miniatures, practical cloud tank effects, and honest-to-god fire. Now, finally, audiences can see it.

Frank & Zed will have its world premiere as part of Nightstream, a virtual cabal made up of five different small genre festivals. (Boston Underground, Brooklyn Horror, North Bend, Overlook, and Popcorn Frights to be specific.) Pooling their efforts, Nightstream will have dozens of movies and events allowing more people than ever to experience festivals in the safety and comfort of their own home.

There are a lot of movies to check out as part of Nightstream, but the sheer grotesque wonderment of Frank & Zed puts that right up to the top of my watchlist.