A team of French scientists has completed a study of thousands of bones from the 13,000-year-old Jebel Sahaba cemetery in northern Sudan, and now reports something unexpected: the mass grave, the scientists say, was not the consequence of one huge battle as many previously thought. Instead, it was the result of a series of skirmishes humans fought over a lifetime; quite possibly for resources. (One of which we can only presume was the monolith from 2001: A Space Odyssey.) 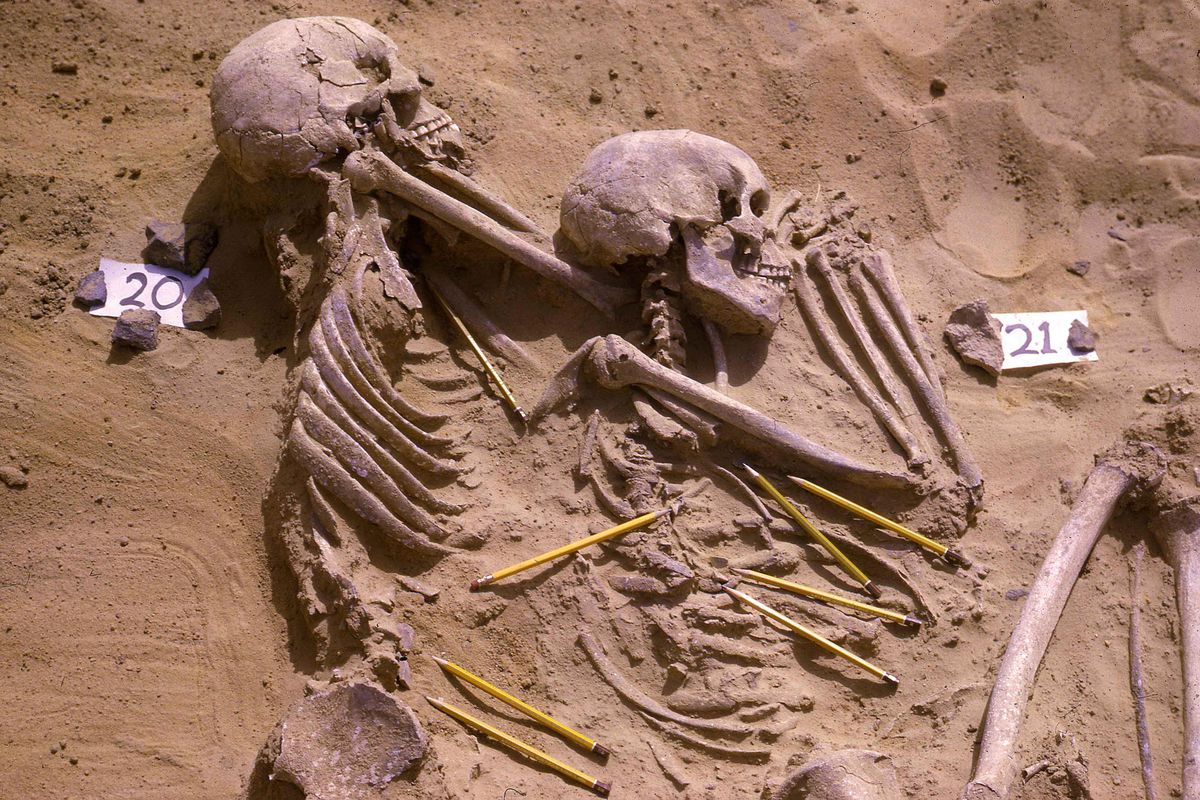 The Wendorf Archives of the British Museum

Science News reported on the new study, which the team of researchers recently published in the journal Scientific Reports. Isabelle Crevecoeur, a researcher in paleoanthropology at the University of Bordeaux, led the team, which sought to reassess the fossil evidence presented at the site.

To reanalyze the fossil evidence from Jebel Sahaba—which is in the Nile Valley, and now underneath a human-made lake 60 years after its excavation—Crevecoeur and her colleagues looked at thousands of bones from 61 human individuals. The team studied the fossils over the course of six years; using microscopic and macroscopic methods to identify lesions (e.g. scrapes and scratches) caused by attacks in combat.

🦴In addition to the 20 individual originally identified with lesions, we added a new 21 individuals, and we discovered 107 unidentified lesions, and 13 new lithics embedded on these now 41 individuals affected with injuries (4/17)

The team identified approximately 100 new lesions, both healed and unhealed. (One of which is in the image immediately below.) The team also more than doubled the number of individuals with identifiable lesions on their bones; ones the researchers say were almost all suggestive of interpersonal violence. The team also discovered many new instances of “lithic flakes” (i.e. rock shards) from projectiles embedded in the bones.

“Looking at the anatomical pattern of the lesion and the identity of the victims, female and male [encountered attacks] indistinctively,” Crevecoeur wrote in a tweet thread outlining the study. “[With] projectile impact marks being mostly located in the pelvis area and the legs,” the paleoanthropologist added.

In perhaps the most macabre twist, Crevecoeur added that “Only children exhibit higher frequency of cranial injuries” relative to any other group. Although the use of “distal cutting edges” suggesting “that one of the main lethal properties sought was to slash and cause blood loss,” is quite dark as well.

Overall, Crevecoeur says her team’s findings support the idea Jebel Sahaba was not a cemetery resultant from a single conflict. Rather, the archaeological data favor the hypothesis that the site was home to “sporadic and recurrent” violent events. Ones that were small-scale, and took the form of raids or ambushes between hunter-fisher-gatherer communities. And may or may not have started when aliens delivered unto Earth the gift of technological knowledge. (Just kidding, that only happens in the movies. Or Utah.) 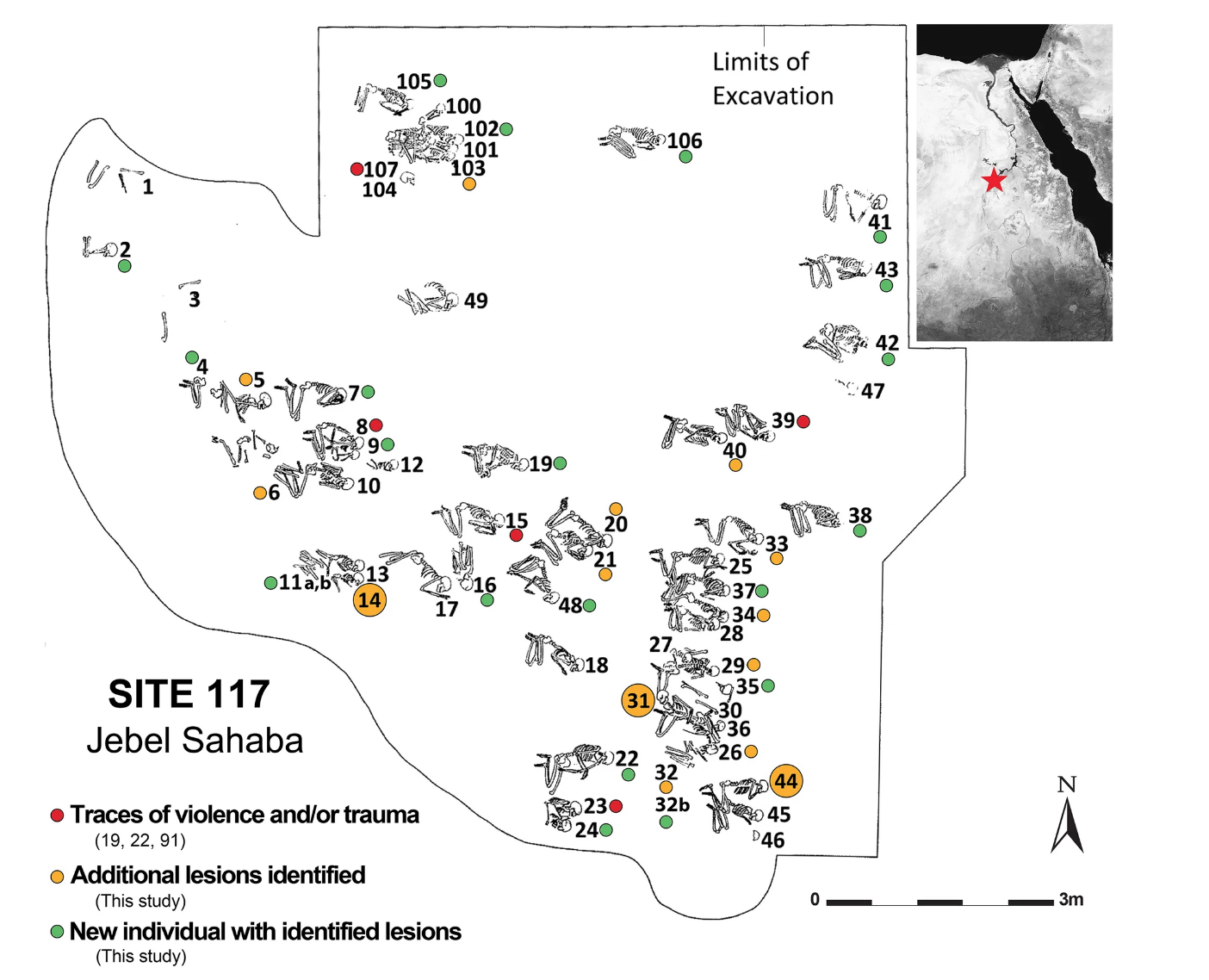