Former SpaceX engineer Brian Ignaut has created a lot of origami-inspired furniture and “kinetic home products” that are whoa-inducing. But his folding chess set? It may be one of his masterpieces. Ignaut, who sells his origami furniture through his company, Degrees of Freedom, not only made a chess board unlike any other, but also one that’s quite functional. Plus, who could get bored of this board:

Via Laughing Squid, the four-panel design is made from stainless steel and solid walnut. Ignaut says it is “based on a square twist origami fold pattern, but without the square.” The board comes with magnetic pieces that players can stow in trays. When they unfold the board, these same trays expand to rest beside the playing surface for quick and easy set-ups.

Ignaut adds in the DoF Chessboard description that, “The assembly’s two degrees of freedom afford it some interesting behavior, which is ultimately essential when pivoting into its final playing orientation.” Degrees of freedom in this context refers to the number of basic ways a rigid object can move through three-dimensional space. In total, there are six degrees of freedom. Three correspond to rotational movement around the x, y, and z axes.

Aside from the chess board, Ignaut’s other major origami masterpiece is probably the Kinetic Ring Box shown below. Or perhaps this desk lamp that folds completely flat. Maybe it’s this coffee table that looks like it came directly from the platonic realm of forms. Or maybe literally everything he makes is astonishingly cool—which would explain why every product on his site is, oh so sadly, sold out. 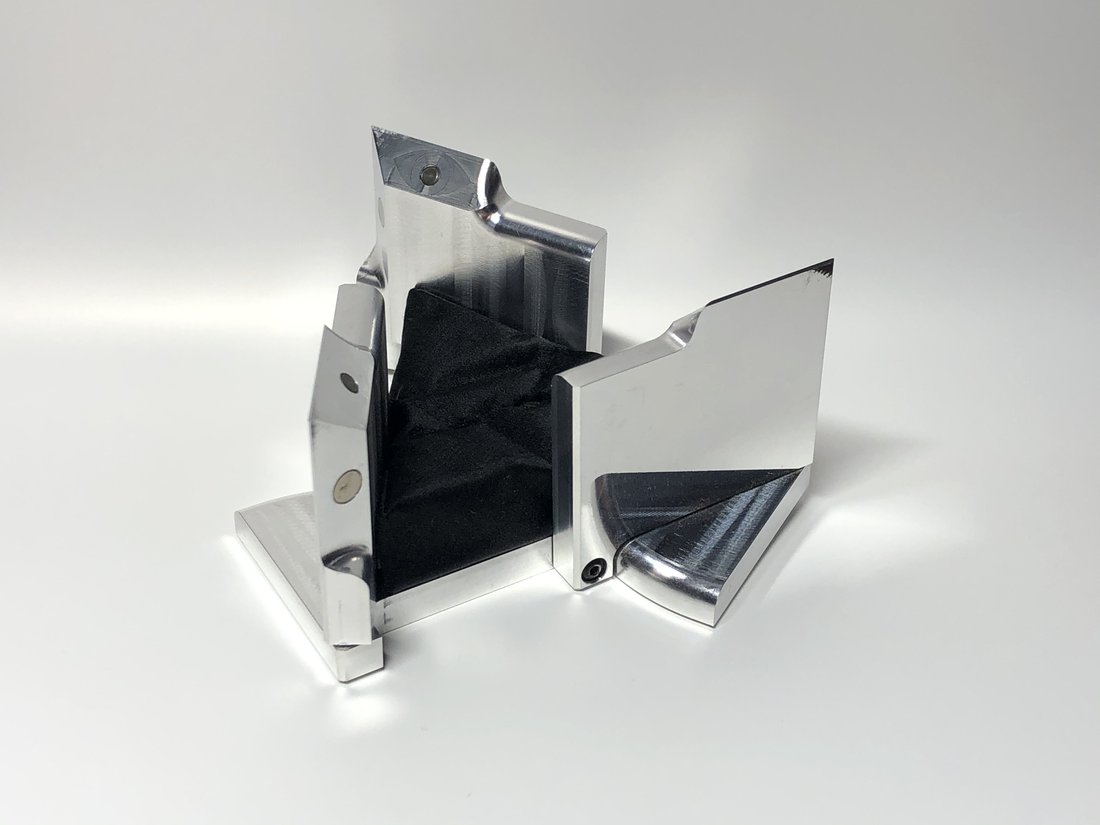 What do you think about this origami chess board? Would you order up one of these if they were to hit the market again? Unfold your thoughts in the comments!