Watch a Flying Playing Card Shatter a Piece of Ice

There are certainly a lot of drawbacks to the series of COVID-19 lockdowns we have been experiencing for over a year. But one of the highlights of being at home more is the chance to do cool creative things. Some people have baked lots of bread, while others have made an entire video store in their basement. So it is not surprising that one guy took time to perfect one of the most classic forms of entertainment: the card trick. This sleight-of-hand is far more intense than slipping cards around cleverly. He’s learned to launch a thin playing card with such power as to shatter a chunk of ice.

A clip of his trick, which we first spotted via Digg, shows Javier Jarquin (who appropriately calls himself “realcardninja” on Instagram) performing the trick along with a friend. He stands across the room while the friend holds a small chunk of ice in their hand. Mr. Card Ninja begins his attack but the only thing getting sliced is his assistant. Hey, they say practice makes perfect right?

The other person takes the hits in stride, probably because a hoodie stands between their skin and the flying playing cards. Finally, Jarquin sets his sights and slices the piece of ice in half. Success! 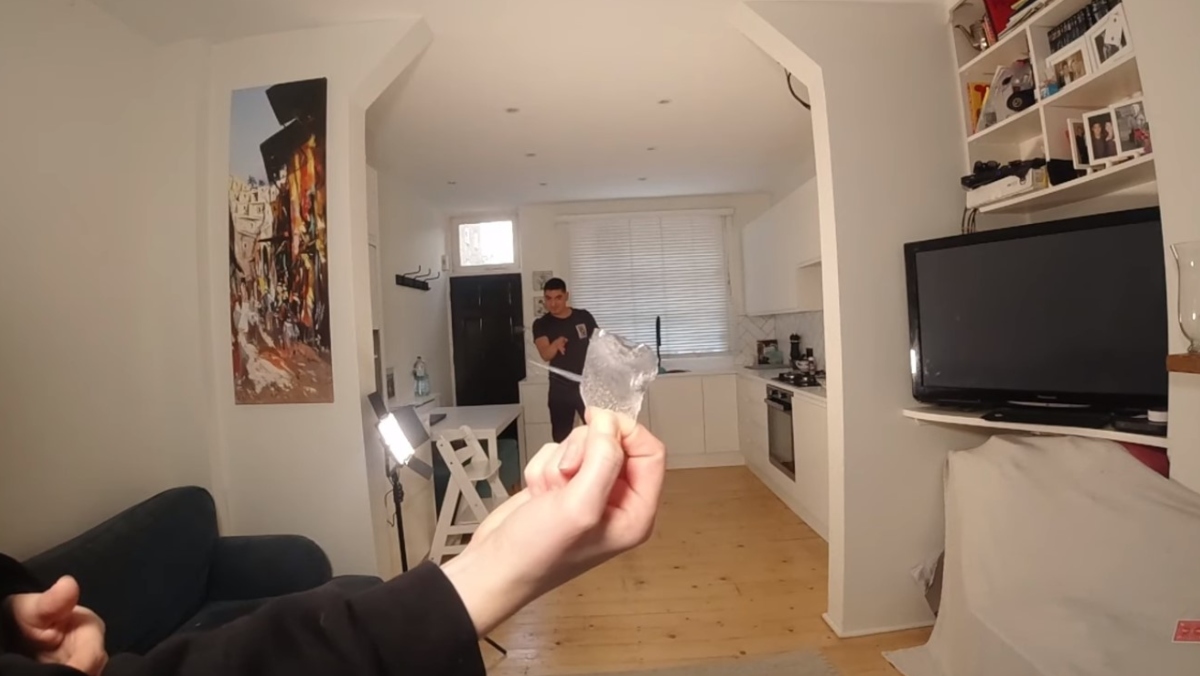 Of course, no one can profess to be a card ninja without other tricks, right? The object assassin’s YouTube channel includes a tutorial video where he does everything from knock over a standing quarter on a table to launching one and popping up a small white ball from out of a cup.

He even launches a ping pong ball in the air and then hits it with a card. He can do anything with cards, including throw them in rapid succession and in a boomerang formation. It’s a pretty cool skill and he makes it look incredibly easy. Somehow, we aren’t sure that this video tutorial will turn us into quick experts. Card ninja-ing takes time and practice.