We are often dazzled by LEGO sets. From giant 2,000 piece brick masterpieces to the small yet mighty builds, LEGO is a treasure trove of creative delights. All in the form of colorful bricks. Plus, companies like Brickstuff, a hobby electronic shop based in Minnesota, are adding their own impressive flair. Brickstuff has a build based on an iconic bit of science fiction technology: the flux capacitor in Back to the Future. And it’s pretty powerful stuff, even if it can’t actually transport us to the past. If that was the case, I’d go back to 2011 and play a melancholy break-up bop about recently acquiring my driver’s license. But I digress.

The Brickstuff Flux Capacitor kit, which we first learned about at IGN, has everything an ambitious LEGO builder needs to channel their inner Doc Brown. (Unkempt hair and lab coat not included.)

The kit features 18 LEGO bricks, a pre-assembled circuit board with LED lights, a battery pack featuring the on/off switch, and an assembly instruction packet, complete with illustrations. Visual learners out there, rejoice! The build kit doesn’t come with batteries but just pop in a trio of AAs and you’re ready to roll. The build comes in at a cool $64.99. It may seem a little pricey for a build that only includes 18 bricks. However, for an actual light-up build, it’s probably worth it. 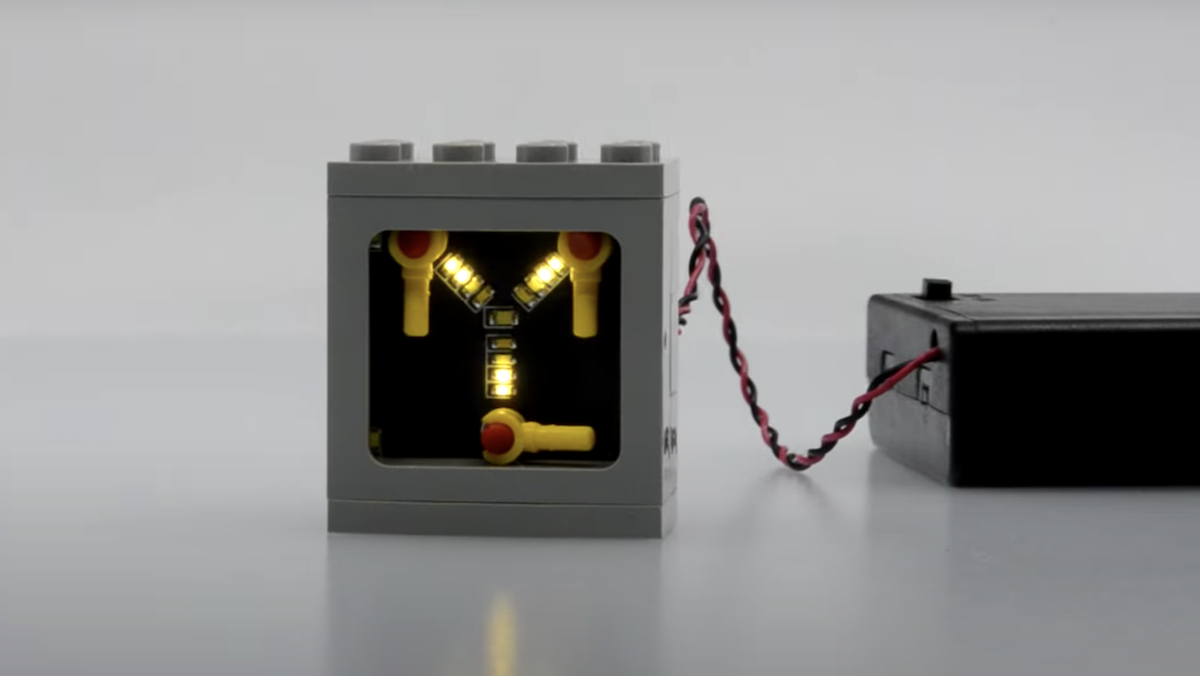 Circuit boards and whatnot may sound a little daunting to more traditional LEGO architects among us, but I, for one, think it’s a fun opportunity to get a little out of the box. Without the risk of setting something on fire. And the Brickstuff description promises it’s actually pretty easy to put together. Sure, the build doesn’t come with a LEGO DeLorean but with the time travel potential, do we really even need it? The time traveling hot tub certainly indicates otherwise. Whew, this is heavy.

TAGGED: Back to the Future, LEGO