Five Webcomics That Put The Art In RPG - Nerdist

Five Webcomics That Put The Art In RPG

Without a doubt, the Dungeons & Dragons game has been a tremendous boon to RPG artists, just as much as it’s been to the genre’s writers and game designers. Flip through any of the 4th and 5th edition D&D manuals, and you’ll see page after page of beautiful, elegant, and outstanding artwork, which complements and completes the game in every way.

However, as visually pleasing as those editions are, they are yet missing one very important art style: comical art. Hearken back to the pages of the 1st edition DM Guide, where the art of Will McLean became forever etched into D&D history. There were art panels about Dave the barbarian, Papers and Paychecks, and the +2 backscratcher, to name a few. Simple artwork that brought a powerful comical element to the manual, and to the game overall.

Not to fear, though, because the Internet is filled with comical RPG art to help +2 backscratch that itch for a good laugh when you need it. Here are five webcomics that are a few of my favorites, ones that have a strong focus on RPGs, and keep me entertained. I think they’ll do the same for you.

DORK TOWER comes from the mind and hands of John Kovalic, and has been in publication since 1997. The comic is set in a place called Mud Bay, and shares “the story of Matt, Igor, Ken, Carson the Muskrat (yes, he’s a muskrat) and Gilly, the Perky Goth.” Kovalic’s art is also found in many of Steve Jackson’s games, including DORK TOWER, CHEZ DORK, and MUNCHKIN. Follow the DORK TOWER website for the Daily Dork, and follow Kovalic on his Facebook and Twitter for much more artful goodness. 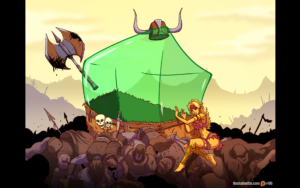 Rusty & Co. is the handiwork of comic artist Michael Rankin, and has been published online since 2009. Rusty & Co. tells the story of three wannabe heroes – a rust monster, a mimic, and a gelatinous cube – out to prove they can be just as heroic as the “pretty” elven and human races. The comic is a whimsical take on the creatures as characters concept, with the characters living beyond the fourth wall and making jokes about RPGs and the people who play them. Read the monstrous misadventures of Rusty & Co. from the beginning by clicking on the Archives tab on the website, and follow Rankin and the comic on Twitter. Rusty & Co. have a Patreon set up if you would like to help support Rankin and his excellent webcomic! 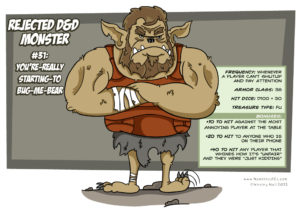 Comic artist Wesley Hall created Nameless PCs in 2010, spinning a slapstick and clever tale of an RPG group. In 2013, the comic transitioned to slice of life illustrations, with a more personal but still entertaining look at overall nerd life, including RPGs, and what it’s like being a new father. I found Hall and his webcomic via the excellent World Walkers D&D podcast, where he plays the dwarf wizard Brummelstone Hammerstone. If you dig Nameless PCs, let Hall know by supporting the comic’s Patreon, and by telling him directly on Twitter. 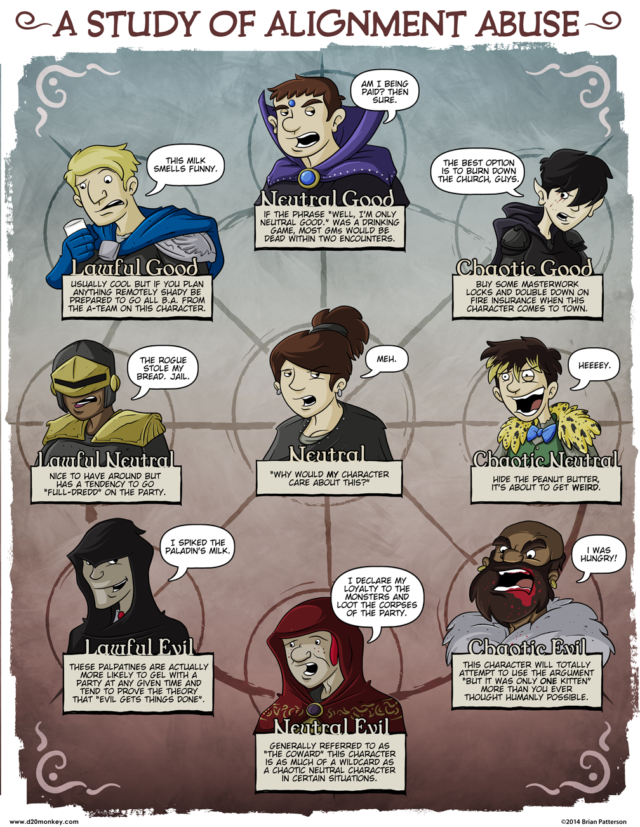 Artist Brian Patterson launched d20 Monkey in 2010, amusingly referencing “gaming, comic books, movies, general purpose geekery, and the occasional dick-joke” through his “by a gamer for gamers” comic strip. The comic centers on the in and out of game lives of Sam Tigh, Brett Tucker, Charlie Calhoun, Trevor Donovan, and Amy Wilkins, and pokes fun at the good and bad aspects of tabletop RPGs. The complete archive can be read at the d20 Monkey website, and there are links to the comic’s social media profiles, as well. You may also help support Patterson and d20 Monkey through their Patreon page. 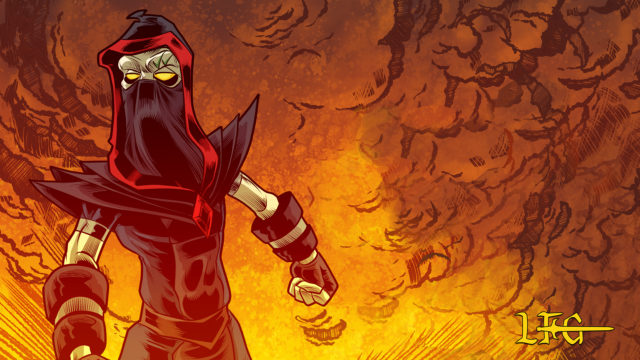 Looking For Group is the website home of two RPG-focused comics, Looking For Group (LFG), and Non-Player Character (NPC). The site was launched in 2006 by artists Ryan Sohmer and Lar DeSouza, who pen LFG’s adventures involving the characters Cale’Anon and Richard. NPC is a collection of short story comics focused on beings and creatures who are normally NPCs and the big bads of RPGs. For more LFG comical art, follow on Twitter, Facebook, and Instagram.

As a final homage to comical RPG art, here is a link to Will McLean’s 1st edition D&D art, and his post-D&D artwork portfolio on Deviant Art. Sadly, he transcended this realm to the next one in 2015, but he left us a fantastic legacy of art that will live on.

Are you fans of any of these RPG webcomics? What other comics do you enjoy following? Share them with us in the comments below!