“Something funny?”
“No, no, nothing. Y’know, it’s just that both those belts look exactly the same to me. Y’know, I’m still learning about all this stuff.”

Fashion designers and visual artists know exactly what follows this exchange in The Devil Wears Prada. Meryl Streep‘s Miranda Priestly delivers a great monologue about the meaningful differences between turquoise, lapis, and cerulean. But right now I relate more to Anne Hathaway‘s Andy Sachs. Because the first new shade of blue discovered in 200 years is finally available commercially. Yet, even though it’s beautiful, I can’t helping but think, “Yup. That’s definitely blue.” 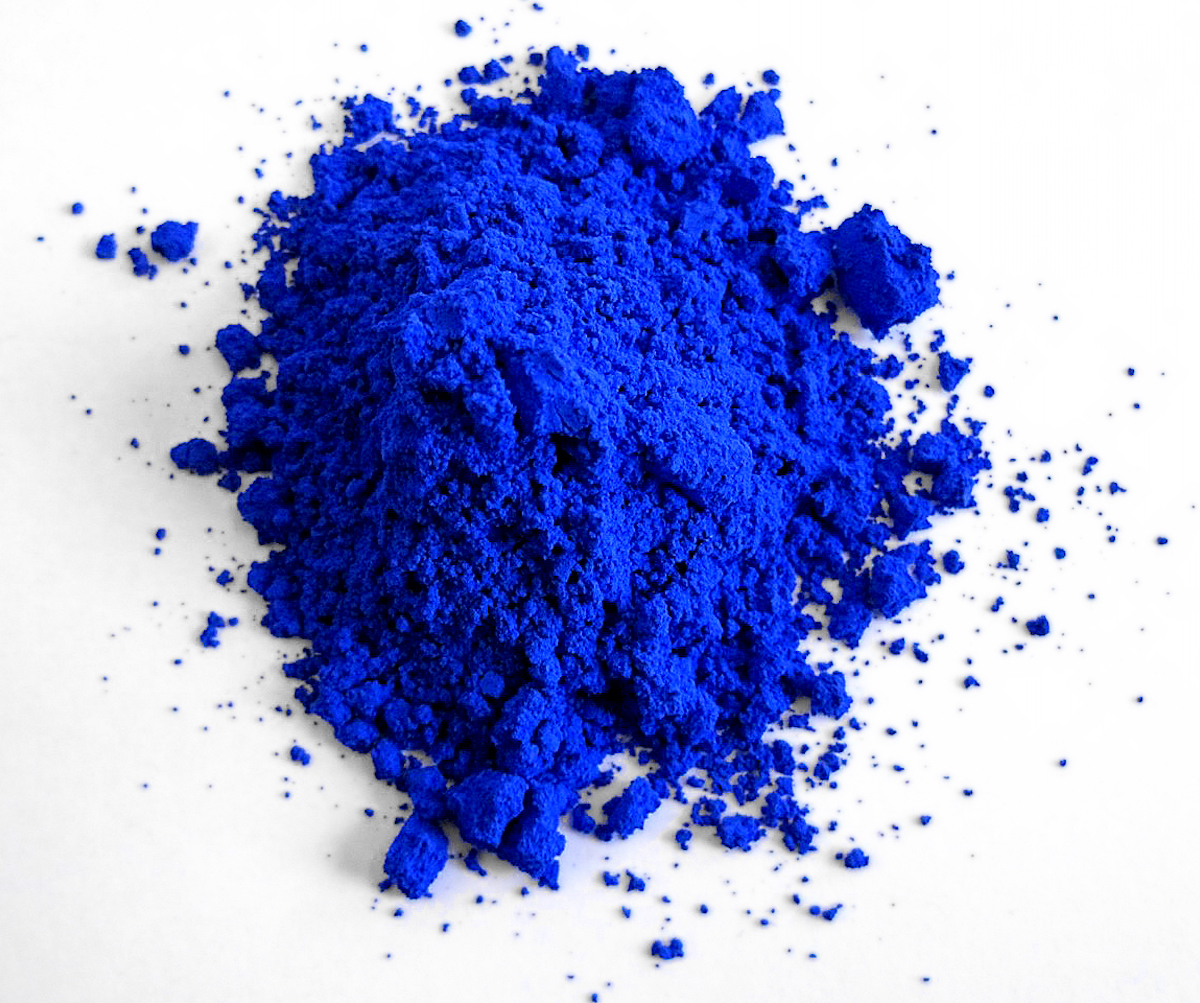 In 2009, Oregon State University graduate student Andrew Smith accidentally created the first new shade of blue in two centuries. He was part of a team, working under Chemistry professor Mas Subramanian, that was researching materials for electronics applications. Smith was examining the electronic properties of manganese oxide when heated to 1200 degrees Fahrenheit. As one does. The surprising result of his experiment was a stunning, entirely new blue compound, dubbed YInMn Blue. This new color, also known as “MasBlue” at OSU, gets its official name from its elemental components: Yttrium, Indium, Manganese, and Oxygen.

Blue is mankind’s oldest created pigment. Finding a whole new variation two centuries after the last original one is a big deal unto itself. But YInMn is really special because it will last for a long time. As OSU explains, “Blue pigments dating back to ancient times have been notoriously unstable—many fade easily and contain toxic materials. The fact that this pigment was synthesized at such high temperatures signaled to Subramanian that this new compound was extremely stable, a property long sought in a blue pigment.”

That’s an ideal property for artists looking for a vibrant blue color that will endure. And now they can get it whenever they want. As first reported by Sarah Cascone at Artnet News, YInMn is finally available commercially (which we initially learned at at Hyperallergic).

OSU patented the pigment in 2012. But the Environmental Protection Agency didn’t approve it for five more years. Even then it only made its way into plastics and industrial coatings. It finally started showing up (often unofficially) to other products in 2016. But now it has finally hit the market for everyone, thanks to the school’s licensing deal with Shepherd Color Co.

Anyone can use it to brighten their walls, bring seas and skies to life in paintings, or for any other endeavor that needs some color. And maybe, now that it will be widely available, it can help both me and Andy Sachs appreciate that there’s no such thing as just “blue.”