Using cameras and X-ray detectors aboard the International Space Station (ISS), scientists have discovered the origin of so-called “blue jets” of lightning in our atmosphere for the first time. The scientists say the blue jets—appearing 80,000 feet above sea level—are born from “blue bangs” inside of thunderclouds. As for the origin of the blue bangs? That’s still a bit of a mystery.

European Space Agency (ESA) scientists actually detected five of these “blue bangs,” and a subsequent blue jet—both animated in the video above—in 2018. Although it’s only now that they’re describing their findings, in a paper recently published in the journal, Nature.

The scientists say the blue jets are 30-mile-long bolts of lightning that shoot out from the tops of a thunderstorms. And that this one came after a flurry of five 10-micro-second-long flashes of blue light. The instruments aboard the ISS picked up on the flashes coming from a thunderstorm above the Pacific Ocean. 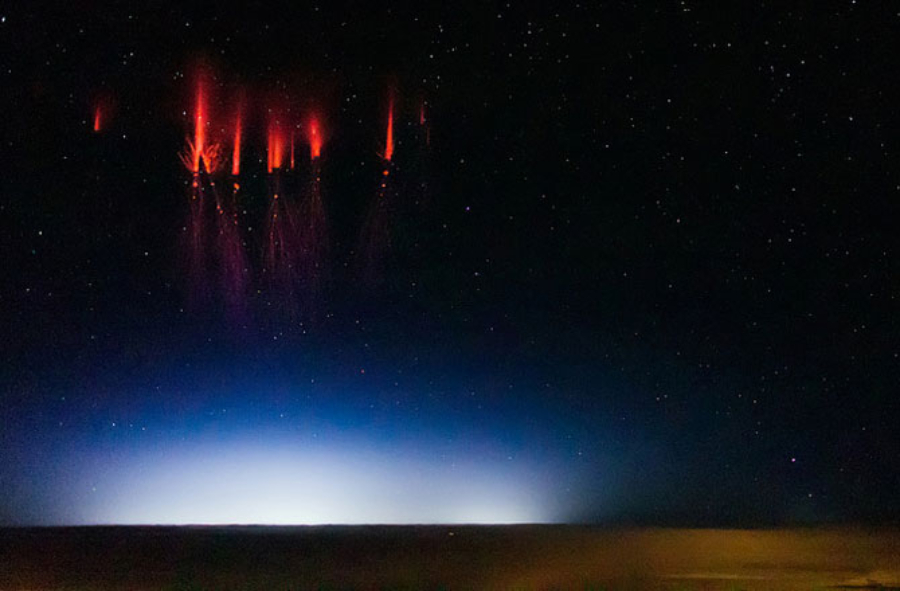 Science News notes Torsten Neubert, an atmospheric physicist and lead other of the paper, used the term “blue bang” to describe the flashes of light that occurred prior to the blue jet. Neubert speculates that a special type of short-range electric discharge inside the thunderstorm causes the blue bangs. With turbulence in the thunderstorm providing opportunities for oppositely charged regions to come within half a mile of each other; and discharge a powerful burst of current.

And while Neubert and his colleagues aren’t certain of what causes the blue bangs, knowing what precedes blue jets still helps us to complete the picture of the atmosphere surrounding Earth. 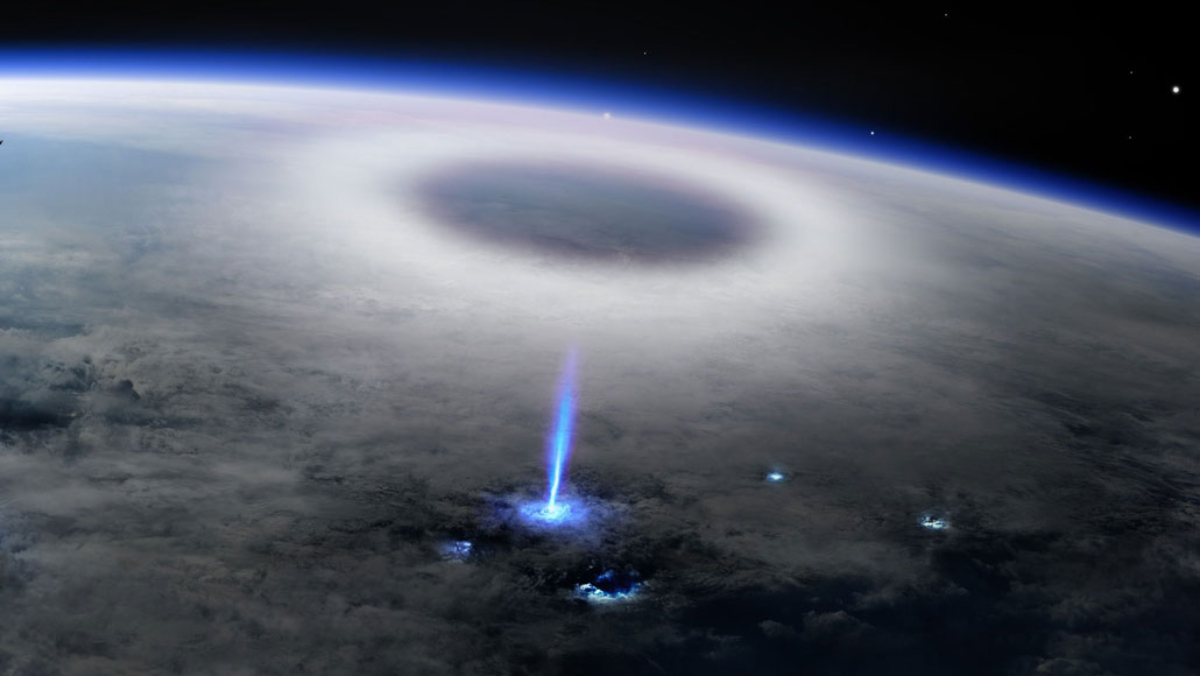 Incidentally, that picture is also full of elves and red sprites. Those weather phenomena—which consist, respectively, of reddish “tentacles” of light (top, real image), and expanding rings that glow from the collision of electrons and nitrogen (immediately above, animated)—are also appearing above our heads all the time. Which makes the airy world surrounding Earth seem shockingly fantastical.