First Direct Evidence of Planet Birth May Have Been Found - Nerdist

First Direct Evidence of Planet Birth May Have Been Found

Researchers utilizing the European Southern Observatory’s Very Large Telescope (ESO’s VLT) have discovered what may be the first direct evidence of a baby planet forming. They’ve spotted a spiral structure made of gas and dust inside a distant, young star system. It has a telltale “twist” marking the formation of a planet. While the existence of the planet is still uncertain, the twist does match what planet-formation computer models predict. 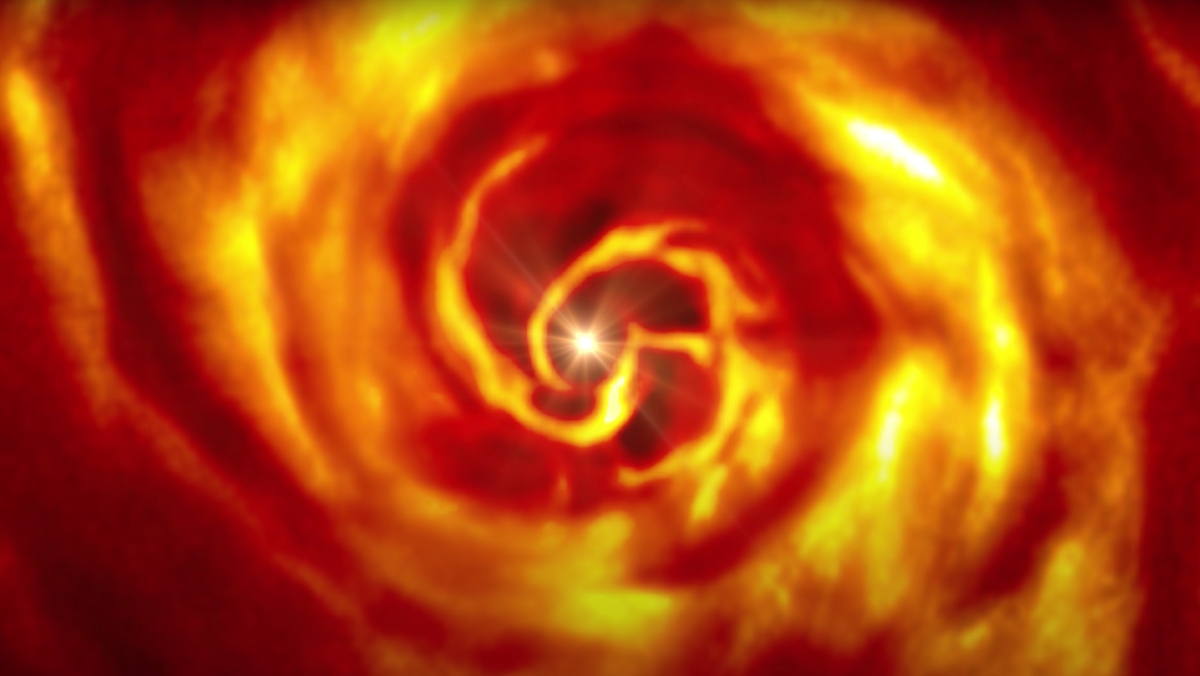 An illustration of AB Aurigae. ESO

NBC News picked up on the announcement, which was recently made by the ESO. The discovery itself was outlined by the researchers and led by Anthony Boccaletti at France’s Observatoire de Paris, in the journal Astronomy & Astrophysics.

To make their discovery, Boccaletti et al. utilized SPHERE at the VLT, which itself is located in northern Chile. SPHERE is an advanced optics system mainly used to image exoplanets at optical and near-infrared wavelengths. In this case, SPHERE was used to glimpse extremely faint light surrounding AB Aurigae, a star located 520 light-years from Earth in the Auriga constellation. (Auriga translates as “the Charioteer.”)

The researchers trained SPHERE on AB Aurigae because of a recent discovery of two gaseous spiral arms present in the star’s protoplanetary disk. A protoplanetary disk is a disk made of gas and dust that surrounds a newly formed star. Finding the spiral arms signaled the possibility that a planet was forming. And indeed, when the researchers took a closer look, they found the signature twist in the gas and dust that is theorized to accompany a planet’s formation.

“The twist is expected from some theoretical models of planet formation,” the study’s co-author, Anne Dutrey, said in the ESO announcement. Dutrey, an astronomer at the Astrophysics Laboratory of Bordeaux (LAB), added that the twist “corresponds to the connection of two spirals—one winding inwards of the planet’s orbit, the other expanding outwards—which join at the planet’s location.” 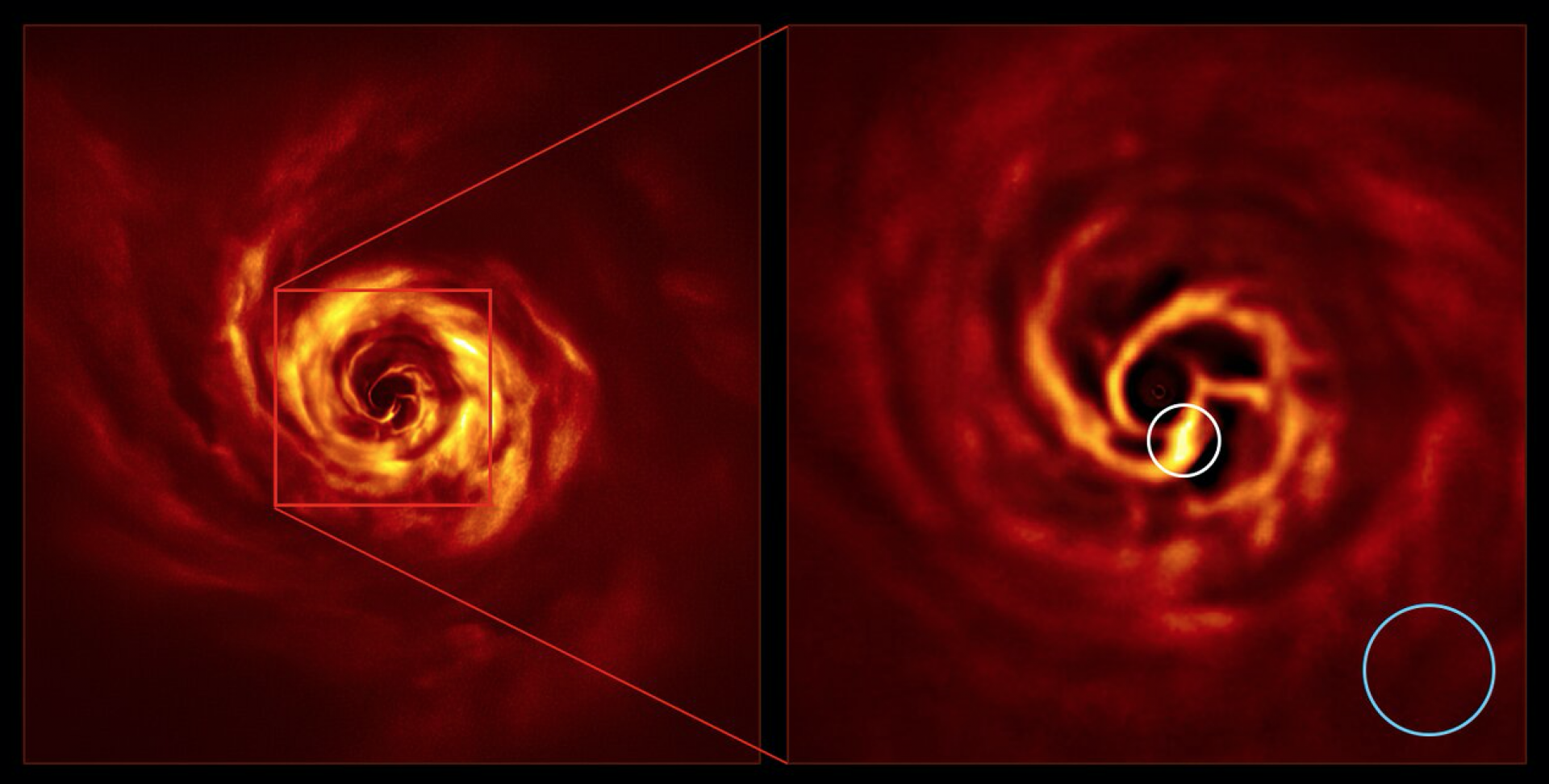 The white circle marks location of the “twist” spotted around AB Aurigae. ESO

The twist in the gas and dust is likely caused by the newly forming planet—or protoplanet—knocking into the material. LAB’s Emmanuel Di Folco, who also participated in the study, said in ESO’s announcement that baby planets “kick” the gas and dust around them. He added that these baby planet kicks generate “disturbances in the [surrounding disk] in the form of a wave, somewhat like the wake of a boat on a lake.”

Even though the twist in the protoplanetary disk surrounding the distant star has now been verified, the protoplanet that presumably caused it still hasn’t been observed. Hence the qualification that this may be the first direct evidence of a protoplanet. Boccaletti still seems dead set on finding more detailed images of planets in the making, and says that many more very young star systems should be observed in order to “really capture the moment when planets form.”

What do you think about this possible direct evidence of a protoplanet’s birth? Do you have any idea when we’ll actually glimpse a baby planet in the making directly? Give us your timeframes in the comments, people!