Watching 300 Drones Take Off in Sequence Is an Ominous Sight

It’s difficult to pick which ongoing technological revolution is freakiest. There are, for example, robots that can walk, and even dance, with ease. There’s also CRISPR, the sleeper tech that may give scientists enormous power over the human genome. And, of course, drone swarms. Like this one featuring 300 quadcopter drones ascending into the sky sequentially—like an invading alien army leaving its home planet.

Laughing Squid picked up on the video of the ascending drone swarm (above). Firefly Drone Shows, a company that puts on—you guessed it— light shows with drones, posted the video. With the company noting in its TikTok description that the company is now “one step closer” to… something. It’s unclear, but it probably involves 300 drones.

In the brief video, the company shows its group of 300 drones taking off from what looks to be a park. (The company’s offices are in Detroit, so we’re guessing the park was somewhere in Michigan.) Over the course of 25 seconds, the hundreds of drones ascend into the air, with a few dozen taking off simultaneously per turn. Looking up at the end of the clip, the camera catches what looks to be a nascent figured swarmed out in the sky. 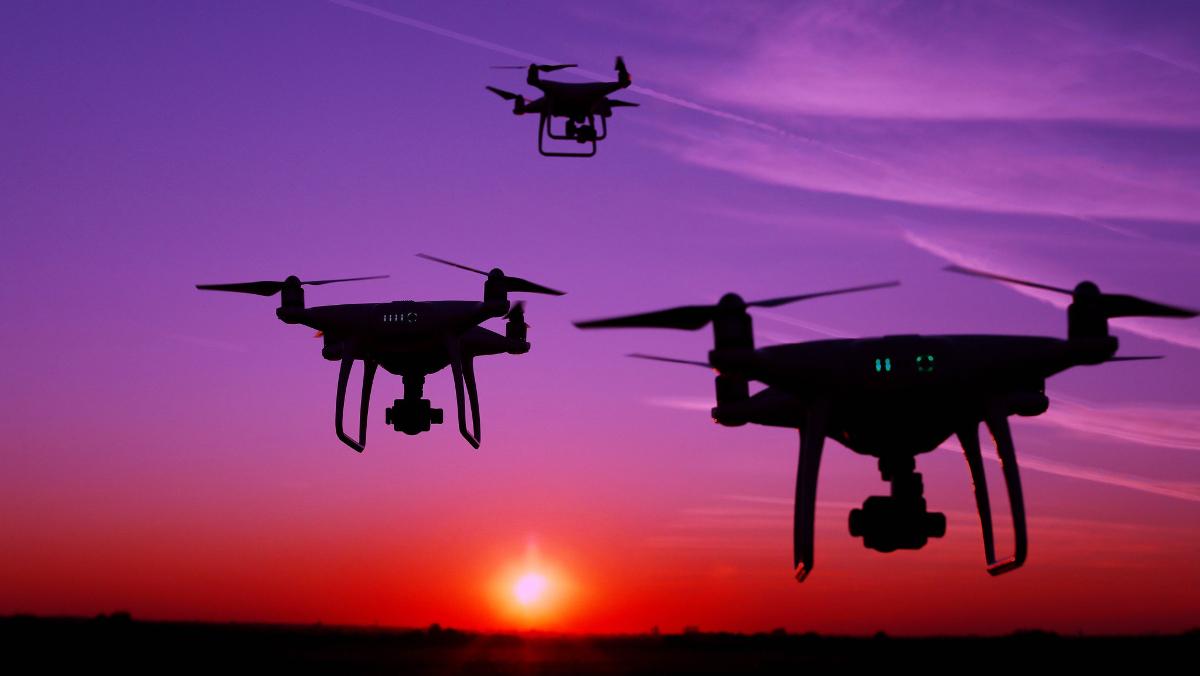 As for what that figure may be, it’s hard to say. Although it’ll probably be something wild when it finally appears in front of an audience. The videos the company’s released previously have been quite spectacular to watch, and we imagine this one won’t be different. The company has, for example, put on some pretty spectacular 200-drone swarm shows.

For those who are now more frightened of drones after watching this clip, don’t worry! There are tons of other of drone videos out there that’ll freak you out even more. There are drones now that aim to help people socially distance from the sky. As well as drones that can spew fire like a dragon. Although that’s more cool than it is freaky. And also gives us some ideas we’d like to pitch to Firefly.