In what could be considered an easily anticipated turn of events,”pandemic drones” are now a thing. And the drones—dubbed “pandemic drones” by their maker—are being tested right now in Connecticut, where they’re monitoring everything from people’s temperature and heart rate to how often they cough. All from 190 feet in the air.

The pandemic drones, which come via Futurism, are being produced by Draganfly Inc., a Canadian drone manufacturer that claims to be responsible for producing the first-ever drone to save a life, as well the world’s first commercialized quadrotor UAV. The company, plus a couple of other partners, has teamed up with the Westport Police Department for this particular trial run, which aims to aid the Department’s new “Flatten the Curve Pilot Program.” Flattening the curve refers to taking the necessary measures to prevent infection rates from spiking at any given time.

According to Draganfly’s press release, their pandemic drones “will be equipped with a specialized sensor and computer vision systems that can display fever/temperature, heart and respiratory rates, as well as detect people sneezing and coughing in crowds, and wherever groups of people may work or congregate.” The release adds, “The technology can accurately detect infectious conditions from a distance of 190 feet as well as measure social distancing for proactive public safety practices.” 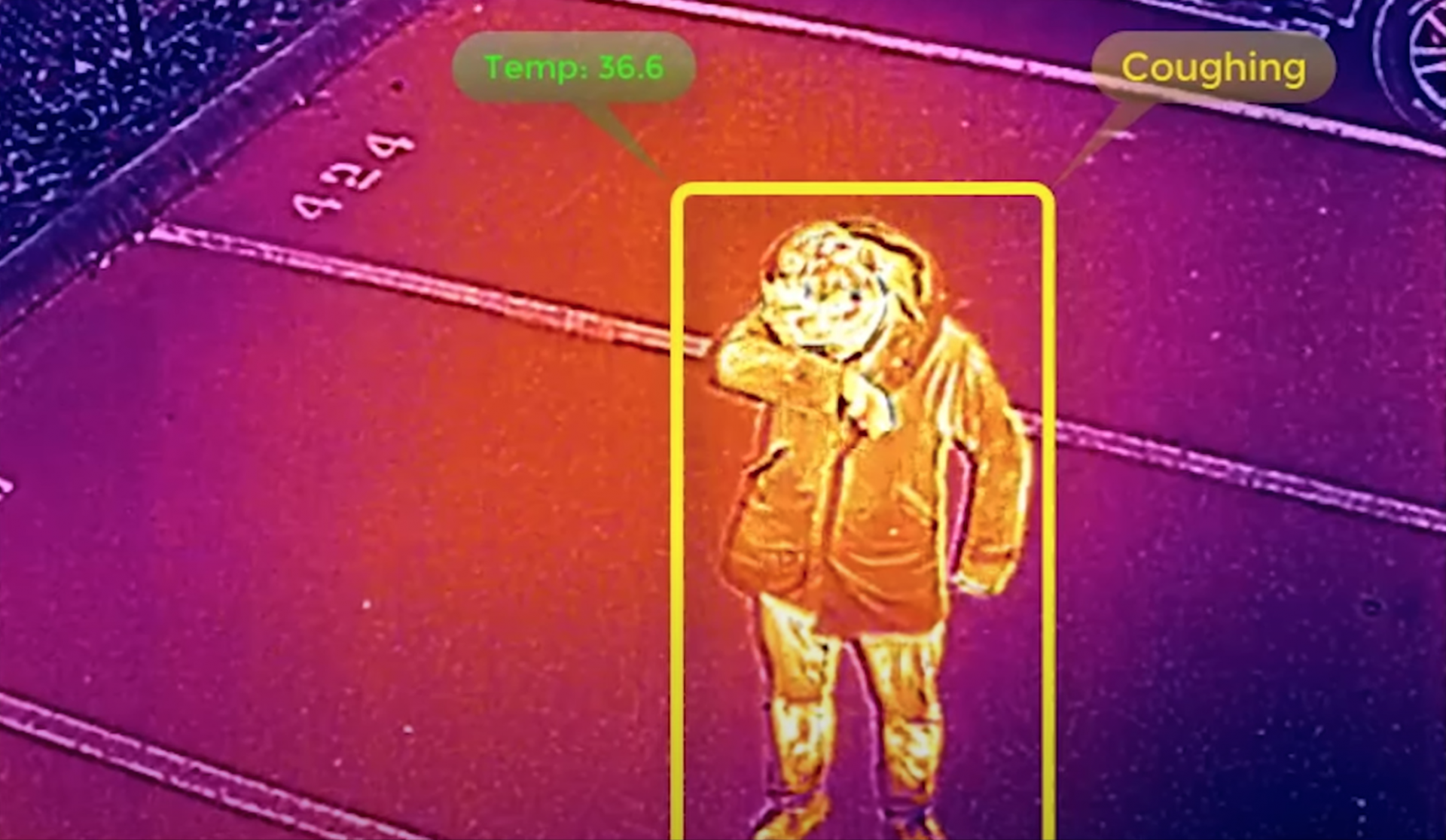 “One of the major problems managing and responding to a pandemic is determining how wide the disease has spread and protecting first responders,” Police Chief Koskinas says in a press release from the Department. He highlights drones as “a go-to technology for reaching remote areas with little to no manpower required.”

The Department’s press release also notes that the drones will be used to monitor people belonging to “at-risk groups” as well as for gatherings at places like beaches, shopping centers, parks, and train stations. It is noted, however, that the pandemic drones will not be used in people’s private yards, nor utilize facial recognition technology. Draganfly’s CEO, Cameron Chell, also points out in the video up top that the data collected are “anonymized”—meaning Draganfly does not collect “individualized data,” but only “population samples.”

“This coronavirus pandemic has opened up a new frontier for advanced drones,” Chell says in his company’s press release. He adds that the trial run stands as a way to implement “state-of-the-art technology [that analyzes] data in a way that has been peer reviewed and clinically researched to save lives.”

Drones are also being deployed elsewhere in the U.S. to aid in the enforcement of social distancing measures put into place by authorities. Below, for example, talking drones are used in Savanah, Georgia, to remind members of the public that they should “keep a safe distance of six feet from others.”

What do you think about the use of these pandemic drones? Do you think they aid in keeping the public healthy, or are there some serious issues here? Let us know your thoughts in the comments!