Why FARSCAPE's John Crichton and Aeryn Sun Are the Greatest - Nerdist

Why FARSCAPE’s John Crichton and Aeryn Sun Are the Greatest

A sprawling space opera that paired rich character dynamics with a complex serialized narrative and amazing Jim Henson puppetry, Farscape is arguably the best science fiction series ever made. Even if it is somehow still a show that far too many people have never actually seen.

The series, which originally aired on the Sci-Fi Channel, follows the story of John Crichton. A human astronaut from Earth, Crichton is flung through a wormhole to the far reaches of the universe. There, he finds himself on a living spaceship named Moya. He joins the company of a ragtag crew of entertaining criminals, misfits, and even a deposed amphibious ruler. In the broadest sense, Farscape is about John trying to get home. But like many good stories it’s really about the unexpected life he makes for himself along the way. 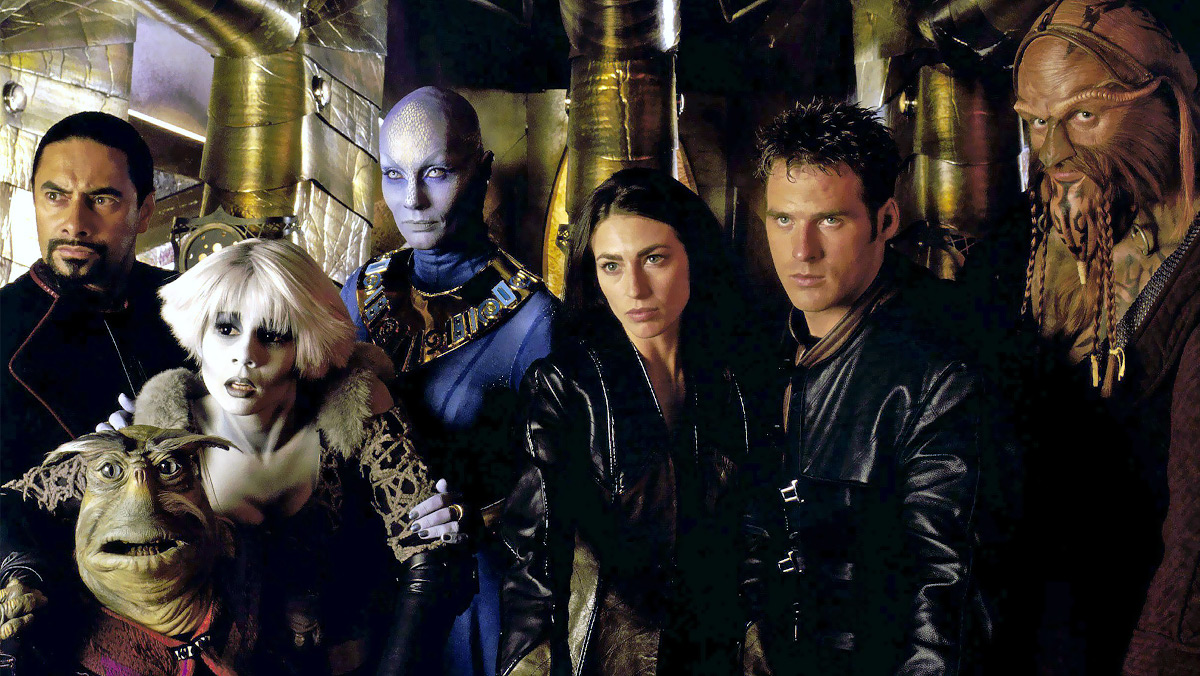 Full of colorful characters, complex space politics, and emotionally crushing narrative stakes, Farscape is a series that delighted in subverting expectations of what a sci-fi story should be. And nowhere is this more evident than in the romance that sat at the center of the show. It’s a love story like nothing else that has been seen on television since.

John Crichton and Aeryn Sun are each trailblazing characters in their own rights: a genre leading man with a rich interior life, and a butt-kicking female warrior who undergoes the most complex emotional arc on the series. Together, they are something beautiful, tragic, hot, and hopeful all at the same time.

Actors Ben Browder and Claudia Black anchored the epic relationship with their blazing chemistry. Their pairing encompasses life, death, loss, joy, and everything in between. They argue with and learn to trust each other. And they get angry. They forgive and fight for one another, too. 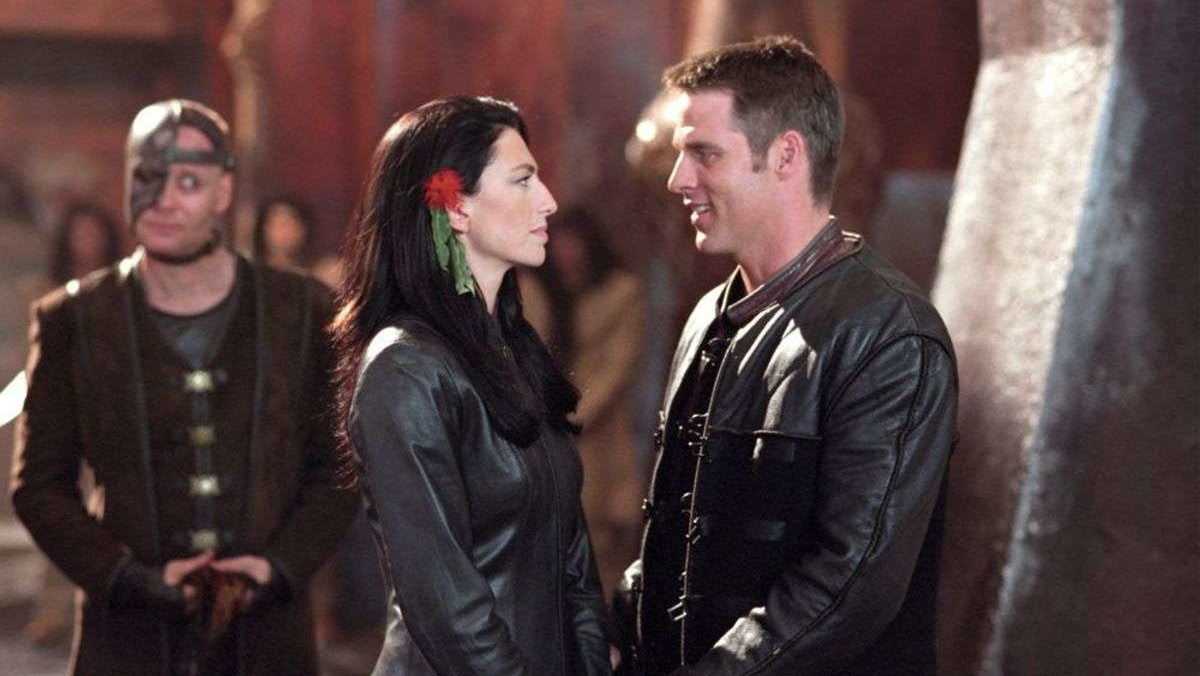 Their love story continually flipped expected genre tropes on their heads throughout the show’s four season run. It expanded the idea of what a television relationship could (and should) be. Essentially identified as Farscape’s endgame couple within the first twenty minutes of the show’s pilot—when Aeryn easily beats the crap out of John—their romance becomes the narrative engine that powers much of the rest of the show.

But, unlike so many other pairings before them, the story doesn’t revolve around the question of whether or not they’ll get together. Nor does it sacrifice their individual character arcs for romantic drama. Yes, there is romance and yes there is drama. However it’s all part of a much larger and more complicated story. A story which involves both John and Aeryn ultimately becoming the people they’re meant to be. Sometimes together and sometimes not. And sometimes somewhere in the messy middle.

Both John and Aeryn go on personal journeys that unravel in unexpected ways, as each discovers that they can be more than either ever thought possible. Stoic, guarded Aeryn, raised by an alien military sect that forbids things like empathy and sentiment, discovers that embracing her emotions doesn’t make her weak, or in any way less than she once was. 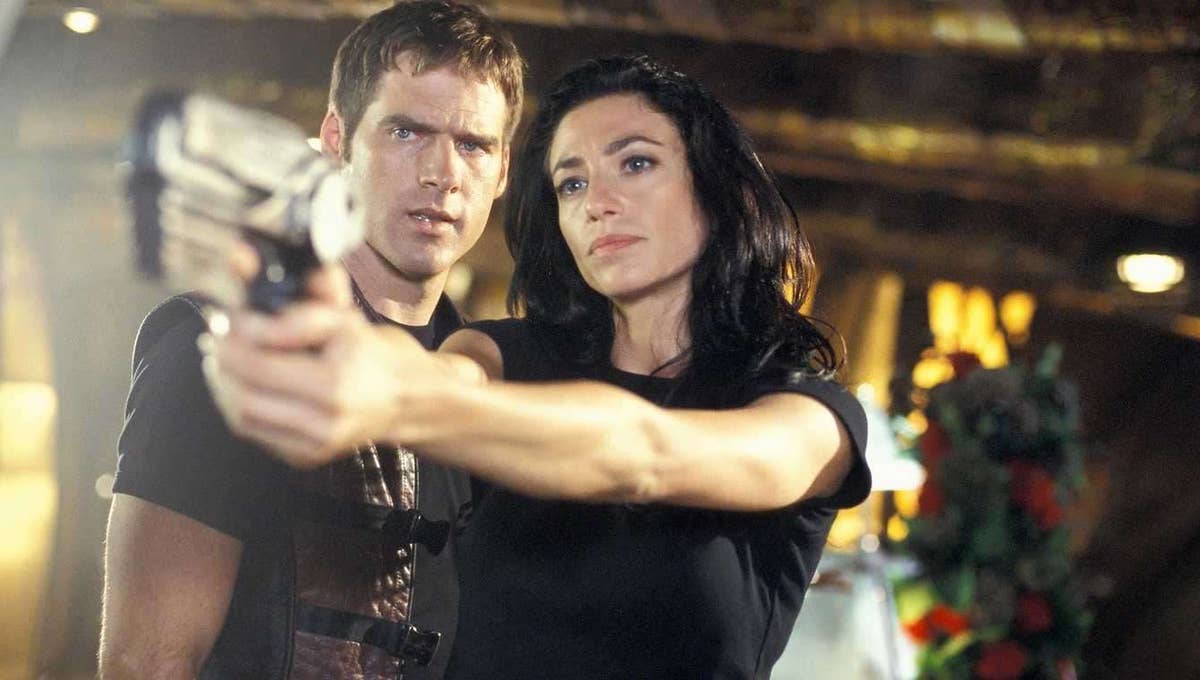 All American Crichton, with his daddy issues and brash personality, is openly warm and emotional. He helps Aeryn to understand herself as something more than an imperialistic killing machine. But John himself is not without his own share of problems. He suffers repeated mental traumas, breakdowns, and even death (sort of) as the series goes along. But Farscape never frames John’s emotions, big and expansive as they often are, as negatives.

Instead, it is the sweeping nature of John and Aeryn’s love story that makes them such a compulsive viewing experience. The pair act on their feelings for each other fairly early in Farscape’s first season. Though the specifics of their relationship are often in flux—a literal coin toss decides their fate at one point—the fact of their love is never questioned.

These two people love the hell out of one another, but Farscape reminds us that sometimes that isn’t always enough to make life easy or simple. John and Aeryn experience tragedy after tragedy together. They survive disagreements, misunderstandings, separations and general stubbornness. Both characters die in various ways over the course of this show and though that’s obviously not the end of their stories—either individually or with one another—coming back together requires them both to do the sort of difficult emotional work that one rarely sees on episodic television. 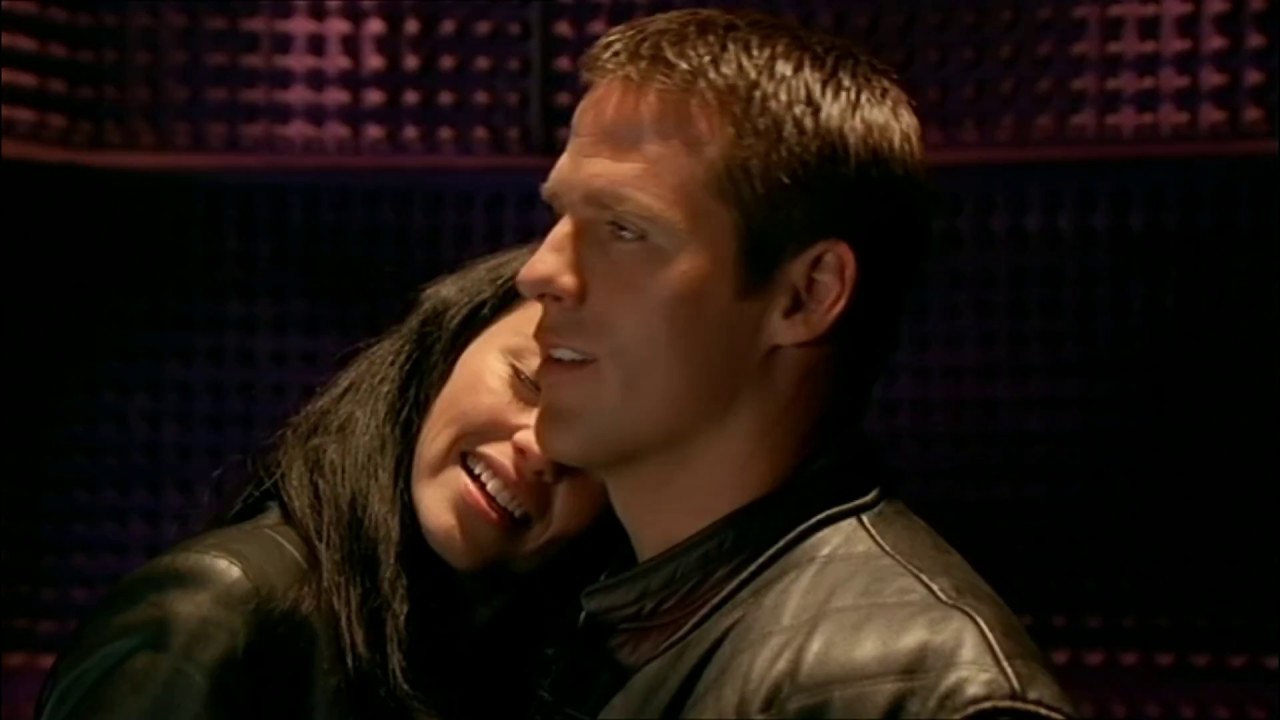 Honestly, watching these two rips your heart straight out of your body roughly a dozen times over the course of Farscape’s run. But few television couples can match John and Aeryn for sheer epic scope. A love story that’s as full of explosions and hand-to-hand combat as it is anything that resembles date night, featuring big guns, leather pants, and two people who basically define the word soulmates? There isn’t anything much more romantic than that.

Opens in new tab
More by Lacy Baugher
Doctor Who

Why CRUEL SUMMER Should Be Your New Pulp Mystery Fix

Why You Should Be Watching The CW’s NANCY DREW