In a headline straight out of Hitchhiker’s Guide, astronomers say they’ve confirmed that a mysterious object observed in 2018, dubbed “Farfarout,” is indeed the farthest known object orbiting the Sun. The incredibly distant object—4.5 times farther away from the Sun than Pluto—replaces the previous record holder for farthest object: Farout.

Smithsonian Magazine reported on the confirmation, which a team at the National Science Foundation’s NOIRLab recently announced. Since Farfarout’s discovery in 2018, made using the Subaru telescope in Hawaii, the team’s been tracking the object’s trajectory to determine its orbit. 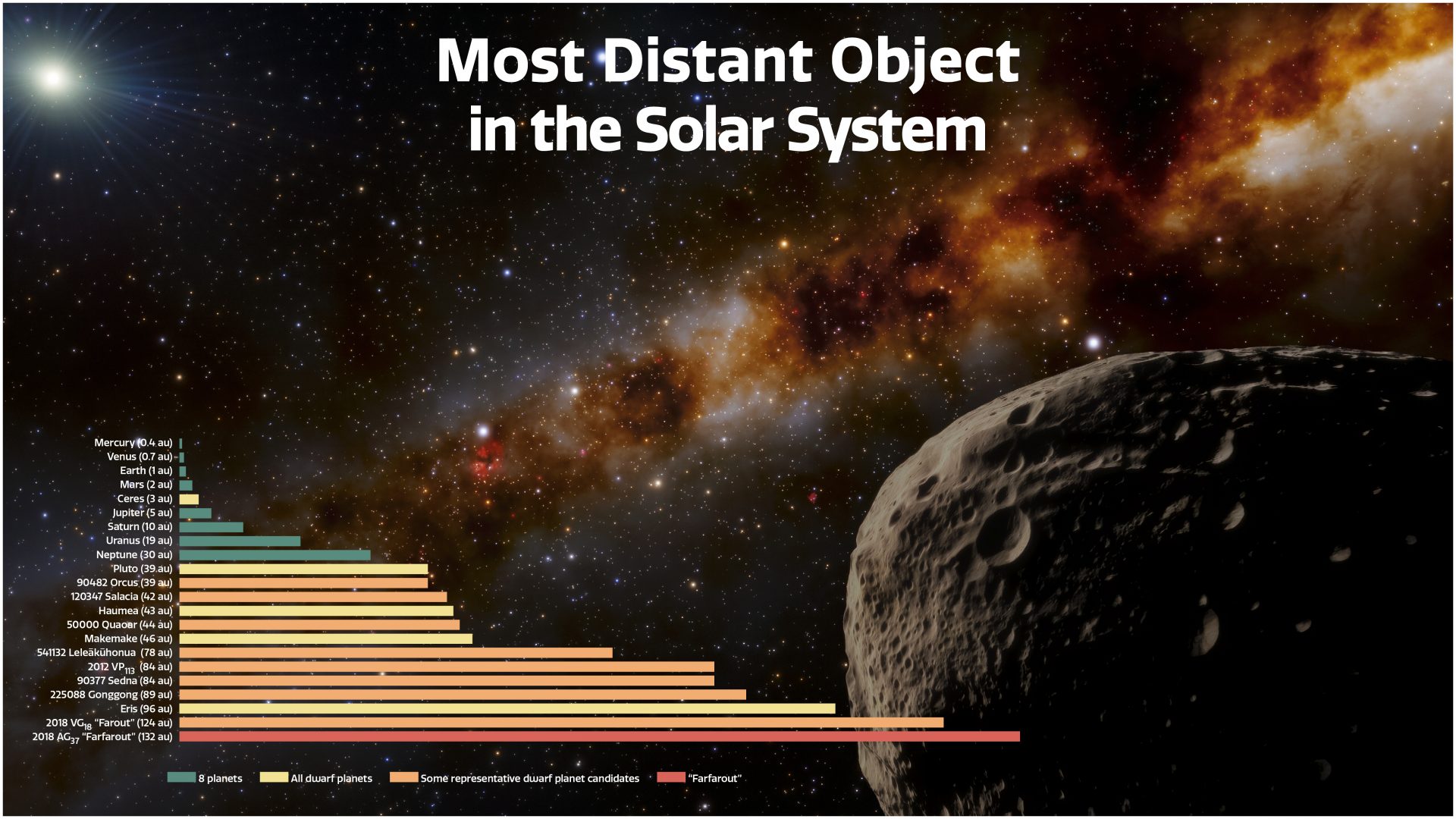 In 2018 “we did not know the object’s orbit… [because] it takes years of observations to get an object’s orbit around the Sun,” Scott Sheppard explained in a NOIRLab press release. Sheppard, Farfarout’s co-discoverer, added that despite the lack of data, the team could still easily identify the object as “very distant.”

As for just how distant “very distant” is? Sheppard and his colleagues say Farfarout (between the blue lines in the image at bottom) orbits as far out as 175 au from the Sun. For reference, that orbit would be 175 times farther out from the Sun than Earth’s. (Au stands for astronomical unit; a standard measurement equivalent to the distance between Earth and the Sun.)

This illustration imagines what Farfarout might look like in the outer Solar System. Farfarout is shown in the lower right, while the Sun appears in the upper left. The Milky Way stretches diagonally across the background. Credit: NOIRLab/NSF/AURA/J. da Silva

The astronomers say Farfarout has an exceptionally elongated orbit, however, which means it also comes much closer to the Sun; within about 27 au, in fact—a distance short enough to bring it inside Neptune’s orbit. Which is potentially the reason Farfarout is so…far far out in the first place.

“Farfarout was likely thrown into the outer Solar System by getting too close to Neptune in the distant past,” Chad Trujillo, another one of Farfarout’s discoverers, added in the press release. “Farfarout will likely interact with Neptune again in the future since their obits still intersect,” Trujillo added. 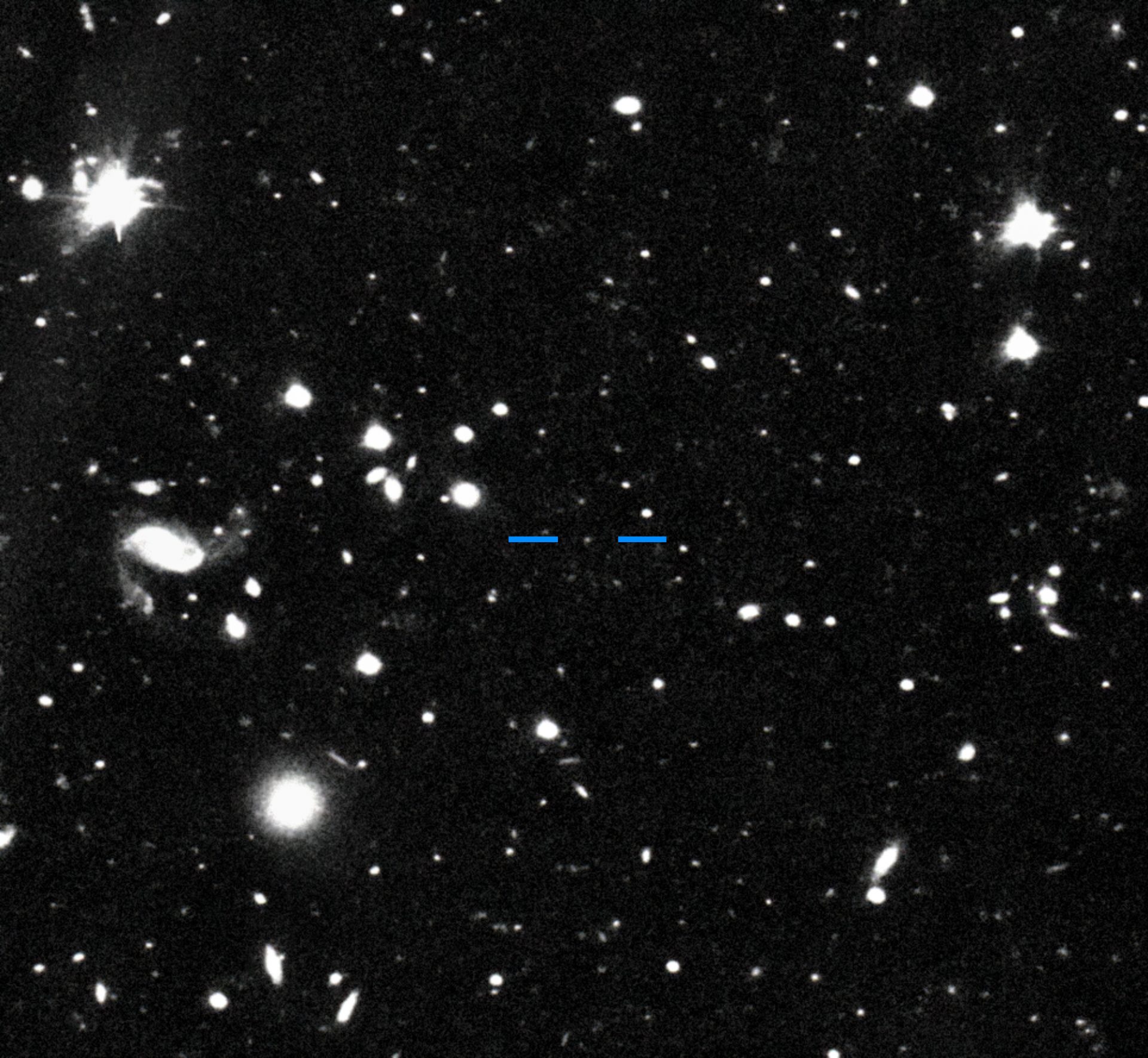 The International Astronomical Union, an international association of astronomers, has also confirmed Farfarout as the farthest object in our solar system. Although with new, relatively huge telescopes that may soon orbit Earth, who knows what farther objects we’ll find? Especially when we start sticking out our proverbial thumbs.