Final FALCON AND THE WINTER SOLDIER Trailer Ups the Intensity

After an unplanned dip in activity in 2020, Marvel will basically own all of 2021. WandaVision, the MCU’s first TV show, kicked off a nonstop year of upcoming releases from the franchise. Next up, just two weeks after we left Westview, is the studio’s second Disney+ TV series, The Falcon and the Winter Soldier. The show’s early trailers point to a more traditional type of MCU story. We’re going to get big action sequences combined with lots of humor and heart. But the series’ latest trailer has provided our best insight yet into the many dangers its two heroes will face. Sam and Bucky aren’t just fighting to save the world from multiple powerful enemies. They’re fighting to live up to the impossible legacy Steve Rogers left behind.

Marvel’s final trailer for The Falcon and the Winter Soldier offers a closer look at an emerging threat. It’s an”anti-capitalist group” led by Solo‘s Erin Kellyman. The goalie-mask-wearing terrorist organization will force the reluctant duo of Sam and Bucky to work together. While previous promos have played up the comedic nature of their unlikely partnership, this trailer feels far more sinister. This promo raises the stakes and the tension. And that’s true even though Daniel Brühl’s Zemo takes a backseat here.

The first part of this teaser frames why Sam and Bucky’s problems go well beyond their enemies. They will both have to adjust to living in a world where their friend Steve Rogers is no longer Captain America. That’s a big enough challenge on its own. But Steve tasked Sam at the end of Avengers: Endgame with, quite literally, picking up his mantle and his shield. Can anyone do that? Even if they split the responsibilities with another superhero? More importantly, can anyone do that while also trying to save the world from a group determined to destroy it? 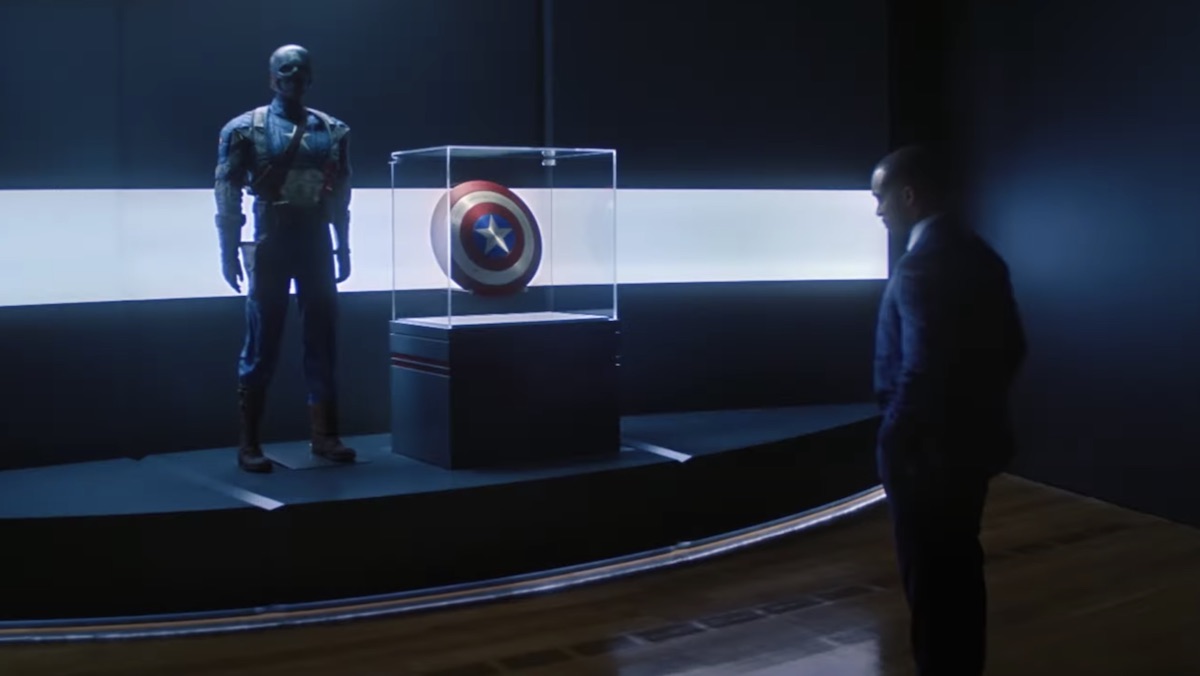 Soon we’ll get six episodes—directed by Kari Skogland and written by Malcolm Spellman—to find out. The Falcon and The Winter Soldier premieres March 19.