Ewan McGregor Stops by JIMMY KIMMEL to Talk About KENOBI

Ewan McGregor may be in the middle of filming Kenobi, the new Disney+ series, but he’s also promoting his show Halston. McGregor stars as the fashion designer in the Netflix miniseries that arrives May 14. And while stopping by Jimmy Kimmel Live to discuss the show, the actor of course talked a little about Kenobi. The Star Wars series is coming to Disney’s streaming service at a to-be-announced date and features McGregor reprising his role. He even does the interview from the studio while in front of some posters for the Star Wars prequels.

Though McGregor can’t share plot details about Kenobi, he did talk briefly about filming. When Kimmel asked if they did anything special on set to celebrate May the 4th, McGregor replied in the affirmative. He said he “got to play a very special scene on May the 4th with someone very special in my life.” That’s all he could divulge. Kimmel tried to prise details out of the actor, but all he got was that it’s not someone we’ve seen McGregor with on camera before. And it’s not someone related to McGregor.

We can only hope this is a Paul Bettany WandaVision situation. Bettany said he worked with an actor he’s longed to work with all of his life. Many Marvel fans guessed and theorized about who Bettany shared scenes with. And it turned out Bettany was talking about himself. Now we’re just hoping we get two Obi-Wan Kenobis in an episode. 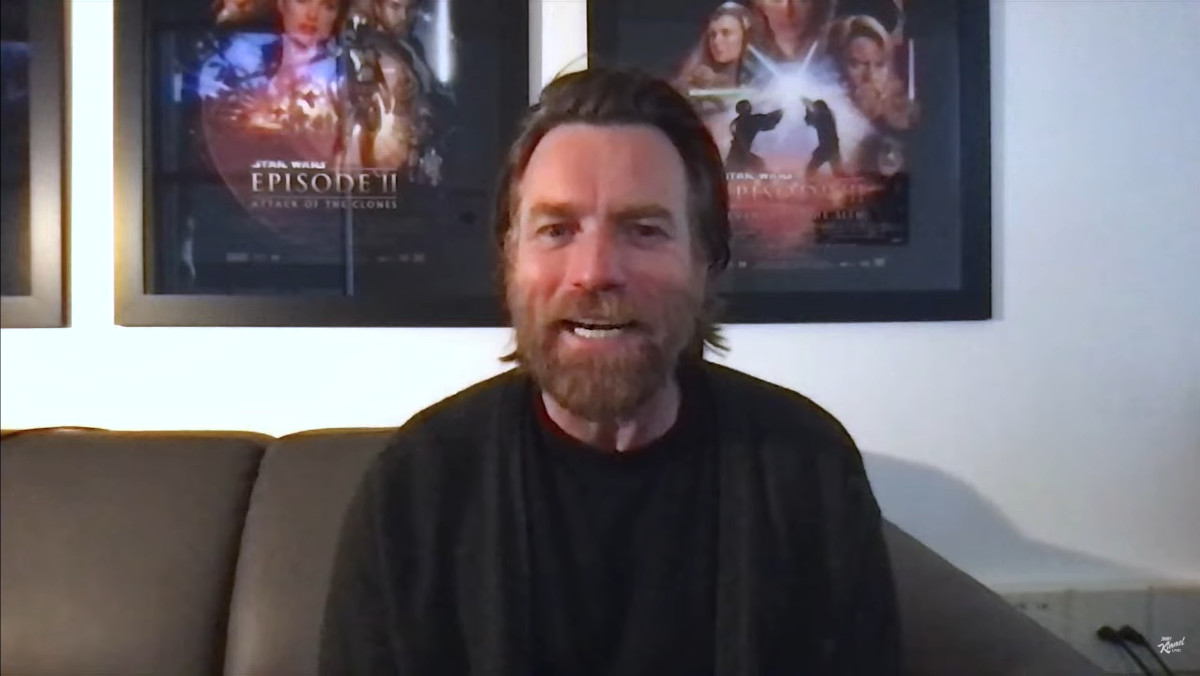 The interview continues with McGregor talking about Obi-Wan’s costume and filming in The Volume’s virtual sets vs. using blue screen. He also tells Kimmel about riding unicycles and playing Halston. It’s all quite charming.