Johnny Cash didn’t originally record “I’ve Been Everywhere.” But his version of the song is definitely the one we know best. We’re very familiar with the song, but we didn’t know that he cites 92 places he’s been too. We didn’t count all of those locales ourselves. Instead, we found out thanks to someone who actually went and visited all of them. And his video documenting his three-year plus journey is a testament to both Johnny Cash and hitting the road. 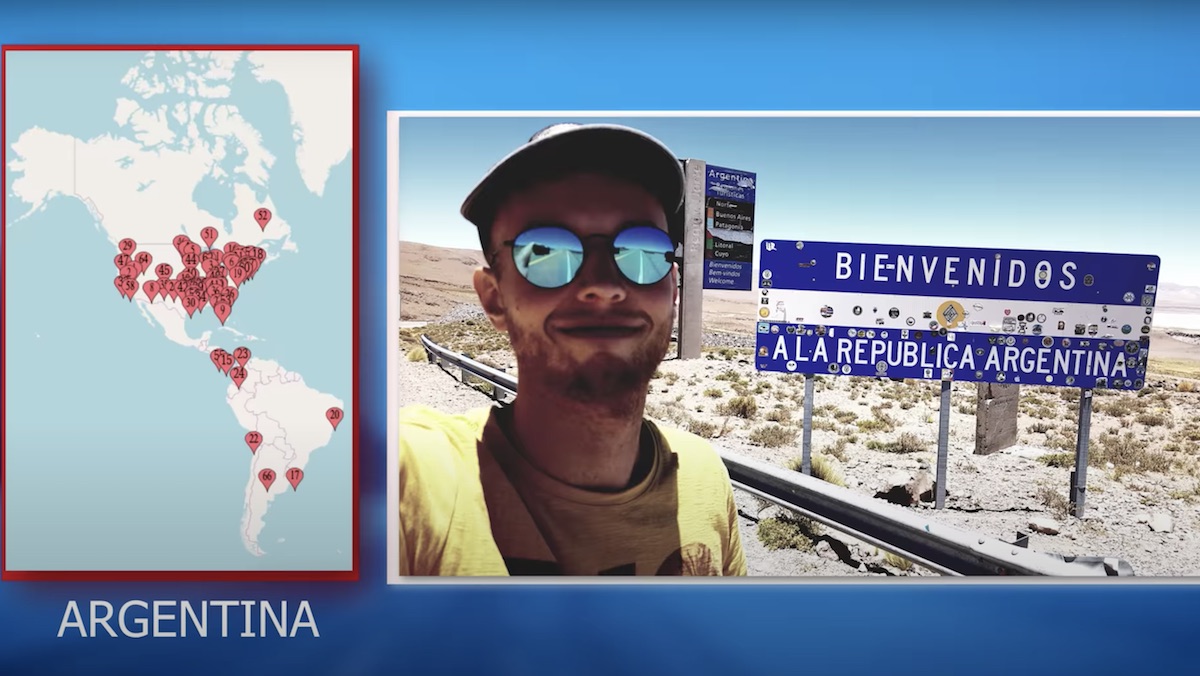 He began his journey (which we first heard about at Laughing Squid) on August 27, 2016. It ended on December 11, 2019. During that time he visited all 92 places mentioned in the song. He says that, “as far” as he knows, he’s only the second person to have made the long trek. What’s really cool is that the only other person he knows of is the person he took a photo with in Nebraska.

This fantastic video chronicling his exploits includes only a fraction of the 585 Gb of footage he shot during his travels. Good thing for him Johnny Cash “only” mentioned 92 places. Otherwise Everywhere Max might still be out there driving and using all of his savings on extra storage space.

We love everything about this. And it’s hard to imagine how he could top it. He would probably have to invent time travel. That way he could go back in time and meet all of the historical figures, and attend all of the historical events, mentioned in Billy Joel‘s “We Didn’t Start the Fire.” Then he could call himself “Everytime Max.”