These days, the studios are obsessed with exploiting every known IP there is. That includes older movies, television shows, comics, and novels. And now, that includes well known songs too. According to The Hollywood Reporter, MGM Television is joining up with Universal Music Publishing Group to make an anthology television series based on the songs of singer/songwriter Billy Joel. The title for this proposed new series is Scenes from an Italian Restaurant. This will be the first time that Joel’s entire body of work will be licensed out for one particular project. 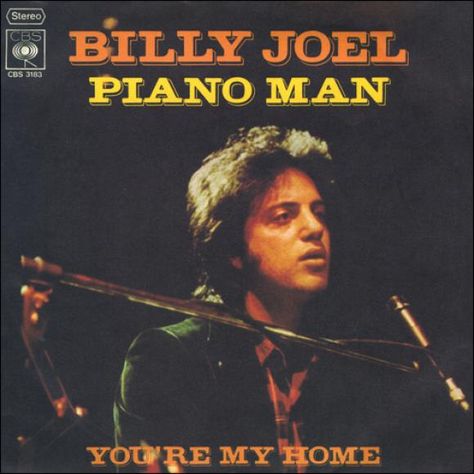 Billy Joel became famous for a series of “story songs” in the ’70s, songs which propelled him to becoming one of the biggest recording artists of all time. Back then, pop songs that were little “mini fables” were all the rage, and there was no one better at crafting hit songs from that template than Billy Joel. “ Piano Man” was perhaps the first and most famous of these, but there were several others. Characters from his songs that are looking to be included in this new series are “the Stranger,” “Mamma Leone,” and “Sgt. O’Leary.” And, of course, “the Piano Man” will be included as well.

While movies like Rocketman and Bohemian Rhapsody have used the catalog of songs from Elton John and Freddie Mercury to tell stories about the lives of the musicians themselves, this project seems to be bucking that trend. According to the show’s producer, Scenes from an Italian Restaurant is “going to focus less on Billy’s life and more on the stories inside his catalog of classic songs.” This is much more in line with so-called jukebox musicals like American Idiot, which used Green Day’s album of the same name to tell an original story about a group of fictional characters. But this approach hasn’t really been used in an ongoing television series before now.

Scenes from an Italian Restaurant doesn’t have a network or streaming service attached yet. But given Joel’s status as the one of the top twenty most popular recording artists of all time, we think this one will wind up being an easy sell.