There has long been talk of a sequel to the beloved Bill & Ted movies of the late ’80s and early ’90s. It’s been 29 years since the original flick introduced the world to the pair of sweet but dimwitted time-traveling slackers who just happened to wind up becoming the saviors of the future and the universe, and 27 since the arguably superior sequel Bill & Ted’s Bogus Journey. But we may not have to wait too much longer to see Alex Winter and Keanu Reeves return to the big screen. Deadline reports that the pair is officially on board to return for Bill & Ted Face the Music, with Galaxy Quest‘s Dean Parisot set to direct. 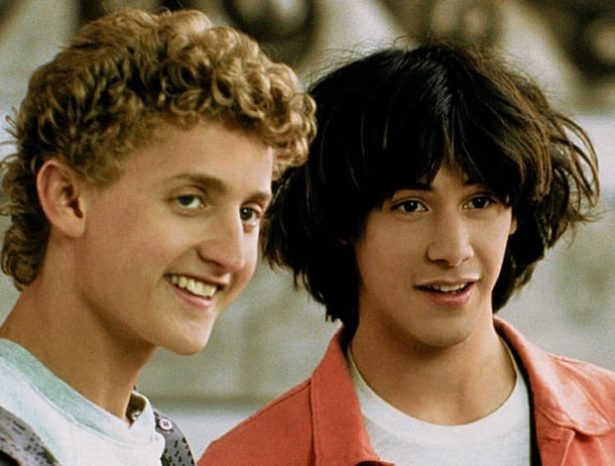 In a January interview with Digital Spy, Bill & Ted writer Ed Solomon opened up about the state of the long-gestating third entry. One of the most exciting things about Bill & Ted Face the Music has always been that we’ll see the titular duo as middle aged family men, portrayed once again by Winter and Reeves. Talking about the script that he’s been working on with Chris Matheson, Solomon finally gave some insight into what the story might look like.

It appears that the duo will go back in time and interact with their younger selves, the iconic Circle K will still play a large part, and the film will even use footage from the original ’89 movie! “There’s actually a scene–one of my favorite scenes in the whole movie–where middle-aged, 50-year-old Bill and Ted return to the Circle K and see their teen selves and Rufus, and actually interact with their teenage selves, played by their actual teenage selves,” Solomon told Digital Spy. 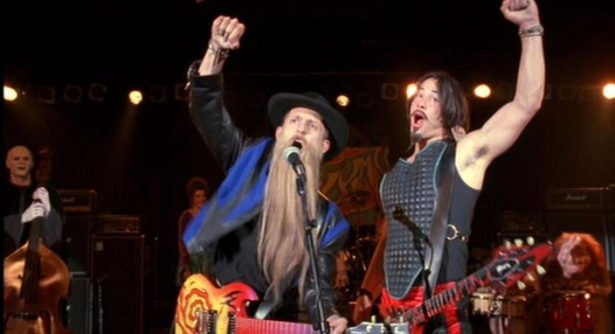 Although George Carlin, legendary comedian and the actor who played Bill and Ted’s mentor Rufus, passed away 10 years ago, he was such a large part of the original that the team is really interested in keeping his legacy alive. “There’s also a character in the movie named Kelly, which is George’s daughter’s name, who has a very significant role in the journey,” Solomon said.

Are you excited for a potential Bill & Ted sequel? Can’t wait to see Alex Winter rocking a crop top again? Just wanna see the Wyld Stallyns reunited? Let us know in the comments!