The Oscars are nearly here, a time to celebrate the best movies of the year and reflect on what made 2019 such a fascinating year for film. Among the favorite—and most-discussed—features to release last December was Greta Gerwig’s Little Women, the latest adaptation of Louisa May Alcott’s 1869 novel of the same name. It’s one of literally dozens of takes on the source material, which makes sense; the story is both simple and seminal for generations of young women.

As our excitement ramps up for the Oscars—where Little Women is up for several awards, including Best Picture and Best Adapted Screenplay for Gerwig—we thought we’d take a look back at the other Little Women movie adaptations and rank them accordingly. How does Gerwig’s version compare to the many others? We have some thoughts.

A heads up before we get started: This list excludes the first two cinematic adaptations of Little Women. Why? Both were silent films—one released in 1917 and one in 1918—and both are considered “ lost films,” meaning they don’t exist in any studio archives and are therefore not available for the public. We’re also excluding a 1958 television musical adaptation for a similar reason: we can’t find it anywhere and weren’t around to watch it live!

With those caveats in mind, here are six movie adaptations of Little Women that we have seen, in ranked order. 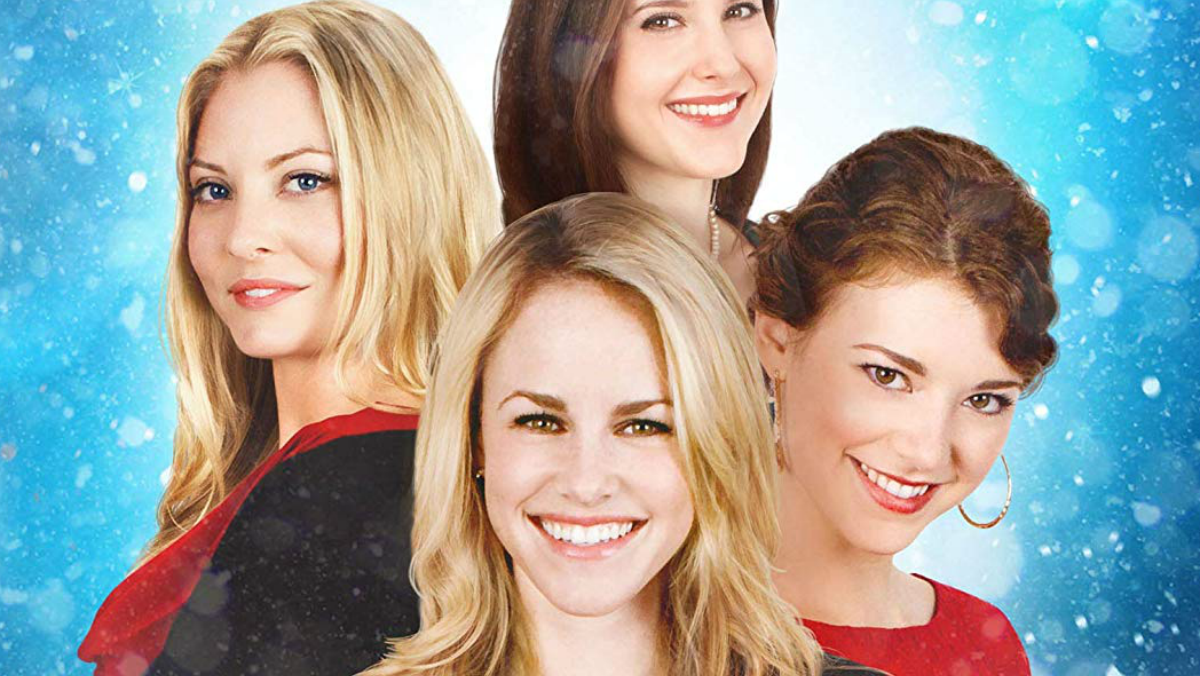 This one may not “technically” count, since it’s both a very loose adaptation and a made-for-TV movie. But we decided to include it in the list because it’s still a Little Women movie and it’s worth talking about.

Yes, it comes in last place, and yes, it’s pretty godawful. But it’s bad in that Lifetime holiday movie way, meaning it’s deliciously watchable. The contemporary retelling follows the March sisters—Meg, Jo, Beth, and Amy—as they strive to save their childhood home, Orchard House, from being sold. As in the original, the girls are also juggling various love stories and future prospects.

The film airs regularly during the Christmas season on Lifetime and is available to rent on your streaming platform of choice. We can’t exactly recommend it, but if you’re looking for some mindless Christmas fun with a Little Women slant, there are worse ways to spend an afternoon. 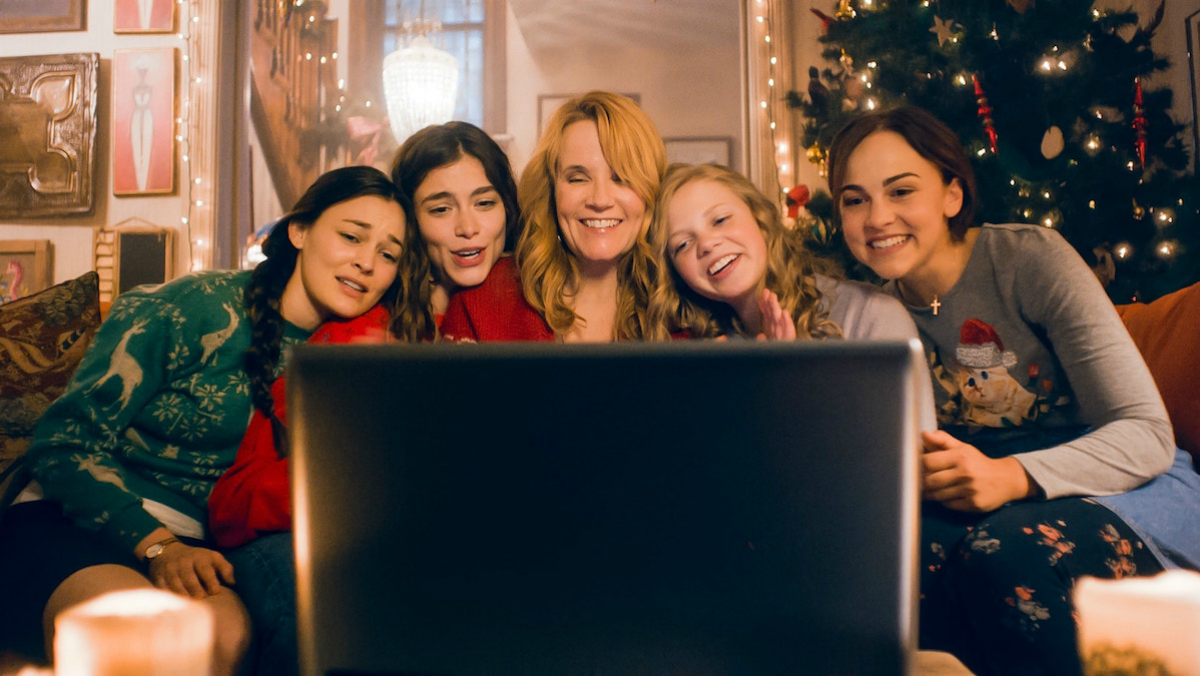 Another contemporary telling, this version was released to celebrate the 150th anniversary of the novel’s publishing. Directed by Clare Niederpruem, it stars Lea Thompson as Marmee and casts several of the novel’s big moments in a modern light, showing how timeless the story really is.

Jo’s struggles to stand out as a writer feel just as relevant in the 21st century as they did in the 19th, and the little quarrels and conversations between sisters stand out even with a contemporary slant. Another perk about this 2018 version? It stars two High School Musical actors: Lucas Grabeel (Ryan Evans) plays Laurie and Bart Johnson (Coach Bolton) plays the March family patriarch. 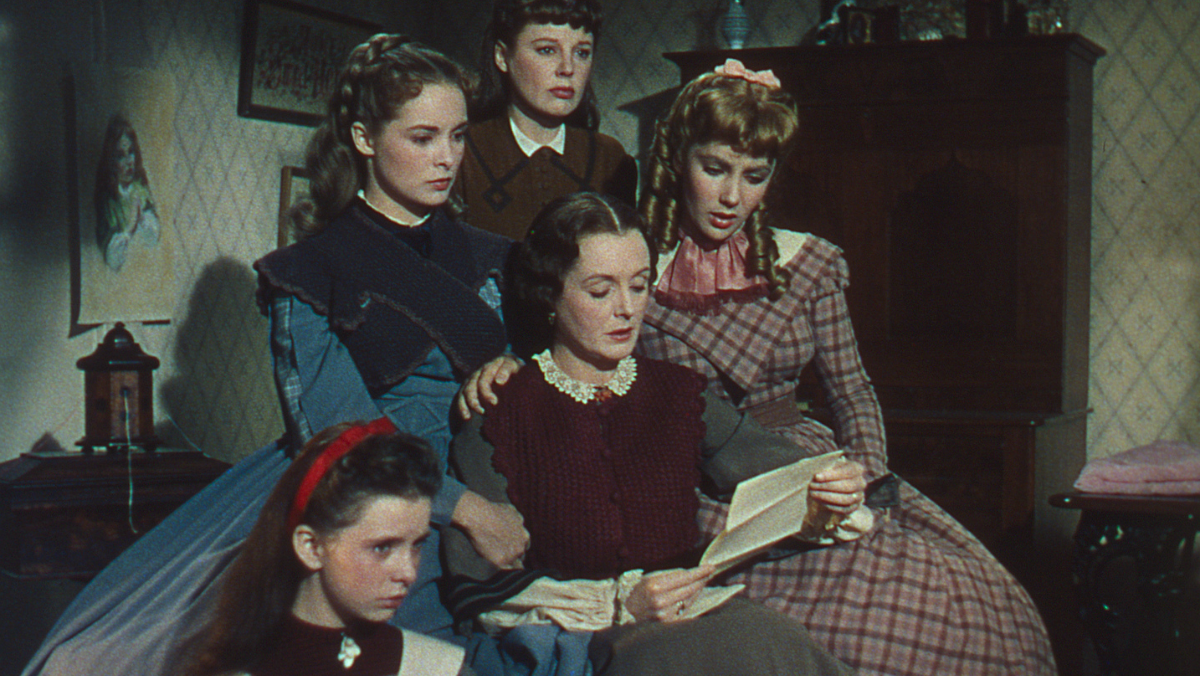 This memorable version of Little Women was the first color adaptation and is notable for its impressive cast: Janet Leight of Psycho fame as Meg, MGM darling June Allyson as Jo, Elizabeth Taylor as Amy, “Rat Pack” member Peter Lawford as Laurie, and three Meet Me in St. Louis cast members in other key roles (Margaret O’Brien as Beth, Mary Astor as Marmee, and Leon Ames as Mr. March).

The chemistry is palpable and the movie is sumptuous, but it falls lower on the list due to a case of borrowed identity. Due to rights purchasing between studios, the 1949 version is a carbon-copy of the 1933 adaptation in a few key ways: It uses the exact same script—by Sarah Y. Mason and Victor Heerman—and the same Max Steiner score. But even with such similar DNA, it’s still a beautiful movie, with superb performances by everyone, especially the four March sisters. 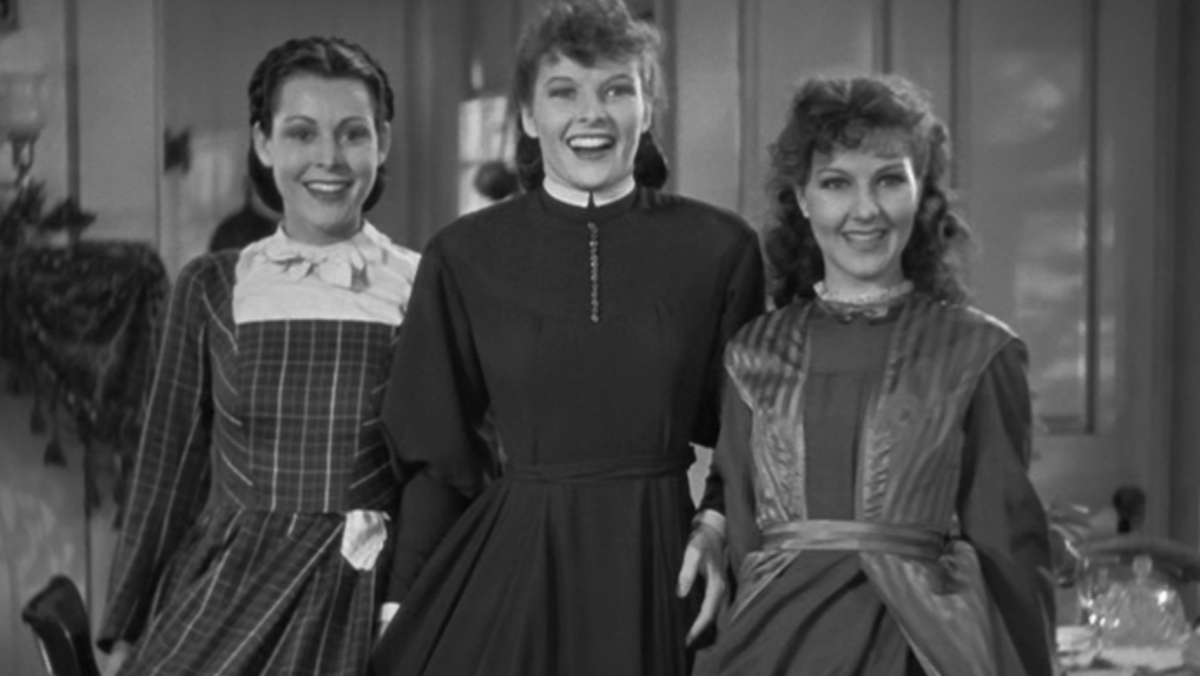 The 1933 version of Little Women was the first “talkie” adaptation and is a timeless and beloved classic. It was directed by George Cukor, who also directed The Philadelphia Story and My Fair Lady, and stars Katharine Hepburn as Jo. The film was heavily praised upon release, and won an Oscar for Best Adapted Screenplay (maybe that’s why it was reused for the 1949 version).

Hepburn’s portrayal of Jo remains one of the highlights of her storied career, and she was a model of the character’s stubborn strength that every actress stepping into the role since has mimicked in some way. This one really set the bar high. 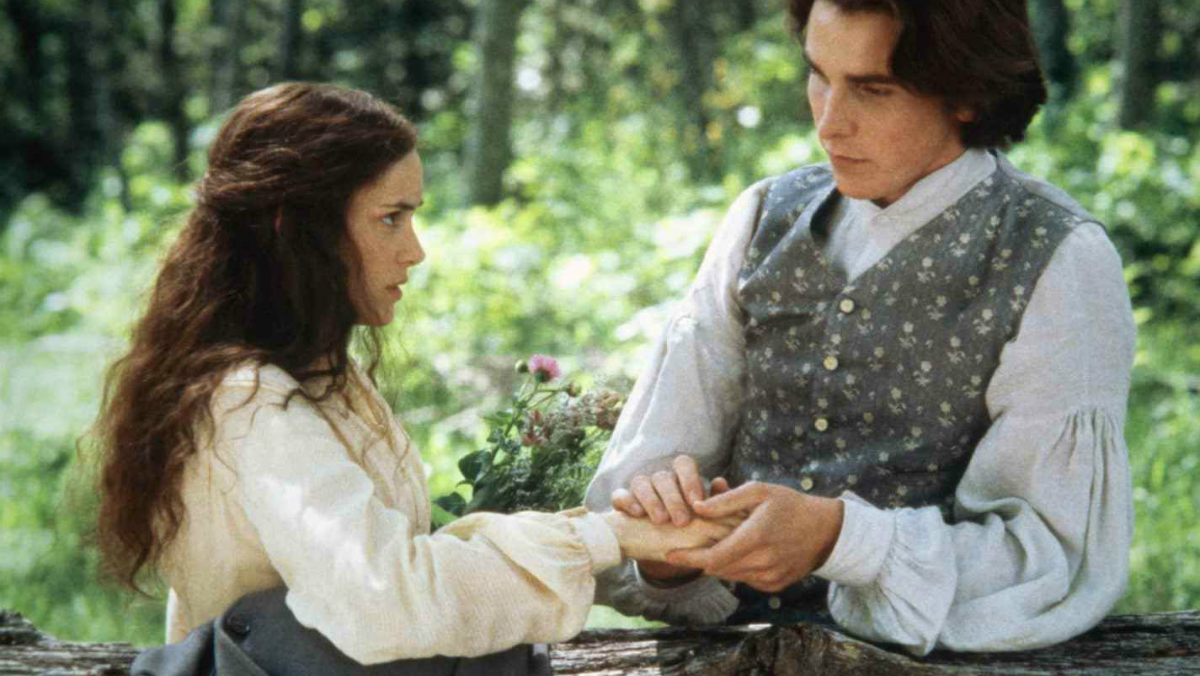 While the 1933 version is perhaps the more decorated by time, the 1994 adaptation of Little Women—written by Robin Swicord, produced by Denise Di Novi, and directed by Gillian Armstrong—is the first time women were in charge behind the scenes, and it shows. The story truly comes alive through the creative eyes of women, since the novel is about that very thing.

Winona Ryder is terrific as Jo, playing up the character’s pride and longing. And her relationship with neighbor boy Laurie (Christian Bale) feels the most developed and saccharine in this telling. The rest of the cast is nothing to shrug at either. Susan Sarandon plays Marmee, Claire Danes plays Beth, Kirsten Dunst plays young Amy (with Samantha Mathis as an older version of the character), and Gabriel Byrne plays Friedrich Bhaer. 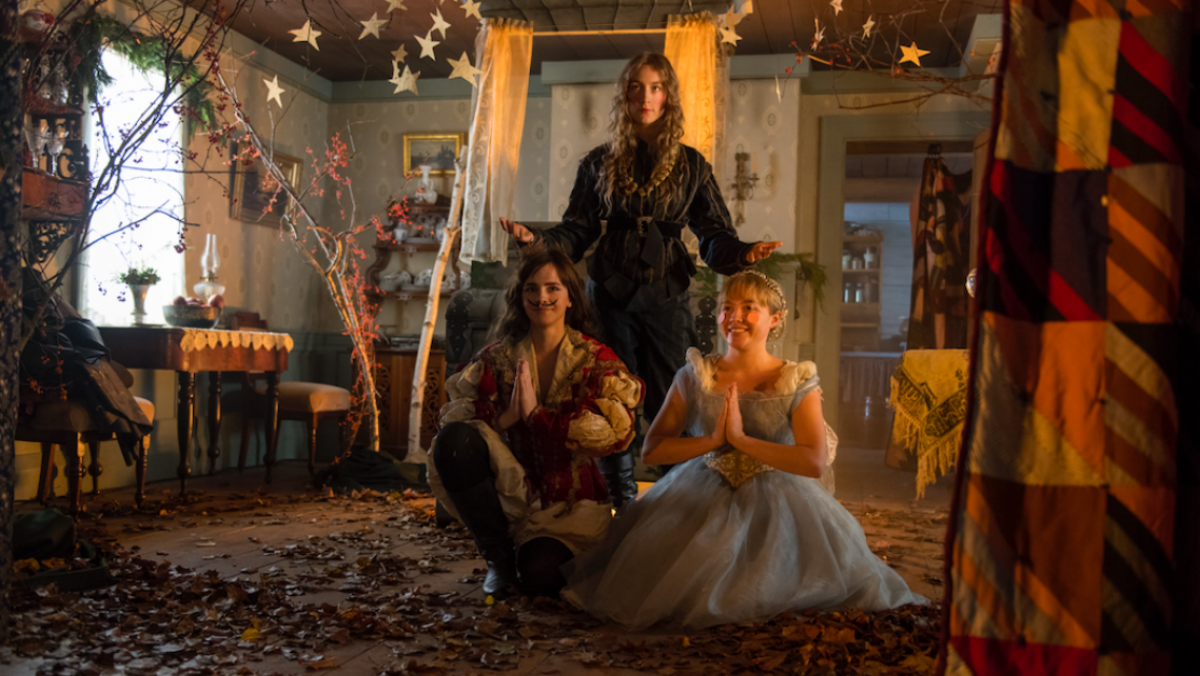 Maybe it’s recency bias, but we have to give the top spot to Gerwig’s film. Not only because it’s another version created and put into the world by women, but because it’s the first version of the story to contend with Alcott’s reality. The story was highly autobiographical, but unlike her heroine Jo, Alcott never married.

Through Gerwig’s eyes, Little Women is more than just a traditional romantic love story. It’s a love story between sisters, but most of all, it’s about the love we have for our own creations—and how that can be just as fulfilling for a woman as marriage or motherhood.

Not that the film shames anyone who chooses the latter; in Gerwig’s version of events, every choice a woman makes is an important one. (It’s also the first adaptation to really give Amy March her due.) It’s the most complete of the films, and one that will stand the test of time no matter what happens Oscar Sunday.