We’d watch Stranger Things‘ Millie Bobby Brown and The Witcher‘s Henry Cavill team up to play hopscotch. But this fall, the two Netflix stars will unite for something far more exciting. They’ll play the world’s most famous sleuth and his brilliant younger sister in the streaming site’s upcoming Enola Holmes. And now the film’s first teaser has given us a big clue on what we can expect from the movie. It looks like a whole lot of fun, and features Henry Cavill’s great head of hair and one delightful leading lady.

Told you she was delightful! As for the the tweet, it translates to “Enola Holmes, September Twenty-third,” the day the movie comes to Netflix. The film takes place in England in 1884, in “a world on the brink of change.” Here’s the official synopsis from Netflix:

“On the morning of her 16th birthday, Enola Holmes (Millie Bobby Brown) wakes to find that her mother (Helena Bonham Carter) has disappeared, leaving behind an odd assortment of gifts but no apparent clue as to where she’s gone or why. After a free-spirited childhood, Enola suddenly finds herself under the care of her brothers Sherlock (Henry Cavill) and Mycroft (Sam Claflin), both set on sending her away to a finishing school for ‘proper’ young ladies. Refusing to follow their wishes, Enola escapes to search for her mother in London. But when her journey finds her entangled in a mystery surrounding a young runaway Lord (Louis Partridge), Enola becomes a super-sleuth in her own right, outwitting her famous brother as she unravels a conspiracy that threatens to set back the course of history.” 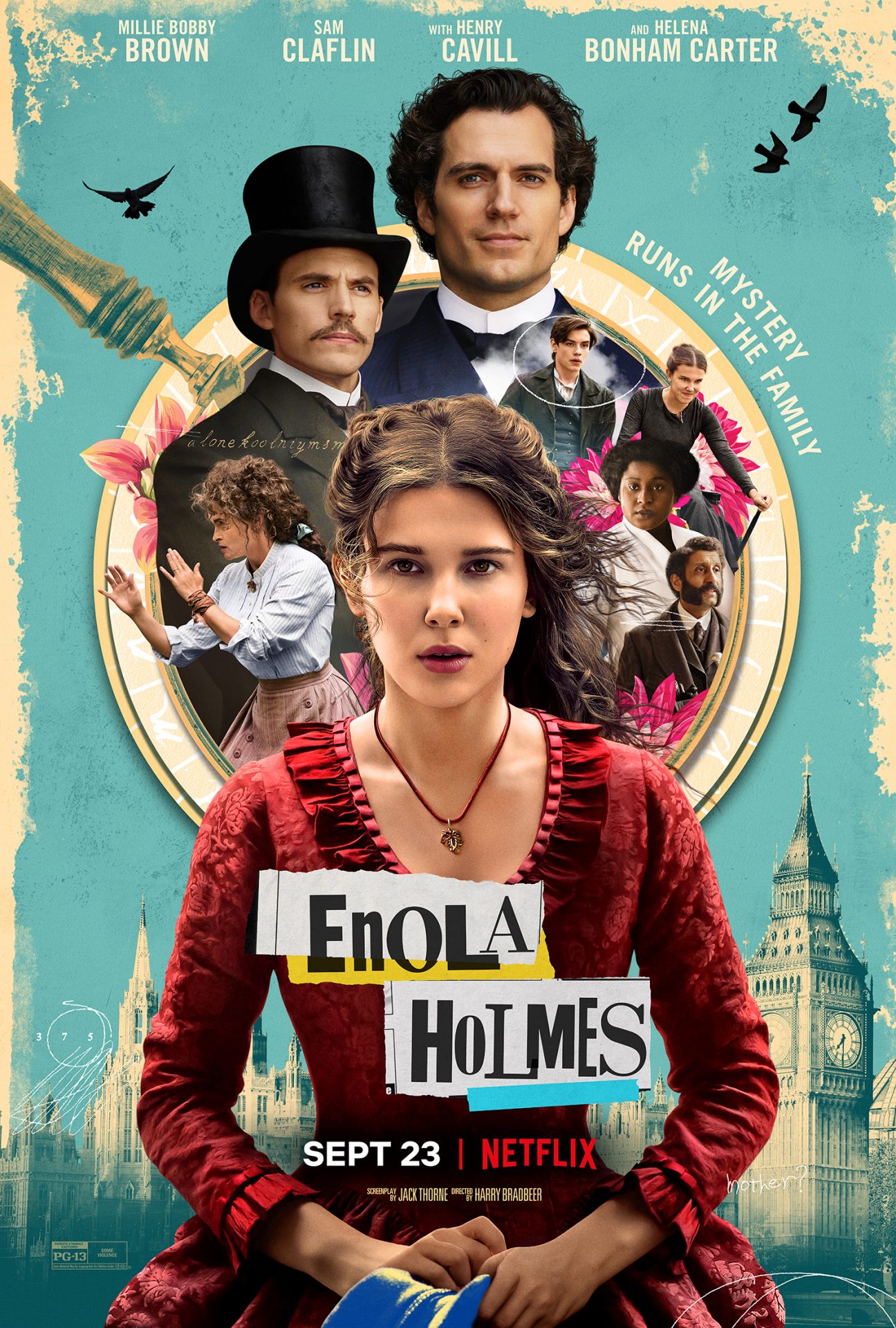 The movie is based on Nancy Springer’s book series, though Sir Arthur Conan Doyle’s estate isn’t happy about the film. Maybe this fun teaser will change their minds. You don’t have to be a brilliant detective to deduce Brown and Cavill will make for a great team.