You don’t need to be a super genius to figure out why Netflix would want to work with Millie Bobby Brown and Henry Cavill again. Stranger Things and The Witcher are two of the streaming site’s biggest hits. And the wildly popular stars are a big reason why. Now they’re getting the chance to work together on Enola Holmes, and the first images for the movie promises a different spin on a classic character. Because while Cavill might be playing Sherlock Holmes, it’s Brown as his younger sister who is on the case.

These images, which we first saw at Entertainment Weekly, focus primarily on Brown’s titular Enola, offering our first glimpse at the film, which is currently scheduled to premiere this fall.

“England, 1884 – a world on the brink of change. On the morning of her 16th birthday, Enola Holmes (Millie Bobby Brown) wakes to find that her mother (Helena Bonham Carter) has disappeared, leaving behind an odd assortment of gifts but no apparent clue as to where she’s gone or why. After a free-spirited childhood, Enola suddenly finds herself under the care of her brothers Sherlock (Henry Cavill) and Mycroft (Sam Claflin), both set on sending her away to a finishing school for “proper” young ladies. Refusing to follow their wishes, Enola escapes to search for her mother in London. But when her journey finds her entangled in a mystery surrounding a young runaway Lord (Louis Partridge), Enola becomes a super-sleuth in her own right, outwitting her famous brother as she unravels a conspiracy that threatens to set back the course of history.” 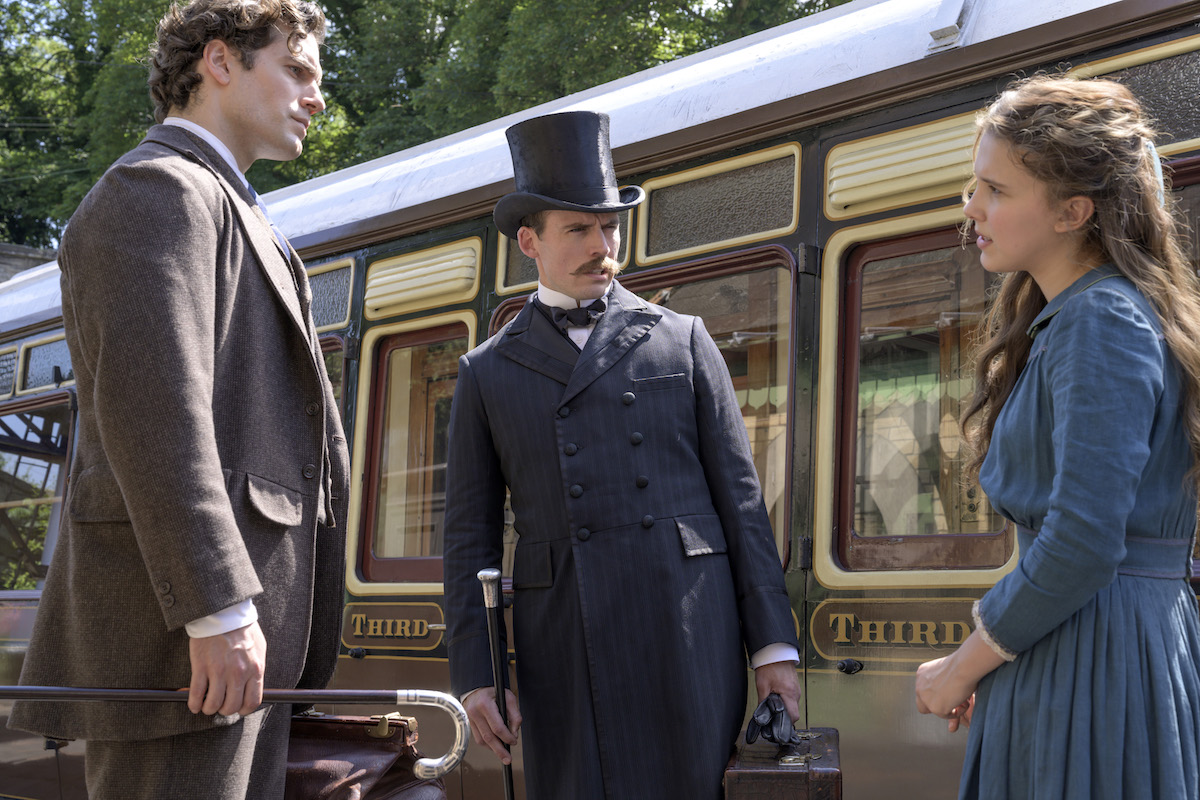 The film is based on the book series of the same name by Nancy Springer. Harry Bradbeer (Killing Eve) directs with a script from Jack Thorne (His Dark Materials). However, the movie is currently dealing with legal trouble. Variety reports Sir Arthur Conan Doyle’s estate is suing Netflix over copyright infringement.

Good thing Netflix now has two super sleuths to figure this out.