An Engineer Made a Giant Nintendo Switch for Charity - Nerdist

An Engineer Made a Giant Nintendo Switch for Charity

Have you ever looked at your Nintendo Switch and wished it were just a little bigger? The compact, portable size is one of the popular console’s selling points, but not to maker Michael Pick. He thought that feature made it easier to lose the Switch. So Pick crafted, as far as he knows, the world’s first working 4K Nintendo Switch. Spotted at GameSpot, this Nintendo Switch is a whopping 650 times bigger than the standard console. And yes, it absolutely functions—every button and all the side triggers. Pick documented the process at his YouTube channel:

Pick dubs himself a casual engineer, but we think it’s more than casual. He designed this giant Nintendo Switch so you can play it with the actual buttons on the console or with an external controller (which you can in the image below). After demonstrating the functionality, Pick opens the massive left Joy-Con controller to show how he wired the inside. The Nintendo Switch and its controller are mounted in a 3D-printed mounting and run with an Arduino and servos. The display screen is a 4K television. 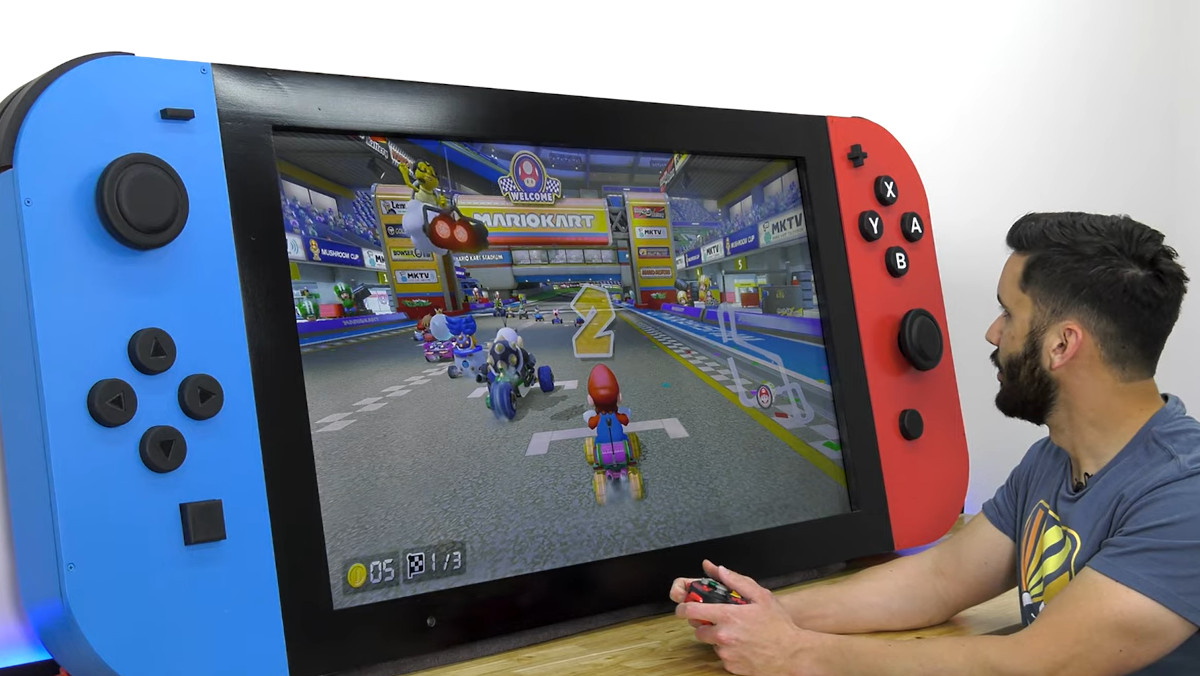 As for the specs of a 650-times-larger Switch: it weighs 65 pounds and measures at 70 inches long by 30 inches tall. Therefore, not so portable anymore. Unless you really want to make moving your gaming console the focus of your workout.

But Pick did take his Nintendo Switch on one important trip: he donated the beast of a console to St. Jude Children’s Research Hospital in Tennessee. He shared on Reddit, “The kids loved it! Honestly the best part of this build.”

Besides his YouTube channel, you can follow more of Pick’s work on Instagram. He’s already teasing that his next build is going to be even bigger.