The term “emotional labor” has come up a lot in the past few years. Originally coined in 1983 by sociologist Arlie Russell Hochschild, it described how employees have to manage customer emotions while suppressing their own. (Thanks, capitalism!) These days, emotional labor is commonly used to describe the unequal workload many women take on in their interpersonal relationships. Hochschild and others feel this makes the term less precise, but that genie seems to be out of the bottle.

Some media ( hi, romance novels!) feature men taking on greater emotional work; but normally the opposite plays out, especially in movies and TV. Women make up a minority of speaking characters. (Ensembles with multiple men and exactly one woman are so common that this phenomenon is known as The Smurfette Principle.) That doesn’t even consider the near-total absence of nonbinary or gender-neutral characters in movies and TV, or binary trans characters. Representation in media has a long way to go. Still, there are movies and TV shows featuring men taking on emotional labor for the women in their lives. In no particular order, spoilers ahoy! 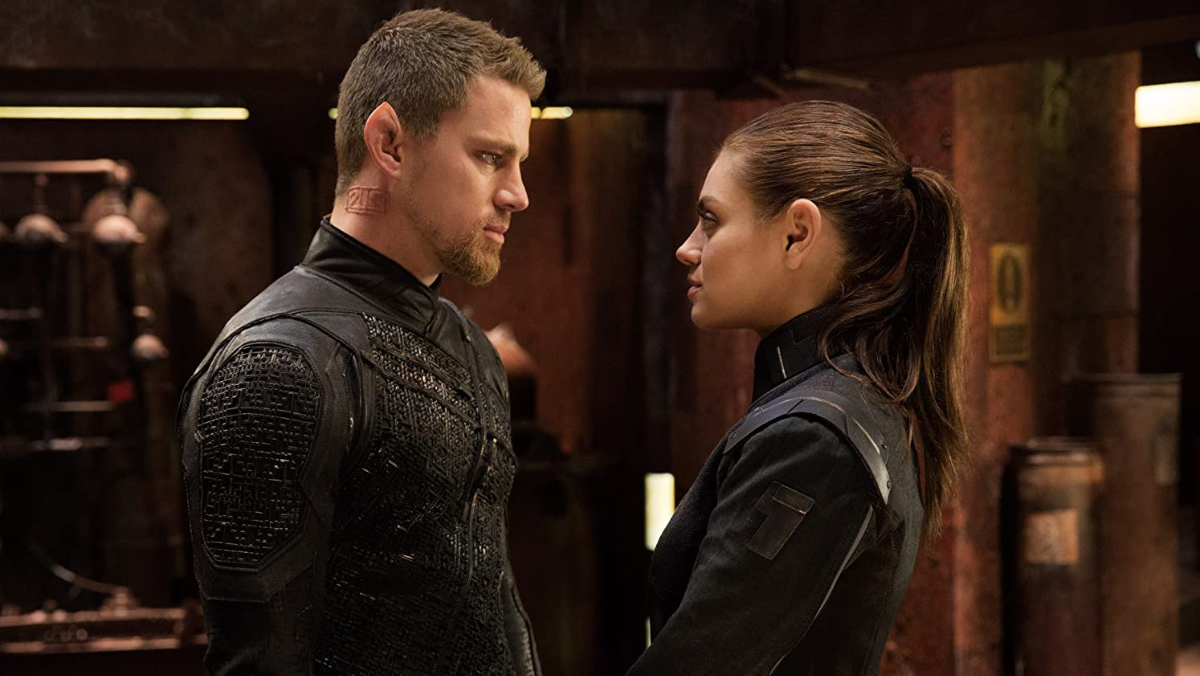 Kristoff provides emotional support for Anna throughout the first Frozen movie. The sequel opens with him continuing to support both her and Elsa. When planning to propose to Anna, he goes to Sven for help; and later, to Ryder from the Northuldra tribe, instead of enlisting Elsa. When he and Anna meet after separation, near the climax of the movie, his first question is, “What do you need?” Even when Anna apologizes for leaving, his answer is, “My love is not fragile.” He is secure in their love and ready to support Anna in what she needs.

On the one hand, Caine was hired to capture Jupiter. But from the moment she wakes up in outer space, he shows that he was thinking of her and her feelings; he left her a gun because he thought it would make her feel better after her helplessness in the clinic. The gun isn’t just an empty gesture; he tells her how to use it, risking his safety for her comfort. This trend continues throughout the movie—Caine is her protector, her support. He doesn’t force his own agenda on her, he respects her boundaries, and he trusts her to fight her own battles while he rescues her family. His support is a major reason that fans describe the movie as “ perhaps the most shamelessly Female Gaze-y sci-fi film ever made.” 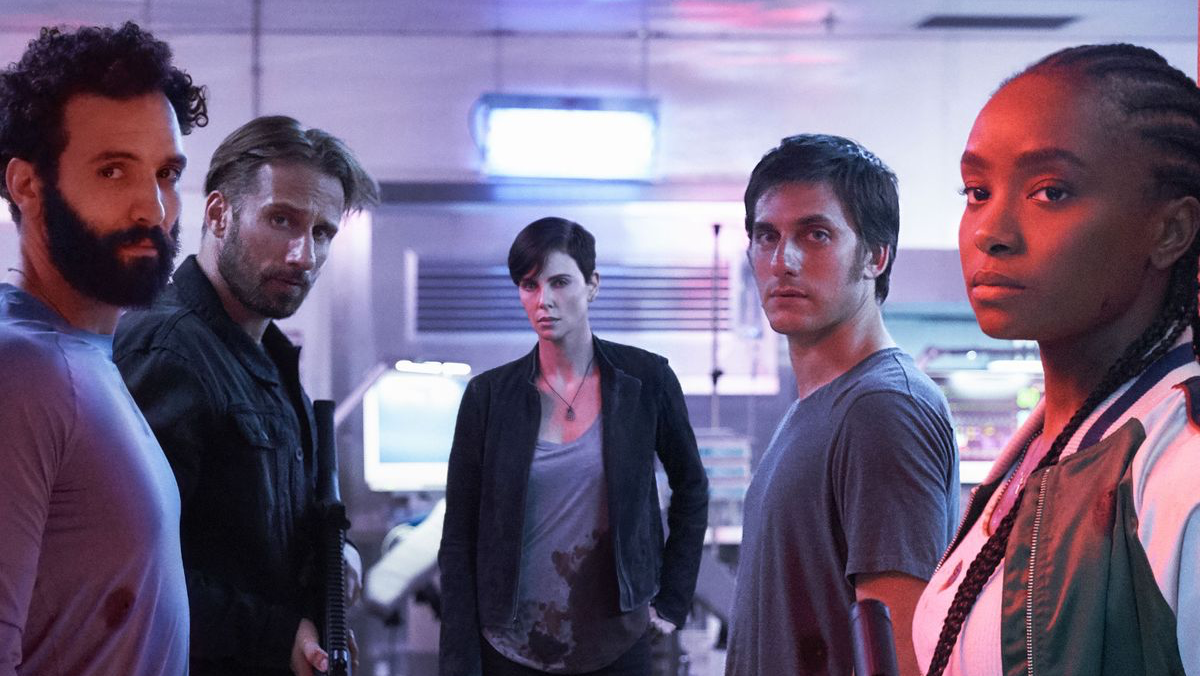 The first superhero film directed by an African-American woman, The Old Guard is a breath of fresh air in many ways. That includes its handling of emotional labor. At first, it looks like a case of The Smurfette Principle, with Andy as the lone (and very butch-coded) woman leading Booker, Joe, and Nicky. But we see quickly that they offer her emotional support and grounding.

Booker’s feelings kick off the plot, but he doesn’t confide in his team or seek support from them. Despite his despair, he offers support and advice to Nile as she adjusts to her immortality, as do Joe and Nicky. When Andy is reluctant to find Nile at first, it’s Nicky who points out the turmoil and pain Nile must be feeling. While it’s not providing direct emotional support to women, Nicky and Joe’s love for each other is the emotional center of the movie. They access support in one another, and express their love freely, unhampered by the conventions of toxic masculinity.

From the cold open of season one, where Dutch is revealed as the leader instead of Johnny, Killjoys turns the expected sci-fi action tropes on their head. Johnny is the emotional heart of the team, and his platonic partnership with Dutch keeps her grounded. But he’s not her only source of emotional support.

D’Avin, Aldis, Pree, even Turin and Fancy (in their own ways) offer her support and validation through the series. And Dutch isn’t the only recipient of that emotional support. Pawter relies on Johnny quite a bit before her untimely death, as Clara does afterward. While Zeph and Johnny clash initially, he offers her mentorship and respect for her skills, even when they outstrip his. And even Delle Seyah, when struggling with her artificially accelerated pregnancy, leans, however reluctantly, on D’Avin for support. 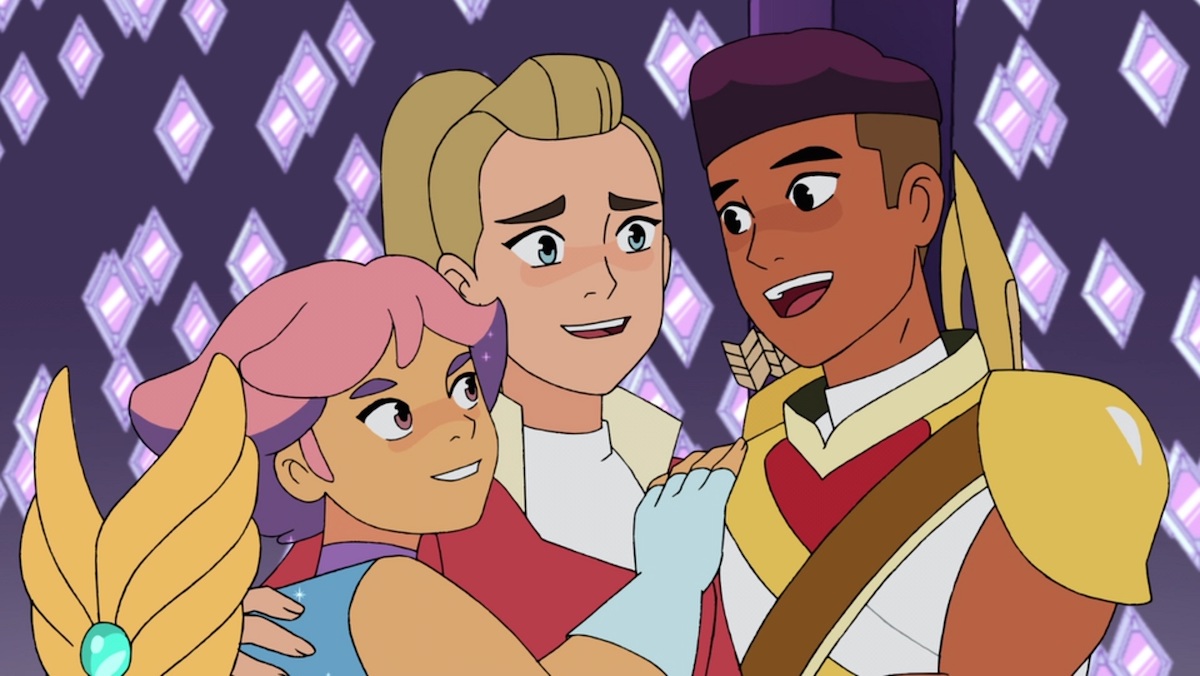 She-Ra and the Princesses of Power

Unlike some of the other titles on this list, the She-Ra reboot was designed from the ground up to be female-centric, with the majority of the speaking cast being girls and women. The main exception is Bow, the crop-top-wearing, tech-loving child of two historians who ran away from the library to join the Rebellion. In his own words, he is “like, the only one who’s not a princess.” Bow is an important emotional support for Glimmer and Adora, for the other princesses, and for the “ordinary people” of Etheria. He often serves as the voice of reason, and he literally wears his big heart for all to see.

One of the reasons Leverage is such a fan favorite ( can’t wait for the reboot!) is the way it thumbs its nose at toxic masculinity. Eliot is capable of violence, but he’s also a talented cook, always feeding his team. He also provides emotional support and validation to Parker and Hardison throughout the show. Likewise, Hardison, instead of being the kind of stereotype often assigned to Black characters, is a smart, sensitive genius who waits patiently for Parker to acknowledge the relationship growing between them. While Sophie does offer a certain amount of emotional support to the team, the strongest relationship in the show is the triad of Hardison, Eliot, and Parker. (And it was confirmed canonically by John Rogers, the show’s creator!)

Obviously this is not an exhaustive list. But the fact that there are this many options gives us hope for the shifting conversation!

How Dungeons & Dragons Helped Me Escape a Cult

TAGGED: Frozen 2, She-Ra and the Princesses of Power, The Old Guard