One of the big challenges amongst many top engineers on YouTube is coming up with a functional, and practical, prototype grappling gun. And while many, many attempts have been made, they’d all need major overhauls if people wanted to use them consistently, in real situations. Now, engineer and YouTuber, Built IRL, says he’s throwing his own high-powered hook into the ring. And that it’s—probably—the best one out there.

The South African YouTuber and engineer, who goes by JT, recently posted the test of his grappling gun to his channel. Prior to this test, JT had actually been working on the grappling gun for more than a year. He released his first video describing his build in November, 2019, after interning with engineer James Hobson a.k.a. The Hacksmith.

The prototype in the test video is a newer version of the one JT made with Hobson, and is obviously much better than its predecessor. Not only is this one far more compact, but also a lot more powerful. An achievement made possible by a combination of the grappling gun’s light, aluminum chassis and “hefty” electric-skateboard motor. 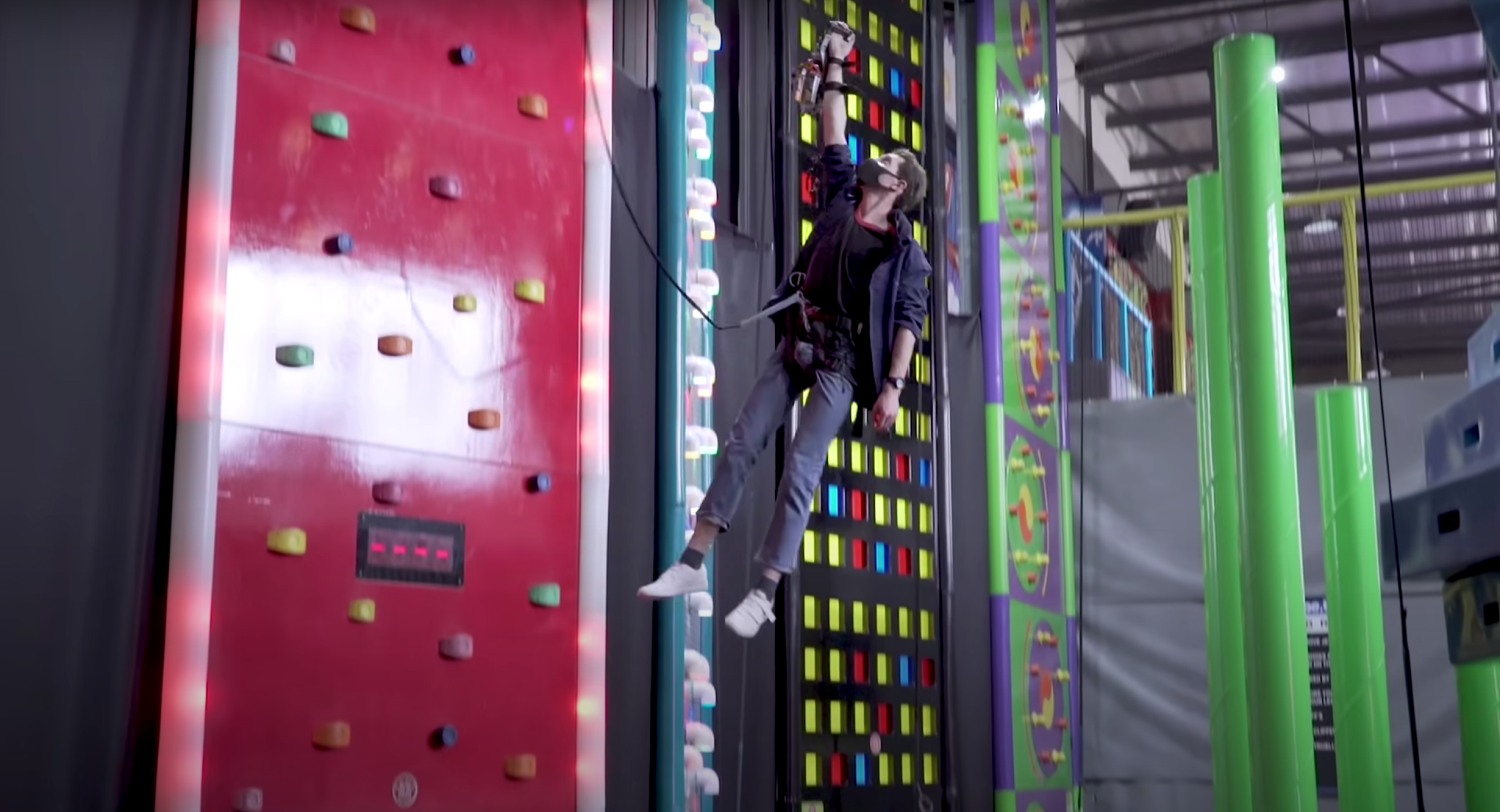 To launch the hook, JT’s grappling gun uses a blast from a pressurized canister of carbon dioxide. It also has a 45-foot-long spool of aluminum wire, which is simultaneously strong, and somewhat stretchy.

As for the grappling gun’s functionality, it does indeed seem to be the best real-life one out there; that we’re aware of, anyway. There are certainly lots of kinks JT still needs to work out, but the proof of concept is there. The demonstration arounds four minutes into the video being the most convincing, where he’s able to scale a 30-foot-wall in three seconds, and leap dozens of feet from spot to spot on the ground. 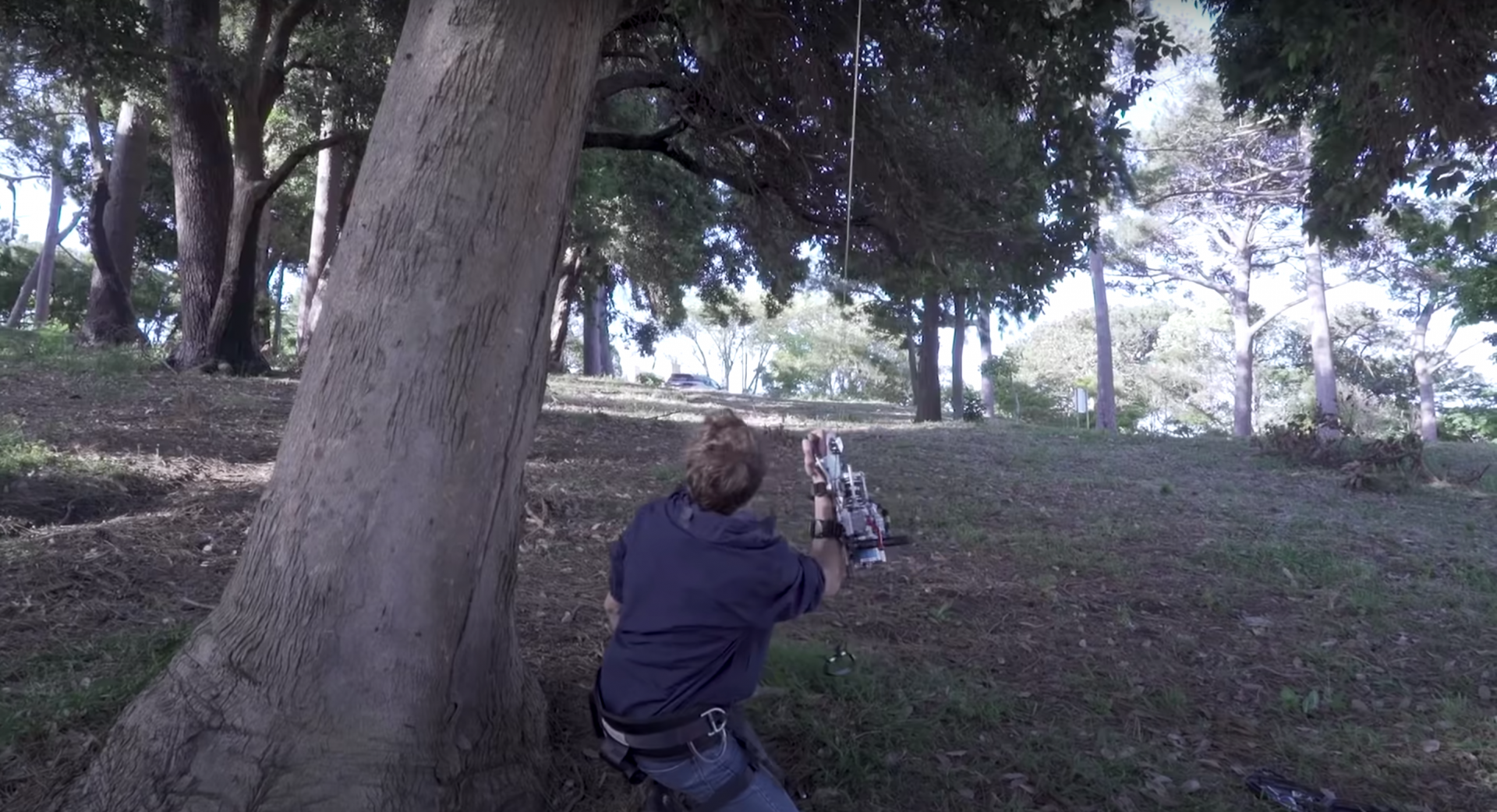 Plus there’s the whole IRL Just Cause scenario JT plays out at the end of the video. In which the engineer uses his grappling gun to quickly ascend up a tree. And then, subsequently, come racing back down to Earth with Spider-Man-esque celerity. Which is impressive, but also, it seems, potentially leg-snappingly dangerous. But hopefully that little kink will be worked out in JT’s next iteration.