Researchers investigating the rejuvenation effects of young rat blood plasma on the tissues of old rats have found astonishing results. According to the researchers’ study, the young rat plasma was able to rejuvenate the old rats’ organ tissues by an average of 54%. For liver tissues, the researchers were even able to achieve 75% rejuvenation.

The study, authored by UCLA Professor of Human Genetics & Biostatistics, Steve Horvath et al., was recently posted to Reddit by user lughnasadh. Although the study has yet to be published in a scientific journal or peer reviewed, it is currently available as a preprint in the open access repository, bioRxiv. 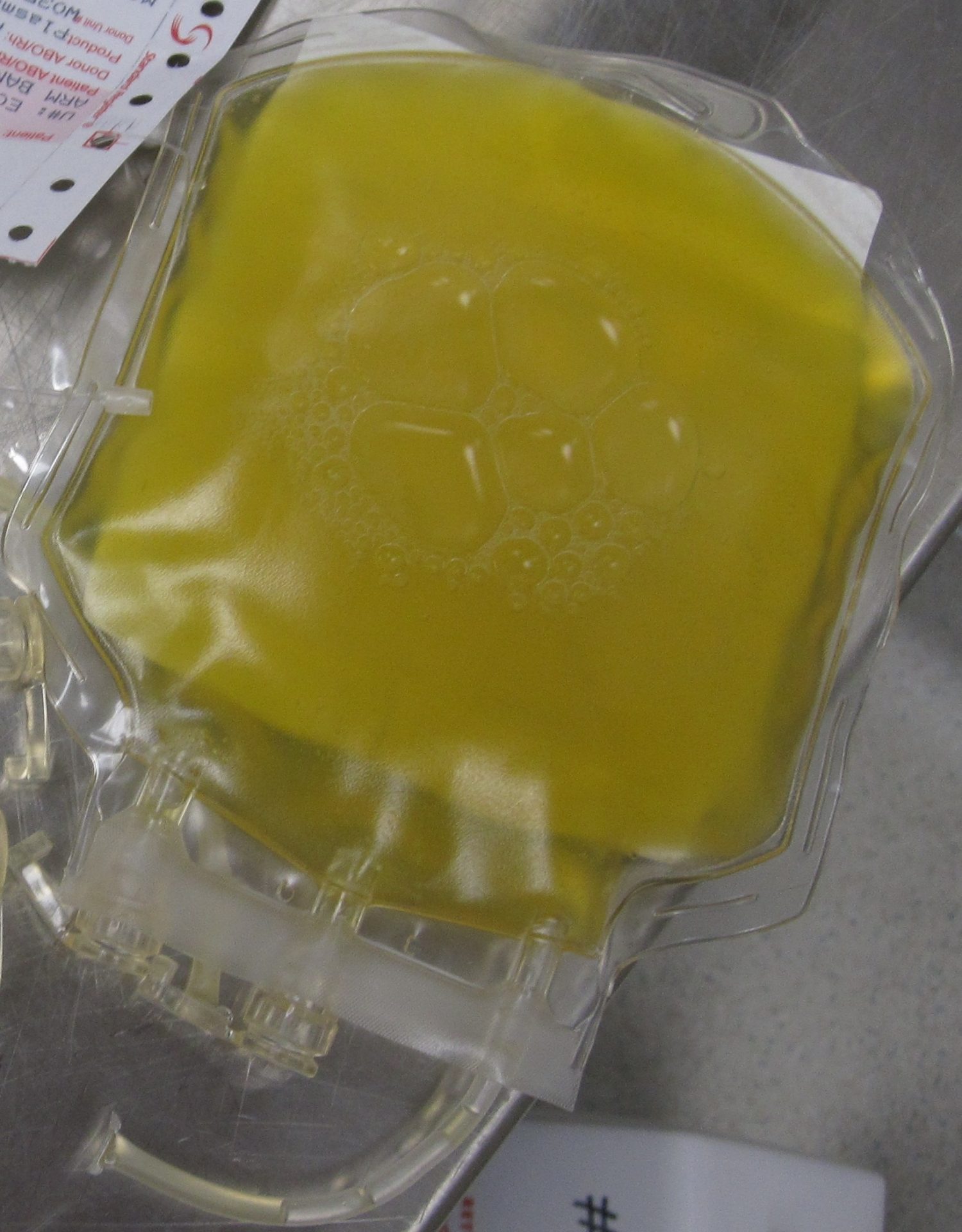 A bag of fresh plasma. DiverDave

The aim of the study was to investigate the rejuvenation effects of plasma fraction treatment on different rat tissues. Plasma fraction treatment is the process of extracting plasma from an individual’s blood and inserting it into a new, or the same, individual. Blood plasma is the liquid component of whole blood, and is mostly composed of water, as well as small amounts of minerals, salts, ions, nutrients, and proteins.

Despite that seemingly paltry makeup, plasma is still enormously important. For example, blood plasma is rich in proteins that boost the immune system and fight infections and inflammation. Blood plasma can also help those who’ve suffered traumatic injuries (by, for example, helping with blood clotting), and has even been used previously to revitalize mouse organs. 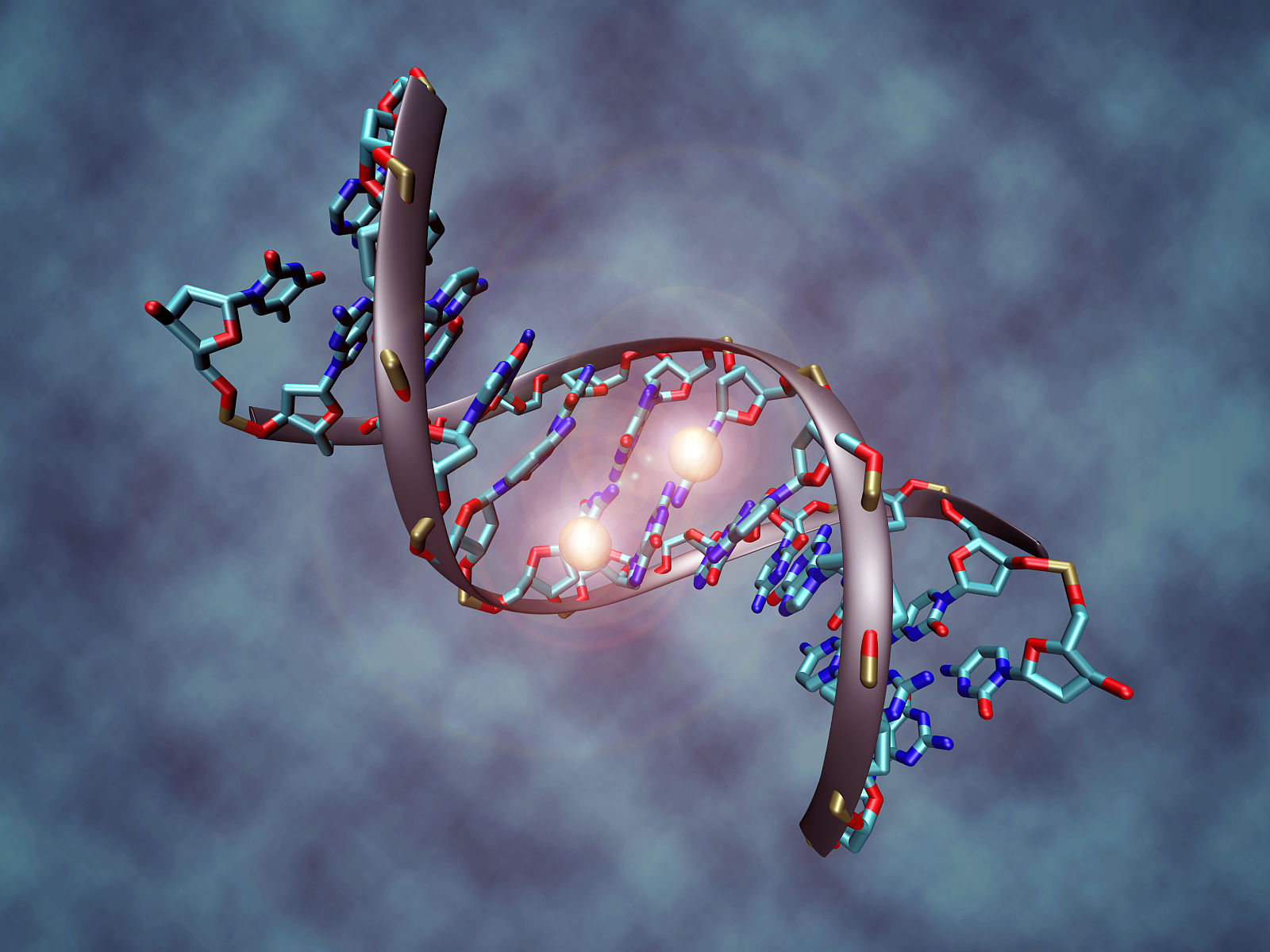 Illustration of a DNA molecule that’s been methylated. Christoph Brock

This study was, more specifically, concerned with whether or not young plasma rejuvenates cells and tissues in terms of their “epigenetic clock.” In other words, the researchers wanted to see if the young rat plasma could affect the biological markers of aging in the older rats’ organ tissues. The researchers were looking in particular at DNA methylation, which is the change in the amount of methyls (a type of chemical) that have been added or subtracted to DNA over time.

As for the results of the study? Horvath et al. say that “the treatment more than halved the epigenetic ages of blood, heart, and liver tissue.” There was even some rejuvenation in the hypothalamus, the part of the brain that controls things like body temperature, thirst, and hunger.

Why would this be a big deal? Chemicals called methyls, which are added & subtracted from our DNA over time, control which genes remain on/off. This DNA methylation pattern can also serve as a BIOLOGICAL clock with <5% error. If you smoke or overeat, your clock ticks faster 4/n

According to David Sinclair, an Australian biologist and genetics professor specializing in anti-aging, these results are extraordinary. Sinclair, who was not involved with the research, wrote on Twitter that “The result is so literally incredible that even the first author, Prof. Steve Horvath, didn’t believe it at first.” Sinclair added in the same Twitter thread that the final versions of the rats’ epigenetic clocks saw an age reversal of 75% in the liver, 66% in the blood, and 57% in the heart.

The result is so literally incredible that even the first author, Prof. Steve Horvath, didn't believe it at first. I suggested he check if the rats were mixed up, but he assured me he checked their genomes. The rats weren't mixed up and the data is the data. 2/n

Sinclair also noted that the researchers found a large reduction in the accumulation of fat in the old rat tissues. In fact, Sinclair says that all of the health-related blood biomarkers the researchers assessed—such as lipids, liver function, and blood cells—were altered to look more like those of younger rats. Without exception.

If this finding holds up, rejuvenation of the body may become commonplace within our lifetimes, able to systemically reduce the risk of the onset of several diseases in the first place or provide resilence to a wide variety of infections. 22/n

The study notes that, overall, this is a demonstration that a plasma-derived treatment can significantly reverse aging according to benchmark biomarkers. “If this finding holds up,” Sinclair added on Twitter, “rejuvenation of the body may become commonplace within our lifetimes, [and we may be] able to systemically reduce the risk of the onset of several diseases in the first place or provide resilence [sic] to a wide variety of infections.”

What do you think about this use of young rat plasma as a way of de-aging older rats? Let us know what you’re thinking in the comments!