Your Favorite D&D Monsters Are Inside BEASTS & BEHEMOTHS - Nerdist

Your Favorite D&D Monsters Are Inside BEASTS & BEHEMOTHS

If you’ve been trying to get your kids to play Dungeons & Dragons with you, this is for you. Wizards of the Coast’s Young Adventurer’s Guide series are just about all you need to recruit them into your ranks. The first four books in the series have tackled Dungeons & Dragons character origins and classes, spells, dungeons, and classic creatures with clear and concise text. And on top of all that, the books have gorgeous illustrations. The newest book, Beasts & Behemoths, gives new adventurers a look at the boss level creatures they’ll one day encounter in the world’s greatest role-playing game. And we have a sneak peek of what’s inside. 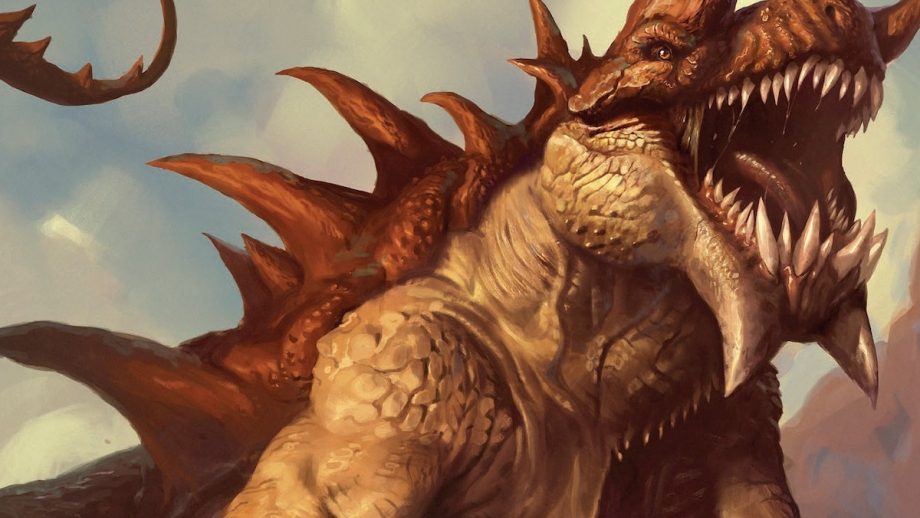 Beasts & Behemoths features creatures both big and small with names you’ll find familiar. (That’s a little D&D pun for you there.) From gnolls and orcs, to were-creatures, to monsters of legend, and of course, to dragons, the book runs the gamut of things that go bump in the dungeon. The guide describes each beast in detail without ever getting overwhelming. The book also does this masterfully without making any of the monsters inside too scary. Especially for young adventurers who might be getting a close look at some of these creatures for the first time.

Here’s an exclusive preview of two frightening foes: the medusa and the legendary platinum dragon Bahamut. 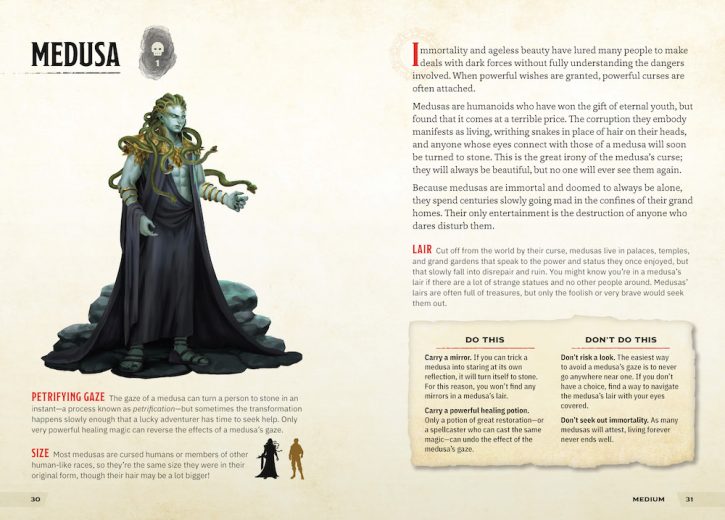 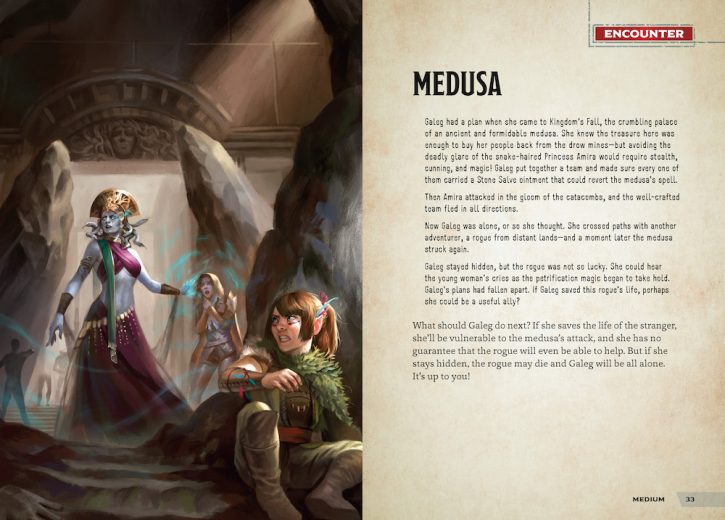 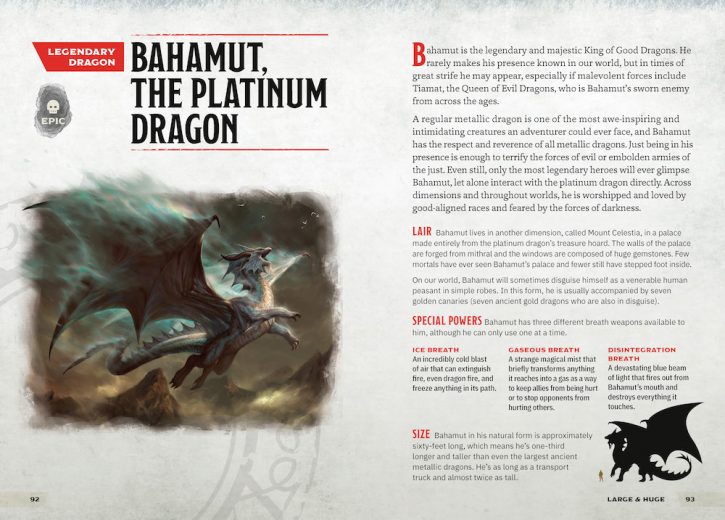 Beasts & Behemoths is written by Jim Zub, Stacy King, and Andrew Wheeler. While the book series is aimed at kids ages 8-12, anyone looking to get into Dungeons & Dragons will find the Young Adventurer’s Guide absolutely enticing. These slim tomes are simply the first step to cracking open the Player’s Handbook and so much more. 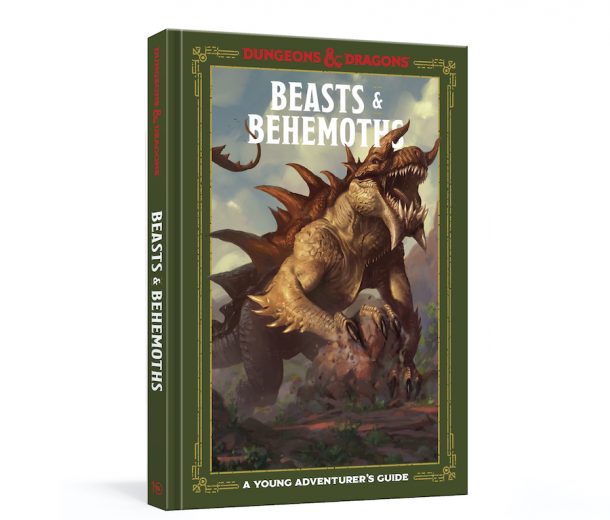 The first four books of the Young Adventurer’s Guide series are now available in a box set complete with a stunning slipcase. Get ready to roll a natural 20 on gift-giving this holiday season. Pick the set up and you’ll definitely have advantage.

Beasts & Behemoths will be available at bookstores everywhere on October 20, 2020.

Kelly Knox is a freelance entertainment writer in Seattle, WA who writes for Star Wars, DC Comics, and more. Her first book,  Marvel Monsters, comes out in 2021 from DK Books.