Dungeons & Dragons is enjoying a modern resurgence and is reaching an audience that’s bigger than ever. Chances are, even your kids are interested in getting into the game themselves. (Thanks, Stranger Things!) But with the daunting amount of information packed in the Player’s Handbook, where’s the best place for them to start?

Wizards of the Coast and Penguin Random House have you and your kids covered with a delightful new series of Young Adventurer’s Guide books aimed at getting new players both young and old into the game. From combat basics to the monsters in a dungeon’s depths, there’s plenty for kids and new players to discover.

The latest entry in the series, Wizards & Spells, dives into the intricacies of magic in D&D, and we have an exclusive preview right here. 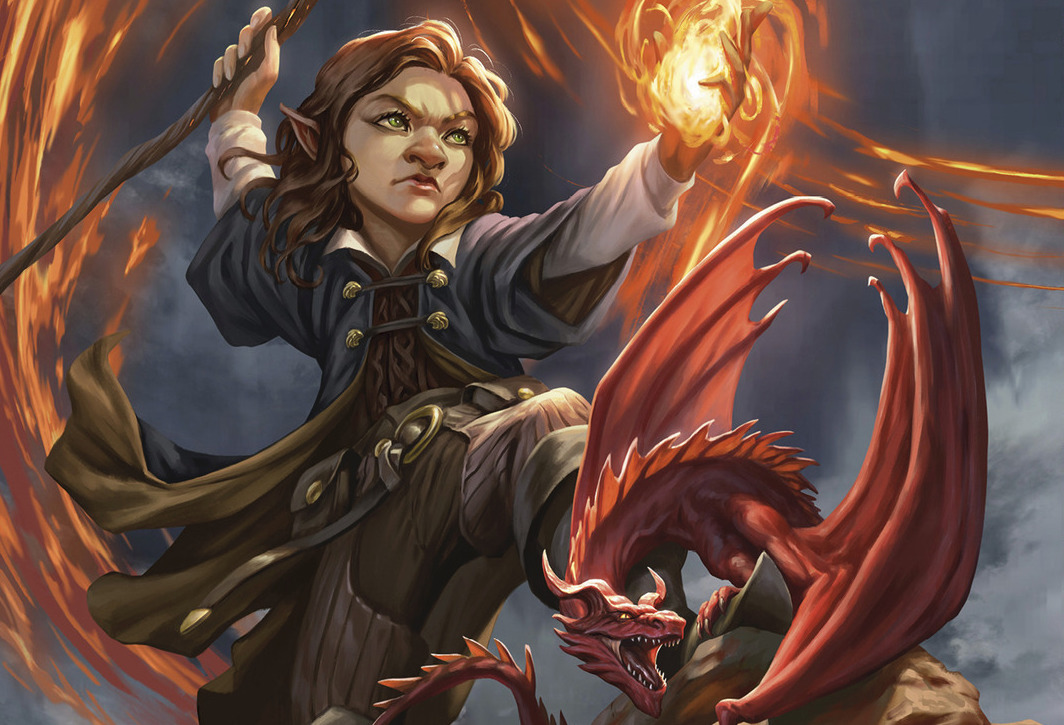 Wizards & Spells, written by Jim Zub with Stacy King and Andrew Wheeler, goes into detail (but not too much detail) about the schools of magic, available spell-casting classes, and the ins and outs of magic items.

This illustrated guide transports new players to the magical world of Dungeons & Dragons and presents a one-of-a-kind course on the wizards, sorcerers, and other magic-makers for which the game is known. Featuring easy-to-follow and entertaining explanations of how spells are created and used in the game, along with original illustrations of the game’s essential magical characters, this book shines a spotlight on the mystical side of D&D.

Not sure if you’re ready to invest in a 5th Edition Player’s Handbook? Start here. Whether you’re a 12-year-old reading about the game for the first time or a 42-year-old who only knows a little bit about D&D from listening to Actual Play podcasts, you’ll learn something new about the iconic role-playing game.

Here’s your sneak peek at the magic inside Wizards & Spells. 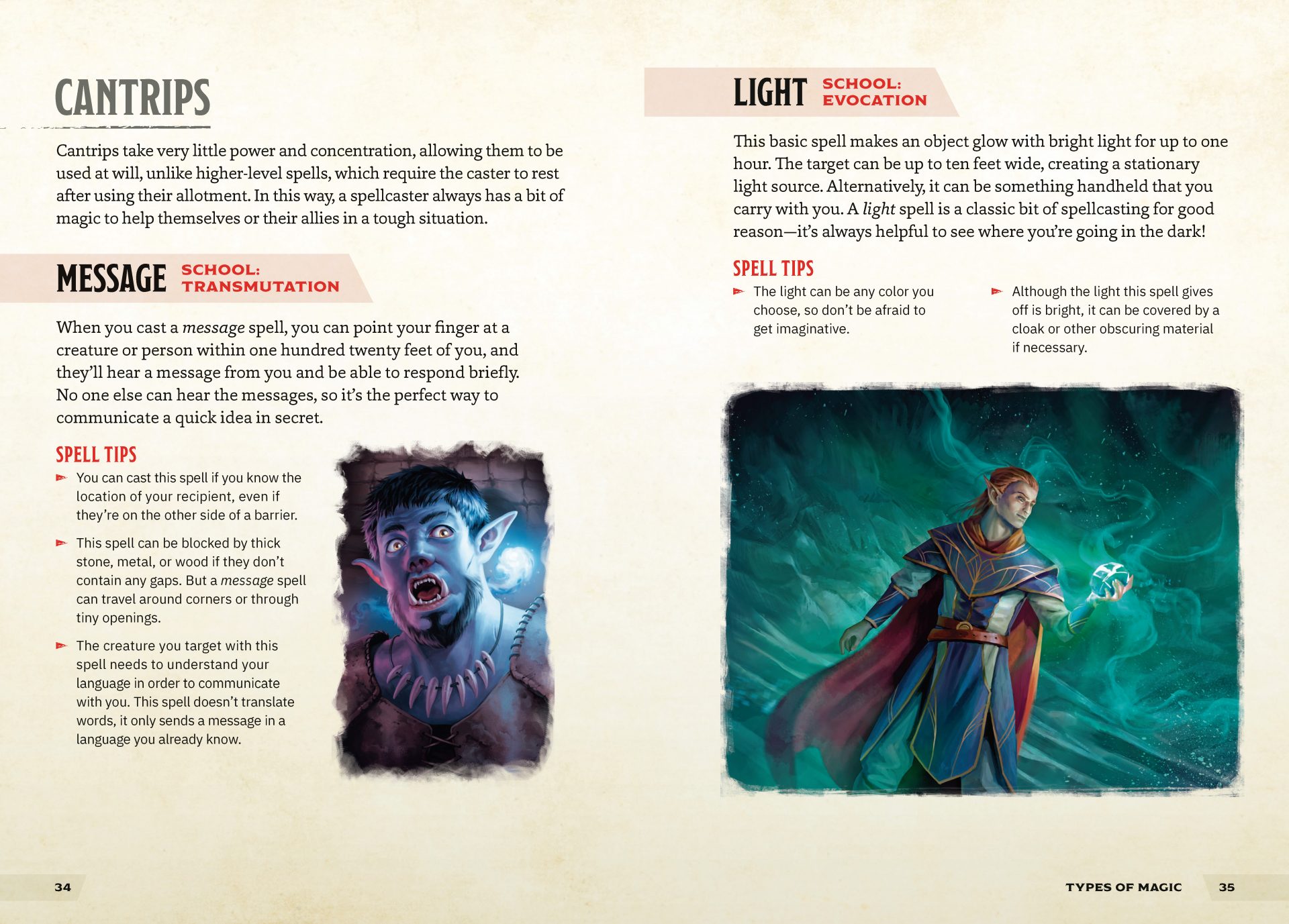 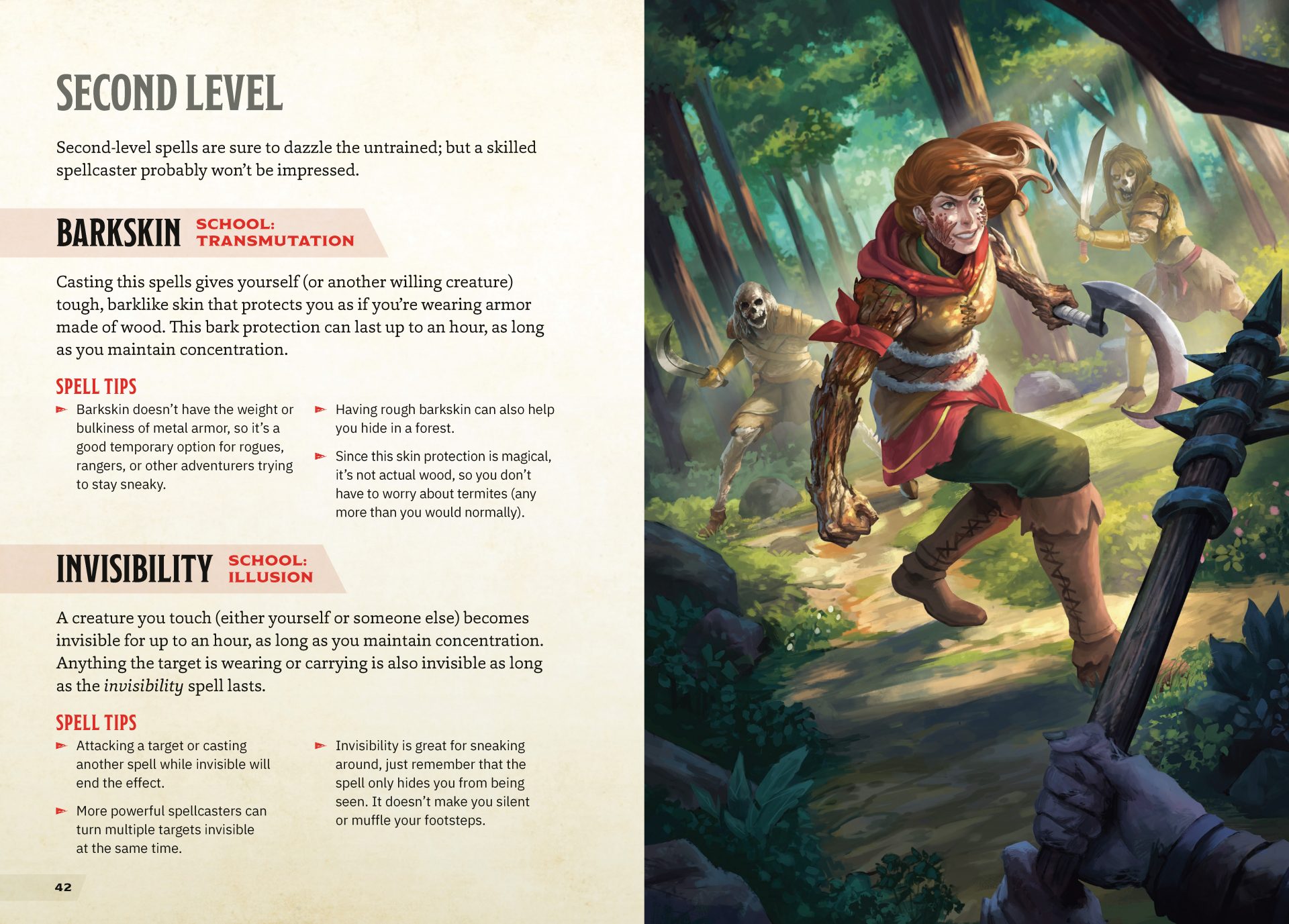 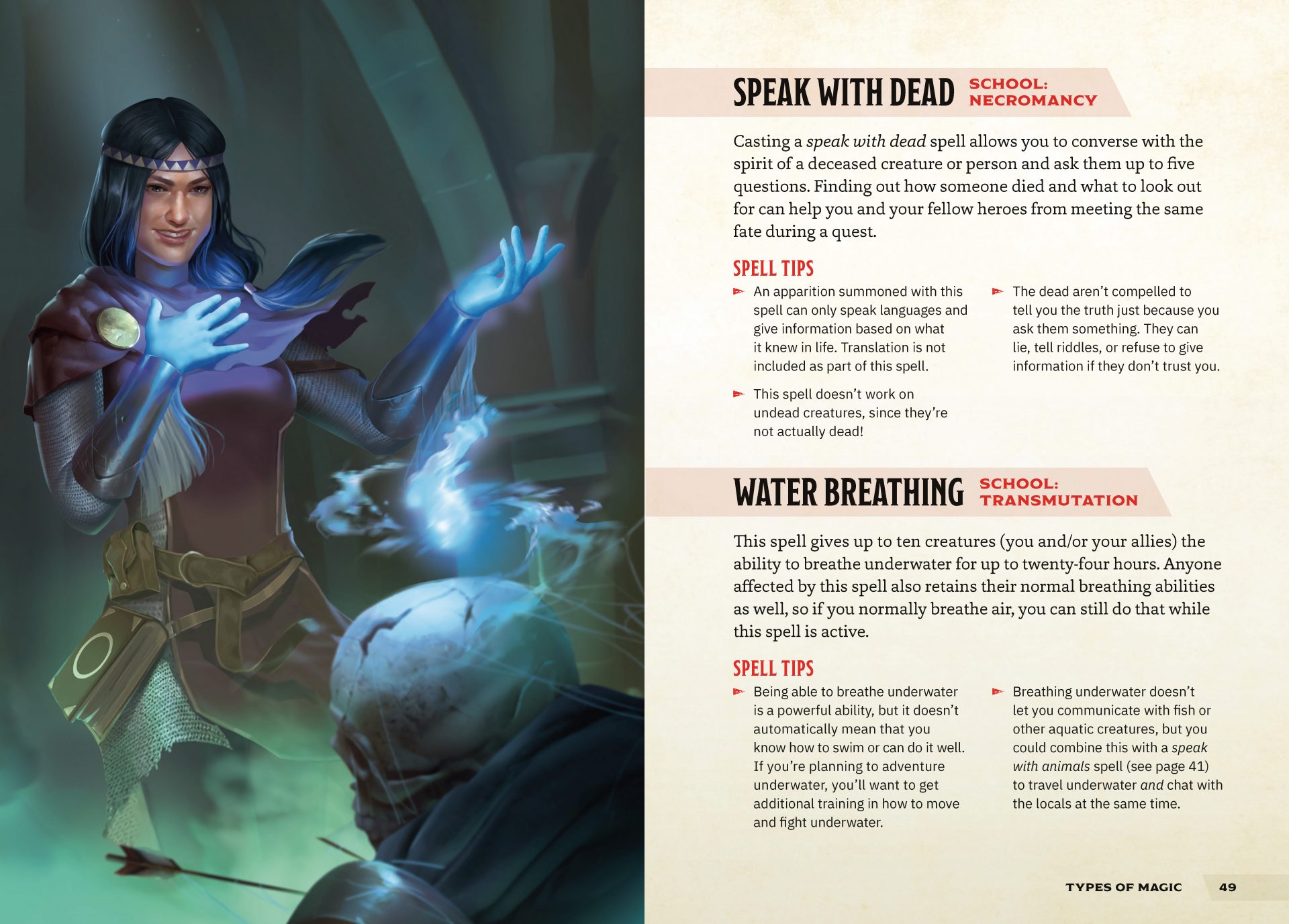 Wizards & Spells might be small, but it is powerful. The slim tome features stunning, brand new art of magic swirling from the fingertips of characters of all races and classes. (You could spend just as much time staring at the colorful art as you can reading the expert explanations of spell effects.) Accompanying tips can help with knowing when and where to use magic spells without getting the reader mired in the nitty-gritty.

Other books in the Young Adventurer’s Guides walk you through dungeons, give you an idea of the monsters and creatures you might face without giving too much away about them, and teach you how to play a non-magic using class. If you’ve never played Dungeons & Dragons, these eye-catching and concise books are one of the best places you can start your adventure. The first three books in the series are available now.

Look for Wizards & Spells at your favorite book store or your friendly local game store on March 10, 2020. And keep an eye out this fall for the next handy handbook in the series. Beasts & Behemoths is an immersive bestiary that can also capture the imaginations of readers from nine to 99.