The toys must flow. Denis Villeneuve’s Dune, an adaptation of Frank Herbert’s novel of the same name, is currently set to arrive in theaters this December. And with the launch of the two-part story we’re getting new merchandise straight from Arrakis. We recently shared Funko’s cute vinyl takes on Dune‘s characters, and today, we’re sharing the first official images for the McFarlane Toys Dune action figures. Behold, the Dune Build-A line. 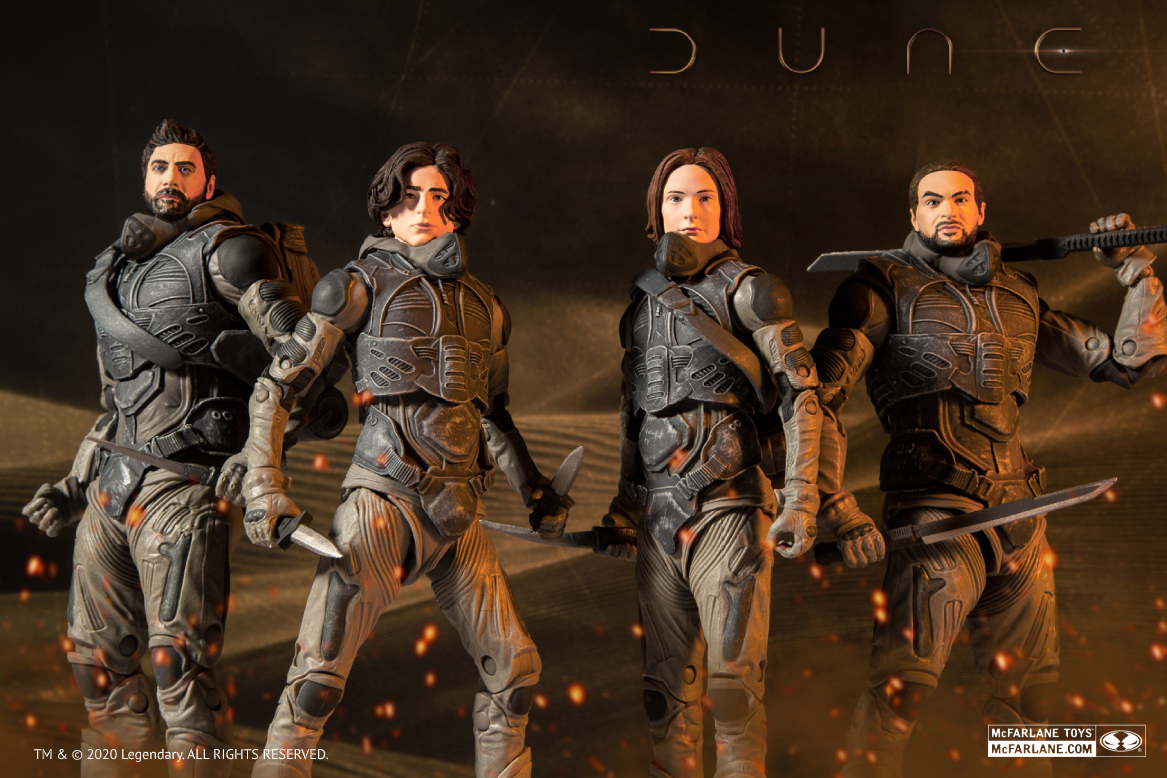 So far the line includes Paul Atreides (Timothée Chalamet) and his hair; Lady Jessica (Rebecca Ferguson); Stilgar (Javier Bardem); and Duncan Idaho (Jason Momoa). They’re all wearing Fremen stillsuits. And as you can see in the images, the seven inch figures feature the likenesses of the actors in the upcoming film. Each of these Dune figures comes with a piece of Beast Rabban (Dave Bautista) so when you’ve collected all four figures, you can build a Beast of your own. He’s probably not as scary as an action figure. 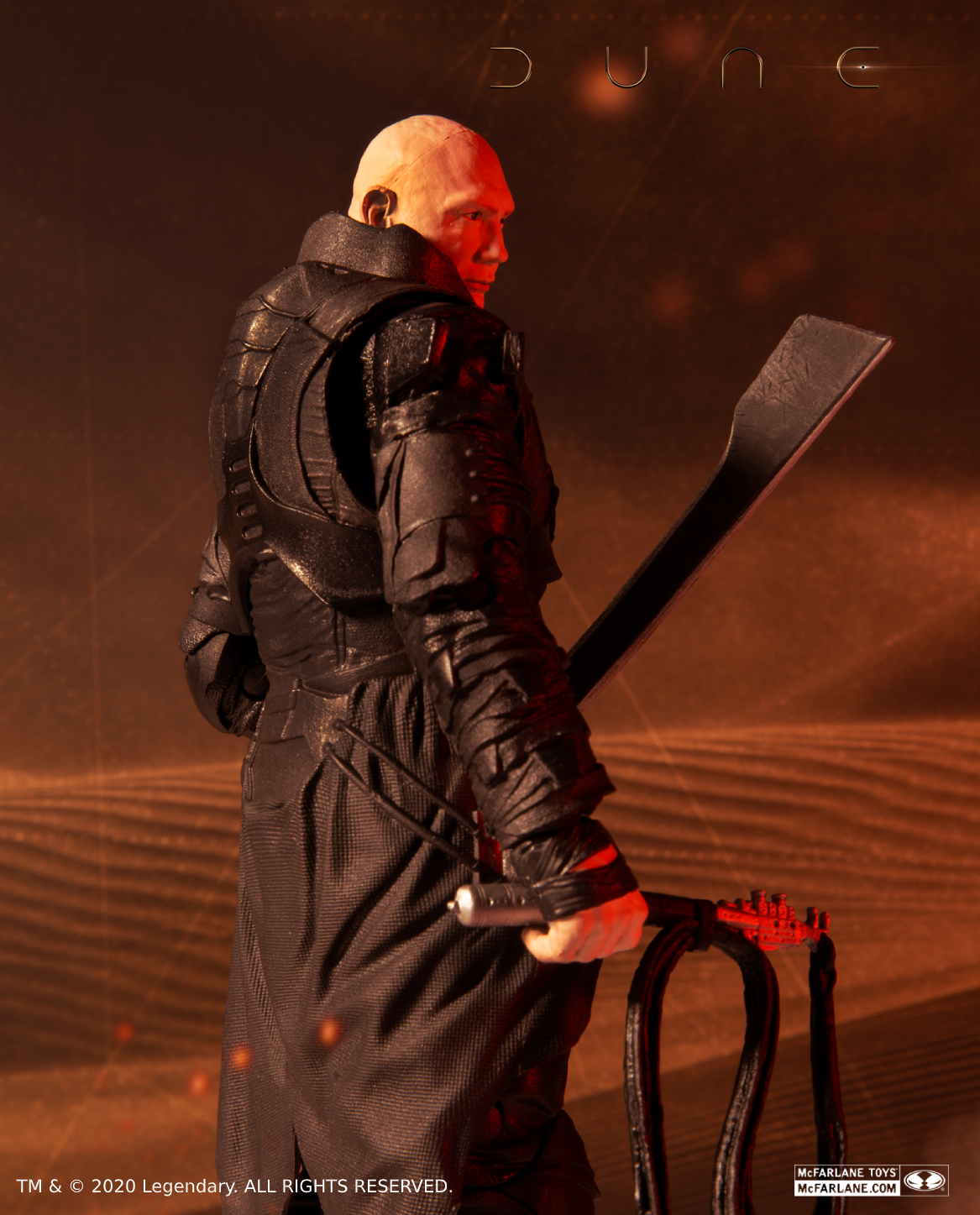 In addition to the seven inch line-up, McFarlane Toys also has a 12 inch Baron Vladimir Harkonnen (Stellan Skarsgård) figure. I appreciate that they’re giving the noxious Baron a more hulking design in comparison to the others. 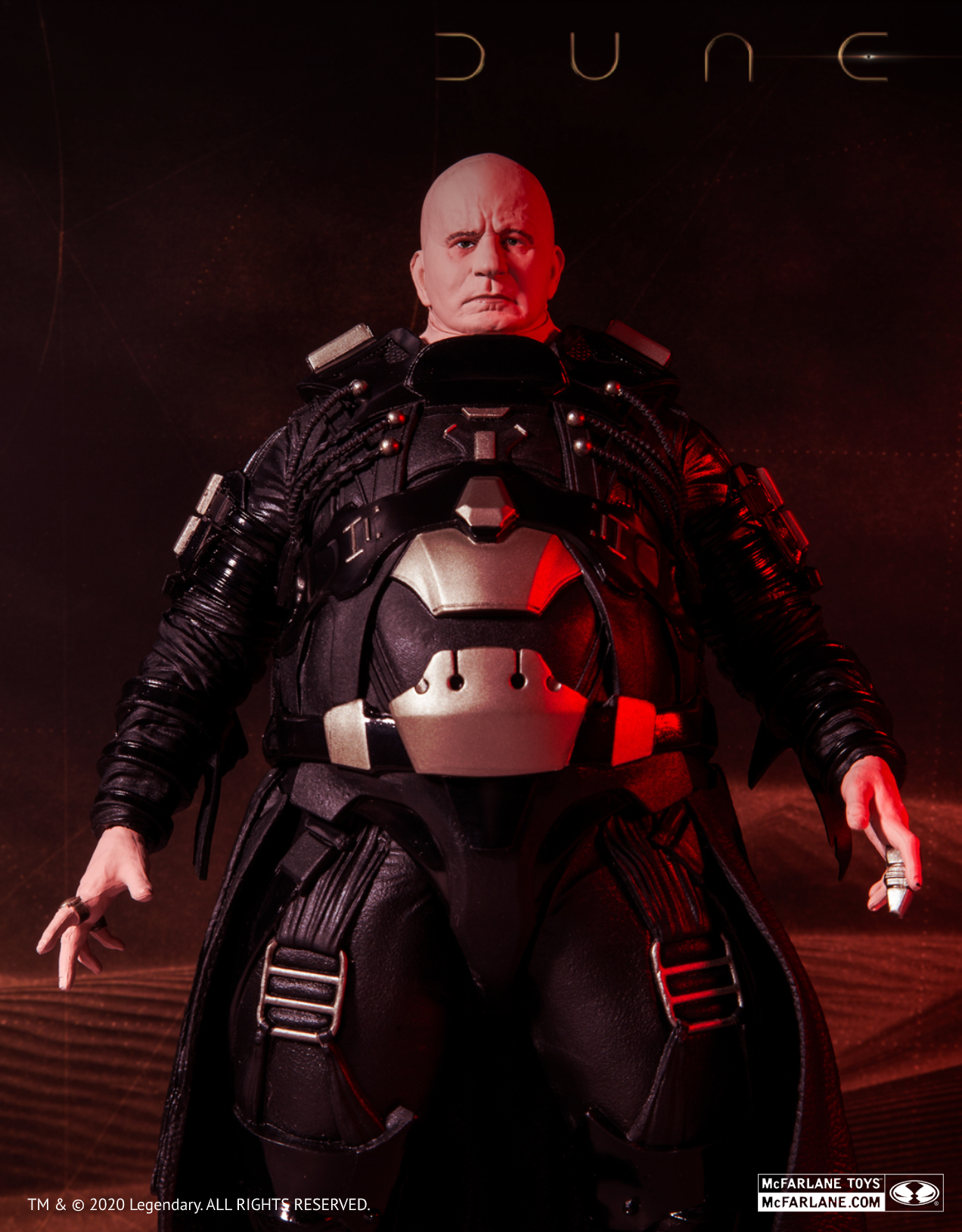 All these collectibles—heroes and villains alike—have ultra articulation. They have up to 22 moving parts so you can pose everyone just right. For example, Duncan Idaho belongs in a fighting stance. To help make your display accurate, each character comes with with various accessories too. You can see the Beast has his trademark inkvine whip, while Duncan Idaho possesses his signature blades.

I’m already into McFarlane Toys’ Dune Build-A collection so far, but I hope they’ll keep releasing more characters. Because I selfishly want all of them. For now though I’ll take being able to pre-order what’s available. These Dune action figures are all listed on Amazon now with a ship date of November 20, 2020—about a month before the film is set to arrive.