Baron Vladimir Harkonnen is out for Atreides blood. The leader of House Harkonnen is Dune‘s primary villain (among a number of other villains). Vicious, manipulative, and more than a little delusional, the Baron is a lot. He moves around only by the grace of anti-gravity devices call suspensors that keep his weight off the ground. He’s the very portrait of excess. You see the Baron has immense wealth and power, but he lacks a sharp edge. However, that may change a little Denis Villeneuve’s upcoming adaptation of the Frank Herbert novel.

Stellan Skarsgård portrays the character in the film, and he brings a certain ferocity to the Harkonnen leader. Villeneuve told Vanity Fair about the adjustment. “As much as I deeply love the book, I felt that the baron was flirting very often with caricature. And I tried to bring him a bit more dimension. That’s why I brought in Stellan. Stellan has something in the eyes. You feel that there’s someone thinking, thinking, thinking—that has tension and is calculating inside, deep in the eyes. I can testify, it can be quite frightening.” 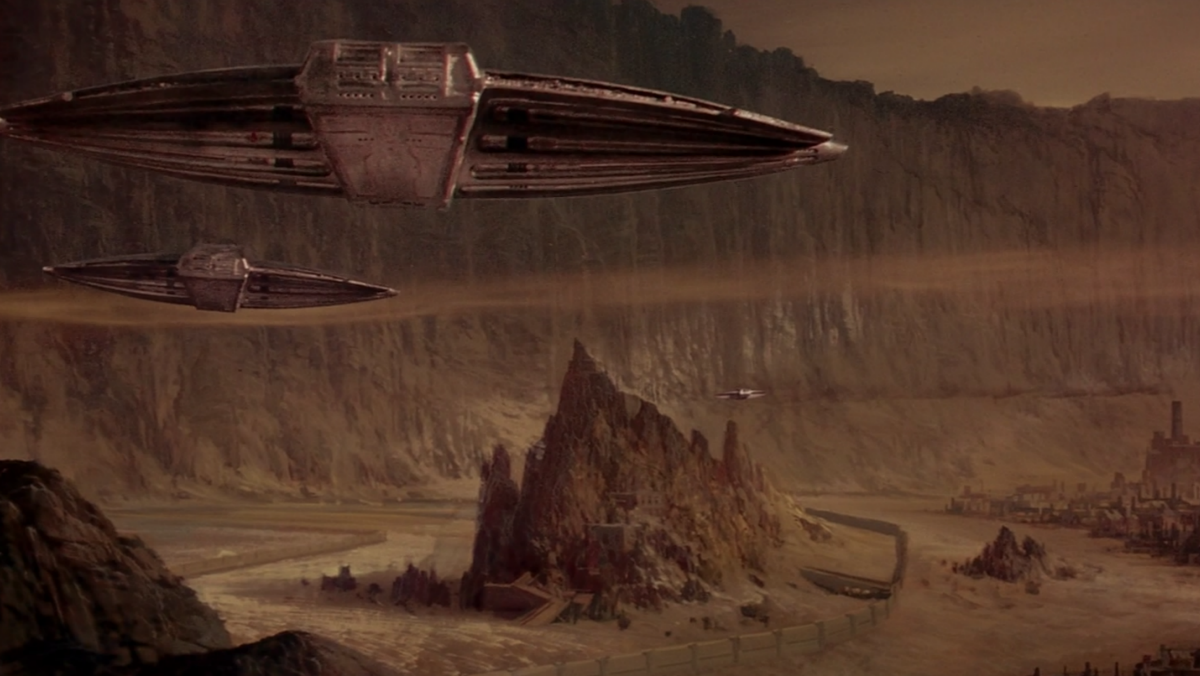 Villeneuve captures it exactly. Baron Harkonnen is a shade too silly in the books. You watch him commit atrocious acts, to be sure, but you’re never afraid of him. At least I haven’t been. He surrounds himself with biddable lackeys who can execute the feints within feints the Baron plots. He is intelligent, but he’s so full of bluster–you almost can’t see past it. I’d love to see him as more predatory and more visibly dangerous. If anyone can pull that off, it’s Stellan Skarsgård. He’ll make a formidable opponent for House Atreides.

Part one of Dune arrives in theaters on December 18.