See Kristofer Hivju as a Giant Lizard on DUCKTALES (Exclusive)

Tormund Giantsbane was a fearless fighter who knew what it was like to go up against rich men who foolishly thought their money and power would protect them. In other words, Game of Thrones was the perfect training ground for Kristofer Hivju’s next role. When you’ve survived the Night King beyond the wall and the Lords of Westeros, you’re ready to grapple with Scrooge McDuck. That’s what Hivju will do when he plays a beloved lizard Viking wrestling champion in an upcoming episode of Disney XD’s DuckTales. And we have your exclusive first clip of Hivju’s foray into the animated squared circle.

On the next episode of DuckTales, “The Rumble for Ragnarok!”, Hivju will play Jormungandr, a popular professional wrestler. Now, every good hero needs a great villain. in this exclusive clip, Jormungandr finds a more-than-willing combatant in David Tennant’s Scrooge, who is ready to accept the challenge. Much to his nephews’ surprise, he already has his own outfit and gear.

The “Greed Monger, the Hated Hoarder, the Famous Millionaire Miser” is a perfect heel to stand up against Hivju’s heroic champion. His gimmick is also a timeless one in the world of pro wrestling. Who wouldn’t hate someone called “The Miser” who collects back taxes at ringside? 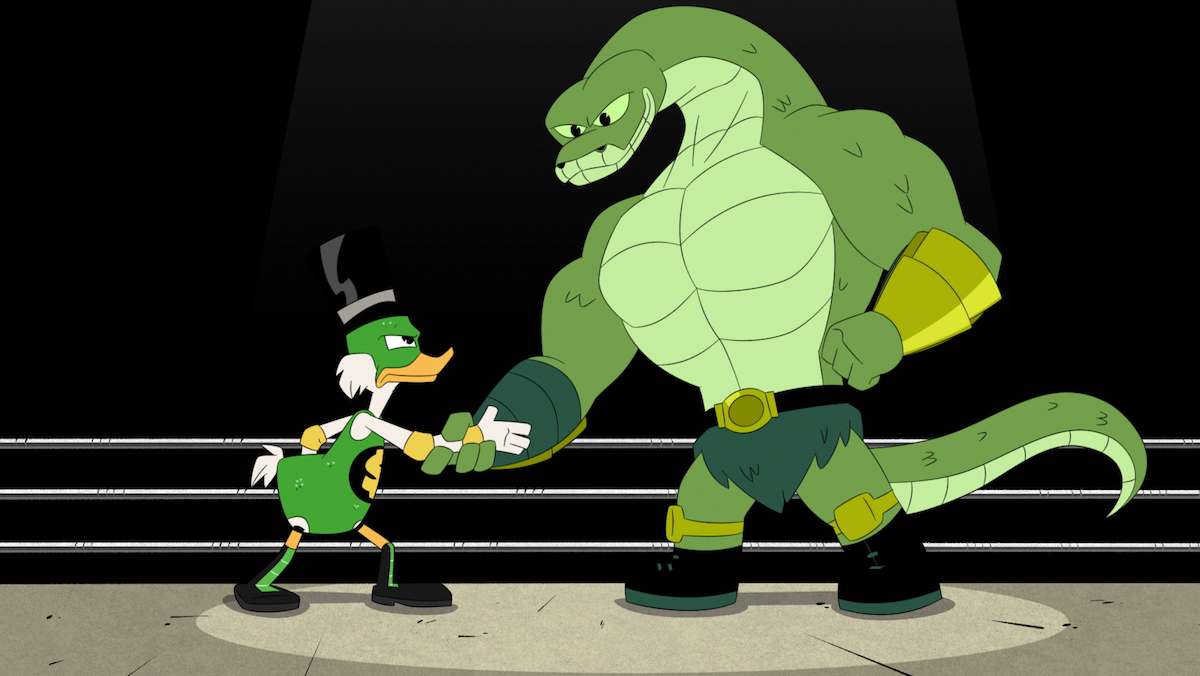 But it’s not just Scrooge who will have to fight the fan-favorite lizard. In the episode, Dewey will also have to embrace his inner bad guy to defeat Jormungandr in a wrestling battle royale. And the stakes are much higher than merely winning over the crowd or earning a championship belt. Dewey is fighting for the very fate of the Earth.Considering his time on Game of Thrones, that always seems to be the case when Kristover Hivju is involved.

“The Rumble for Ragnarok!” premieres Saturday, May 9 at 9:30 a.m. ET/PT on both DisneyXD and at DisneyNOW.