While we’ve seen some extraordinary prosthetics recently—including one that is a real steampunk dream come true—a company by the name of Esper Bionics has developed a bionic hand that appears to work better than most others. In the video below, a wearer by the name of Nika shows off the hand. Using it do everything from peel yogurt tops to wield a beefy knife.

Esper Bionics posted the demonstration to its YouTube channel, noting in the video’s description that the company aims to “transform” the prosthetic industry. “A lot of human augmentation technologies will be born [from this company] to fulfill and prolong the life of people,” Esper says in the description.

In the video, Nika places the bionic hand on her arm, then proceeds to perform a large assortment of tasks. As the video shows, Nika’s able to use the bionic hand to grasp objects, including smaller ones like grapes; something she’s able to do by clasping together the hand’s forefinger and thumb together.

Before Esper, I used a cosmetic #prosthesis, which had no function. I tried to hide it and needed assistance at the same time. #Esperhand clears everything from the first sight and makes me feel independent as I need nobody to do whatever I want”,says Nika Chorna, Esper hand user pic.twitter.com/LDlwqadPVd

A report from the Ukranian news site, LIGA.net, describes how Esper’s bionic hand works; noting that the prosthetic contains myoelectric sensors as the inputs for movement. “Myoelectric” is the term for the electric properties of muscles. And myoelectrically controlled prosthetics like this one use myoeletric inputs—that is, the electrical signals generated naturally by one’s muscles—as the impetus for movement.

On top of interfacing seamlessly with its wearer, Esper’s bionic also improves over time. The company says the bionic hand’s accompanying phone app sends the myoelectric inputs to the cloud. That, in turn, allows its creators to study and improve the algorithms that translate those inputs into digit movements. 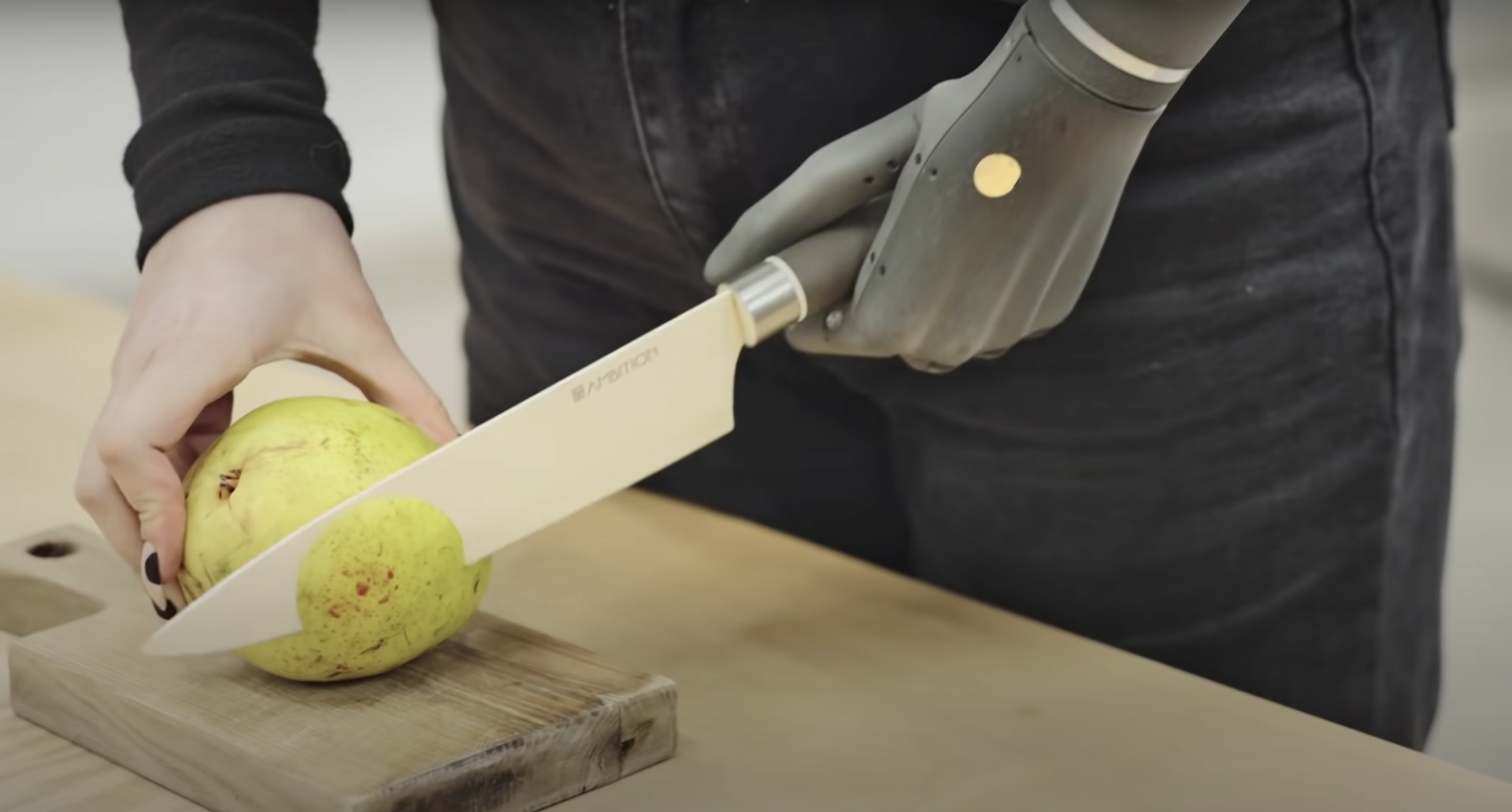 In LIGA.net’s report, Esper says it wants to bring the bionic hand to market by the beginning of next year. If it does, the prosthetics could be a boon for many of the 10,000 Ukranians, as well as people in other parts of the world seeking a prosthetic masterpiece to use.